Chemistry is a cornerstone of FUT, turning your collection of superstars from 11 names on a team sheet into a cohesive unit capable of taking on the world. But even though it’s one of the most important mechanics in the entire game-mode, chemistry has been completely opaque - until now. This year, EA has given us a detailed rundown of how FIFA 19 FUT chemistry works, so you can finally see what effect it really has.

How to see chemistry stat changes -

The biggest change to how players can see chemistry working in FIFA 19 is in the “Attribute Details” menu on every card. On console, you can see a player’s bio, stats for your team, and attribute values by clicking in the right stick.

In FIFA 19, when you open a player’s Attribute Details you’ll be able to see pluses and minuses next to their stats indicating the increase and decrease in the player’s ability based on chemistry. Players with strong chemistry and chemistry styles applied to their cards will have green plus numbers next to key stats. In the example below, Paulo Dybala’s finishing stat of 84 is boosted by 10 because of he’s on a full 10 chemistry and has a Marksman chemistry style applied. 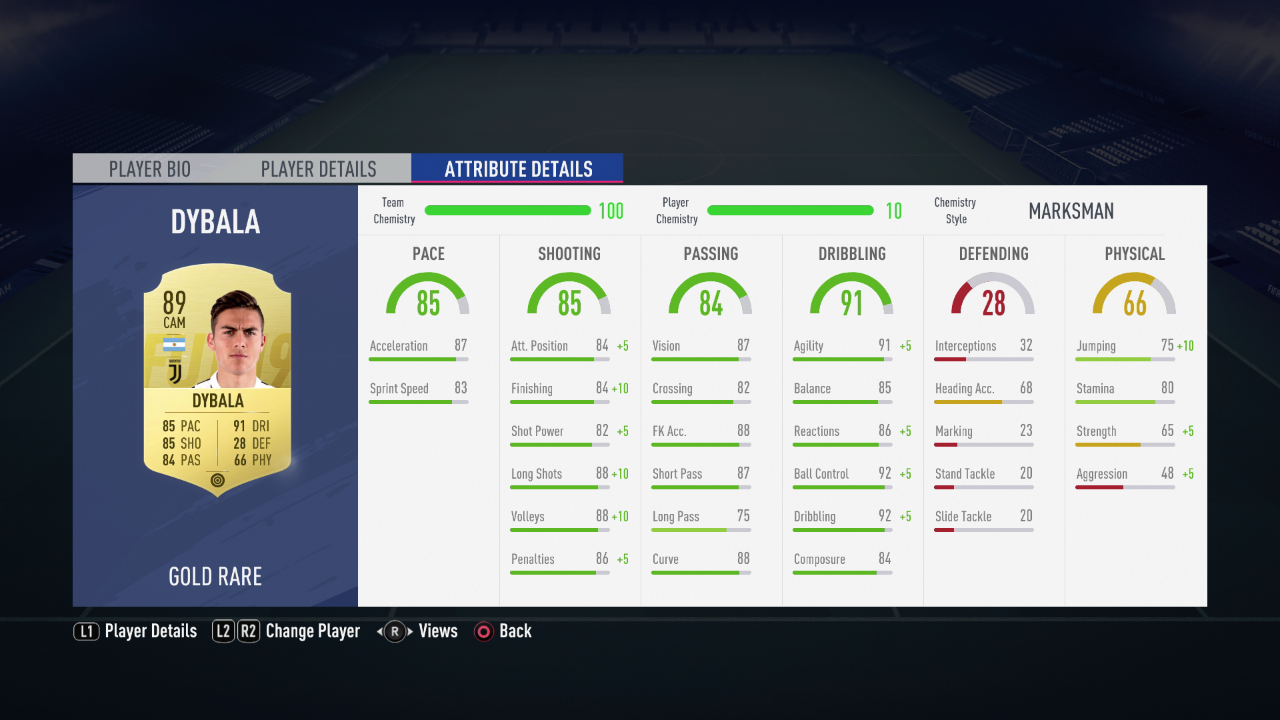 Players played out of position or with players they don’t link with will have very visible downgrades to their attributes. For example, a player who’s only on 2 chemistry will have minus 8 for every attribute. Meaning a Dybala card that’s played out wide would have his in-game acceleration and sprint speed reduced to 79 and 75 respectively - a huge difference. Players with no chemistry at all will receive a massive 25 point reduction in all of their attributes. 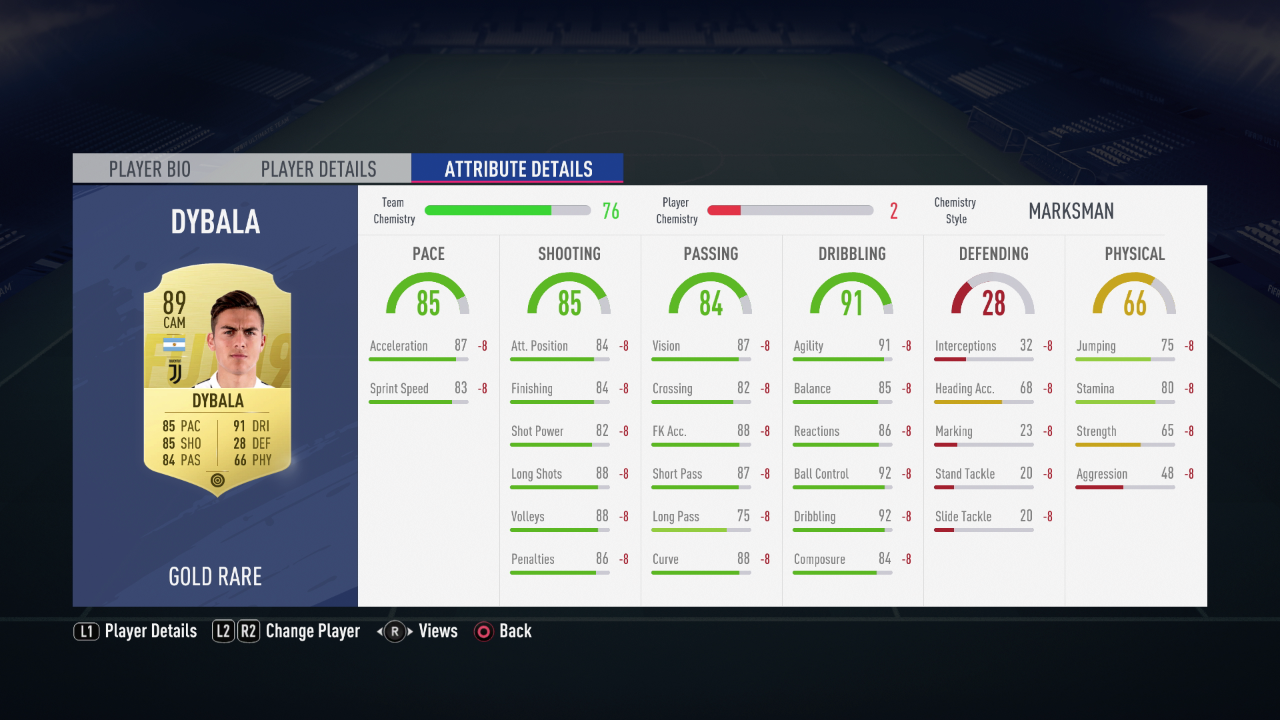 There aren’t any new chemistry styles in FIFA 19, but players now have a distinct icon at the bottom of their card which more clearly shows which they have applied.

All of the chemistry styles, and the attributes they affect are as follows:

The difference between team chemistry and player chemistry:

In FUT 19, both the chemistry of the whole team and the individual player affects stat bonuses or reductions.

How much or how little that effect turns out to be is determined by this formula:

For example, if your team chemistry is 75 but you have a player who is on 9 individual chemistry the maths works like this:

Because 86.25 is above 50, the player in this example would receive a stat boost.

How much chemistry do substitutes have in FIFA 19 FUT?

When you send out a substitute, they’re not exempt from chemistry. Substitutes have a fixed player chemistry of 5, so if you have a high team chemistry, they can still get stat bonuses.

When you’ve kicked off in a match, no tactical changes that you make in the Team Management menu will affect your chemistry - other than substituting a player of course. That means you can freely alter your formation to suit your opponent and change players’ positions at will.

You can read what EA had to say on chemistry over on their Pitch Notes blog.

For more on FUT, get ahead of the game with our list of every new and returning Icon in FIFA 19.

We’ve also got a detailed breakdown of the new FIFA 19 ratings, including the 100 best players in Ultimate Team and Premier League starting 11s in Career Mode.

Once you’ve read up, try your hand at FIFA 19 yourself with the demo - but not before checking out our FIFA 19 guide first.