Destiny: Rise of Iron introduces some lovely new boomsticks. Here's one you'd be proud to hang on your wall. 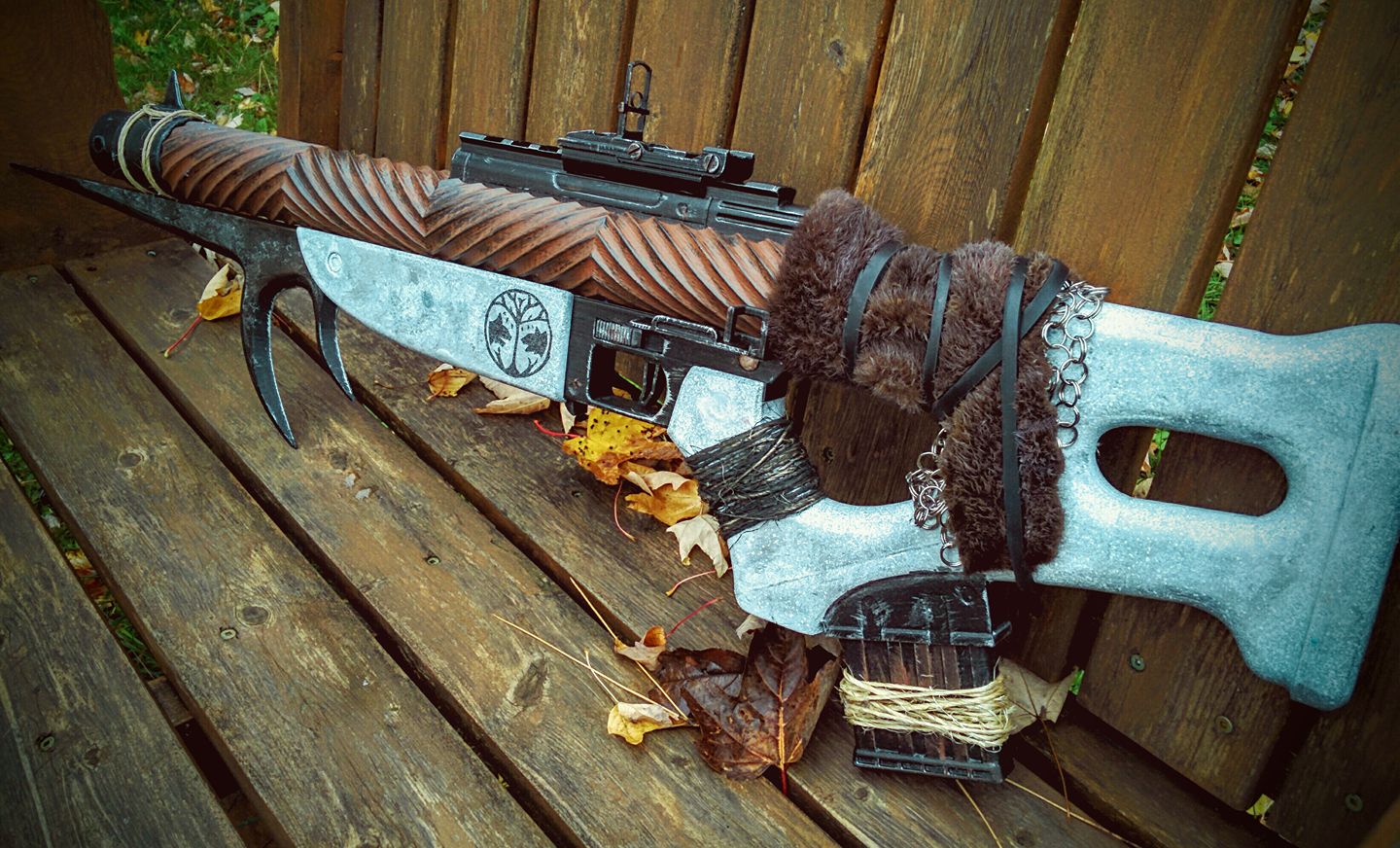 This Destiny: Rise of Iron replica is a gorgeous recreation of Distant Star, a scout rifle won in the Iron Banner.

Created by Redditor DaXLR, it shows off the Iron Banner gear visual theme as seen in Destiny: Rise of Iron - makeshift weapons pieced together from heavy scrap metal, bound with fur to protect the skin against the freezing temperatures in Old Russia.

It's a clever illusion: although the replica is over 1m long, it weighs less than 1kg. It took about a week to put together, and was largely 3D printed from a custom model. The core is a length of PVC pipe, with 24 3D printed parts attached.

Check out some more photos on Imgur. It's a fantastic build, and although the creator says they've been doing a lot of "a lot of tinkering and fabrication" for the past few years, this is their first real prop build. Stick with it, pal; you have a talent for sure.

The Distant Star is one of the most popular weapons in Destiny: Rise of Iron at the moment thanks to a generous drop rate in the last Iron Banner. It ports across to PvE a little better than The Unbent Tree auto rifle.