Japanese gaming mag Famitsu has published a list of the nation's top-100 best-selling games from the 21st Century.

NeoGAF published the list in full and added that it does not count re-releases or digital downloads bought directly from the Nintendo eShop, PSN or Xbox Live. It does, however, count games bundled with hardware and those coming on download cards sold in stores. 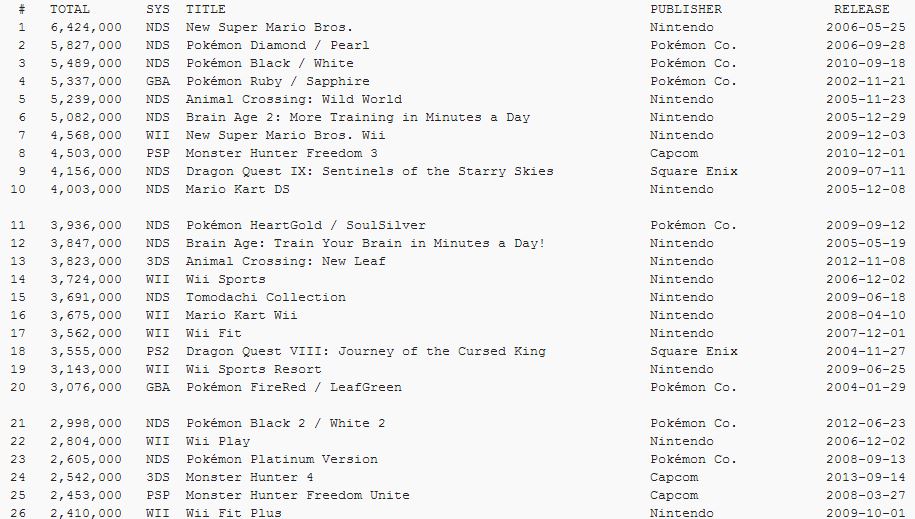 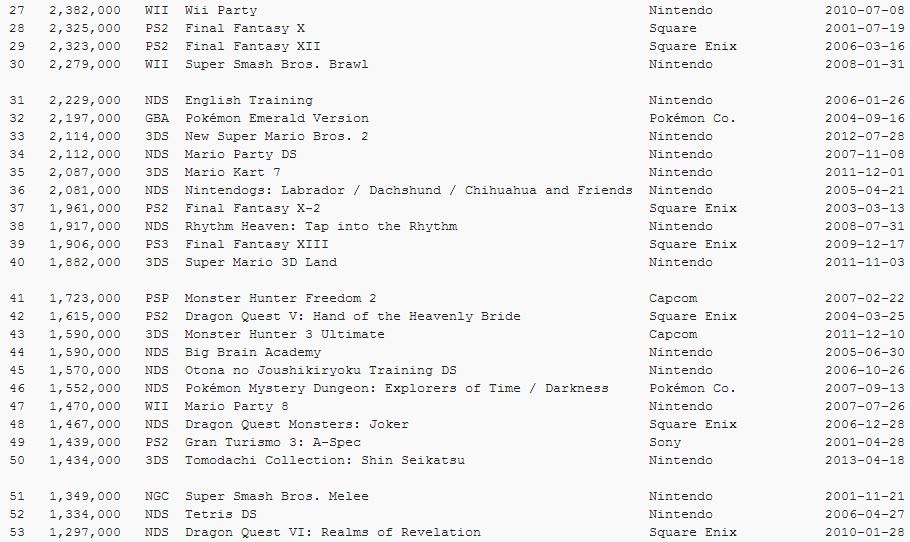 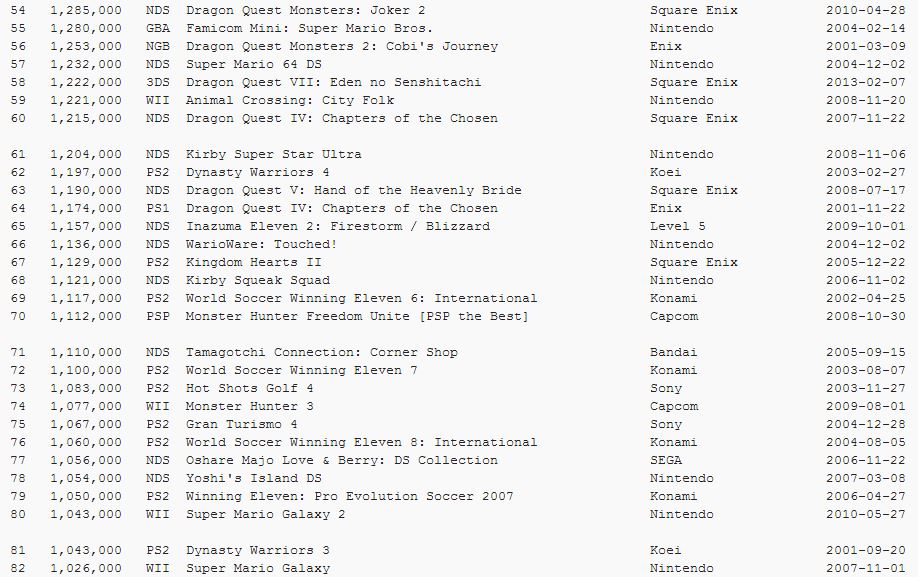