Nintendo's Famicom released in Japan on July 15, 1983 and it brought gaming into many of our homes for the first time. VG247's Dave Cook casts his mind back to the console's UK release and legacy. 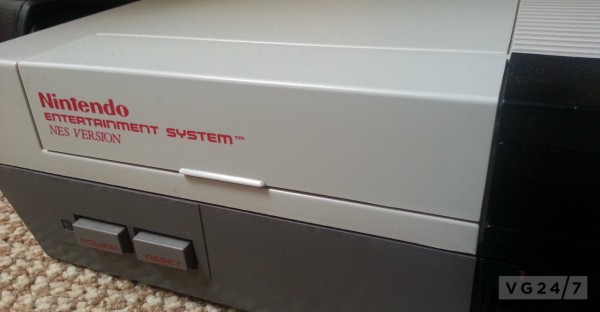 Say what you will about Nintendo's lukewarm Wii U launch last year, but the fact remains that almost all of us owe something to the company's presence in the gaming landscape.

Nintendo's charge into the home video game market began on this day in 1983, when it launched the Famicom console in Japan. It gave rise to many great third-party franchises such as Castlevania and Final Fantasy, as well as in-house icons such as Mario, Samus, Kirby and Link.

Compared to Atari's consoles, the cassette-loading ZX Spectrum and Commodore 64 and other competitors like Intellivision and Colecovision, the Famicom was an 8-bit powerhouse of impressive colours, jaunty chip-tune sounds and slick control. It represented a true generational leap.

In 1985, the cultural phenomenon that followed the Famicom's North American release as Nintendo Entertainment System or 'NES' had never been seen before in the gaming industry. Following the gaming market crash of 1983, Nintendo's console was just what we needed.

More importantly, it showed those on the fence that gaming was a perfectly acceptable hobby, and that it wasn't just the realm of nerds, loners and MIT alumni. Nintendo had proven that gaming could be for everyone, and it's a message the company pushed to new degrees when it launched the Wii.

In just a few short years Nintendo's impact on general culture was immeasurable. From the Super Mario Bros. Super Show animated series, to the news-stand visibility of Nintendo Power magazine, and the reams of Nintendo-branded merchandise that followed - Nintendo cereal anyone? - gaming had never been so embraced by the general public.

The Famicom wasn't just culturally influential, but it also raised the profile of many modern marquee developers such as Mega Man co-creator Keiji Inafune, and it helped inspire a new generation of gamers to pursue careers in game development, many of whom are still active in the industry today.

These are things I think about when I remember my own experience with NES, but there's also the little things like blowing the dust out of my favourite cartridge whenever it wouldn't boot, or leaving my friend's game of Super Mario Bros. 3 running for over a day while we attempted to complete it.

In the absence of a save feature, we had to leave the game running during mealtimes, while we were outside playing and over night or we'd lose our progress. We returned the next day to find the game had crashed, and with it our souls were crushed. It was a kick in the nuts to be sure, but we had an insane amount of fun while playing.

Learning the Konami code to give us 30 lives in Probotector (the UK name for Contra) was a stunning revelation. We finally had a chance to actually try and beat the rock hard game, but we never did. I also remember playing Rad Racer for the first time with Squaresoft's bundled 3D glasses and thinking that it was the way of the future.

I still have my copy of Rad Racer today, glasses and all: 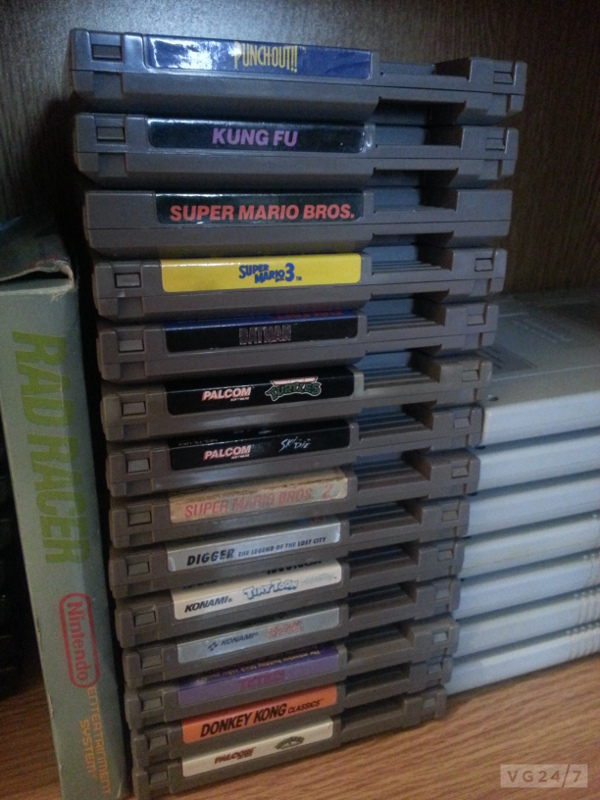 The Famicom / NES is a console I hold dear to my heart and it's a machine that has inspired so many of us to keep up our gaming hobby, and in the case of developers it convinced them to chase a career within the industry.

Happy 30th birthday Famicom, your impact on the world simply can't be understated.

Feel free to share your own Famicom memories with us below.