Thomas Jefferson would’ve loved Fallout 76. The Bethesda game was a disappointment for many, not quite RPG, not quite MMO. But for the third president of the United States? It would’ve represented the fulfillment of a lifelong dream to see gigantic sloths walk the earth.

The story of the mega sloth begins not with Jefferson but with John Stuart, veteran of the US War of Independence. Stuart was famous for settling Greenbrier County, the lush green area where you’ll find the Whitespring Resort in Fallout’s West Virginia, and for leading troops in a series of bloody battles against the Native Americans there. It was Stuart who recorded the slaughter of four Shawnee Native American diplomats at Point Pleasant; one of them, Chief Cornstalk, had been a crucial proponent of peace, and his death was considered a curse on the area. It later became fuel for the myth of the Mothman.

“People in Point Pleasant really do believe it,” local geographer Dave Chaffins says. “That he put this curse upon the land.” 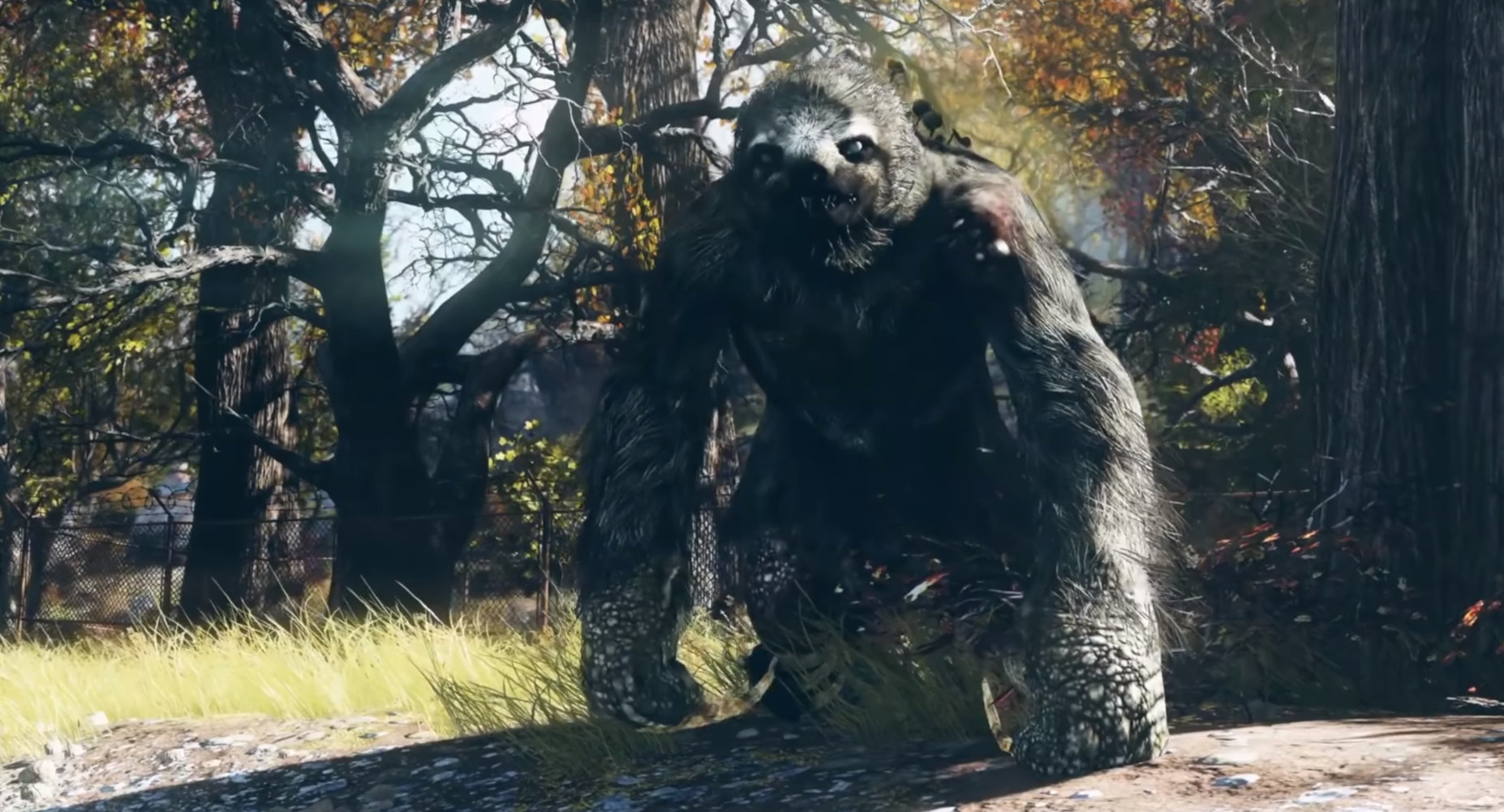 Once his Native American-murdering days were over, Stuart retired to Lewisburg where, in the 1790s, saltpetre manufacturers stumbled upon fossilised bones just five miles from his home. Stuart suspected the bones “might afford some amusement” for Jefferson, an avid letter correspondent, little knowing they would spark a mission the future president would be unable to let go.

“I cannot help believing that this animal as well as the Mammoth are still existing,” a grateful Jefferson wrote to Stuart. “The annihilation of any species of existence is so unexampled in any parts of the economy of nature which we see.” Jefferson wasted no time in presenting the bones to the American Philosophical Society, who named the species Megalonyx jeffersonii. Yet that wasn’t enough for him.

As a founding father of the United States, Jefferson had a vested interest in proving that giant sloths and mammoths still roamed the land. European thinkers of the time argued that the fauna found in the New World simply wasn’t to their standards - and so finding impressive species in America would in itself be a patriotic act. What’s more, the idea that animals could be wiped from the planet forever was a controversial and much-debated one in the late 18th century. Jefferson believed that “the movements of nature are in a never-ending circle” - less the True Detective reference it sounds like, and more a rejection of the entire concept of extinction.

A few years later, Jefferson was president of an expanding country. In 1803 he oversaw the Louisiana Purchase, nearly doubling the size of the US after negotiations with Napoleon. That new land needed mapping, and so a corps of US Army volunteers was sent out to explore it under the command of Meriwether Lewis and William Clark. The journey had a clear political and economic purpose, to establish American control and local trade, but Jefferson had an ulterior motive: to discover Megalonyx in the wild and prove the giant ground sloth wasn’t extinct.

Lewis and Clark documented plenty of plants and wildlife during their expedition, becoming celebrated pioneers in the centuries that followed. But they found no living mega sloth, a fact that seemed to weigh on Jefferson in his later years.

“Certain races of animals are become extinct,” he admitted in writing to John Adams in 1823. “And were there no restoring power, all existences might extinguish successively, one by one, until all should be reduced to a shapeless chaos.”

It’s a bleak existential conclusion to the quest that had occupied Jefferson’s thoughts for decades. But he might have found some comfort in Fallout 76, where mega sloths lumber through the swamps. 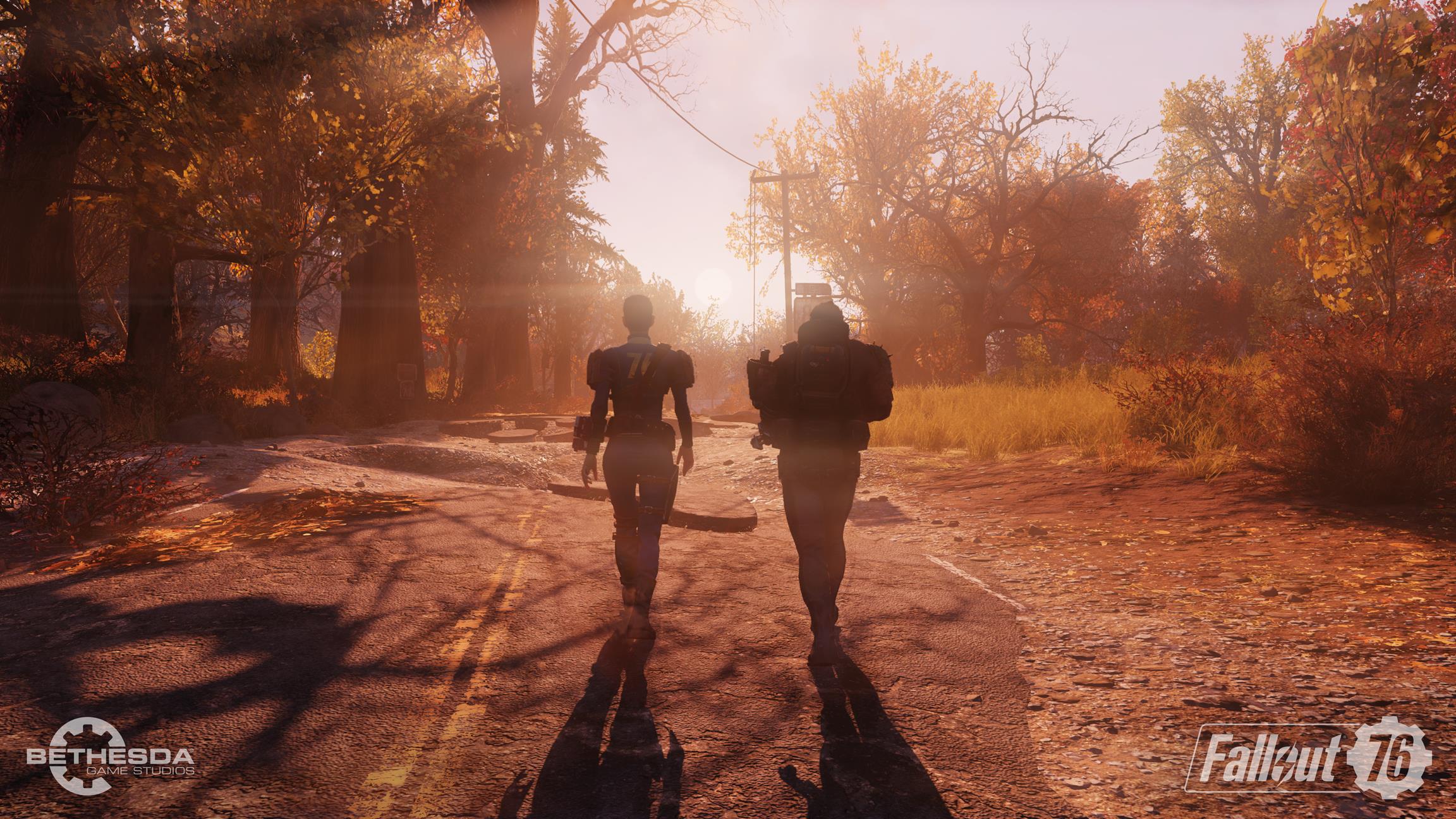 Just like its real-life equivalent, the filthy fur of Fallout’s sloth is a living ecosystem - home to gaggles of mushrooms that produce spores when attacked. It makes a tough opponent, scratching and throwing rocks, far faster on its three-toed feet than you might expect. Left to its own devices, though, the mega sloth is docile - a nine-foot testament to the quality of mutated wildlife in the post-apocalyptic New World.

There is, of course, an in-game story to explain its existence. The pre-war Garrahan Mining Company was a family business, but one of its heirs, Isaac, devoted huge amounts of time to his pet sloths instead - declaring himself their saviour and master. In the Appalachian wasteland, the Garrahans have left two legacies: a high-rise estate, and the mutated sloths that meander across the Mire.

It’s a typically goofy tale from Bethesda’s writers. There’s American history here, though, that far predates the fictional exploits of the Garrahans. Fallout’s bombs might have changed Jefferson’s country beyond recognition - and the flashing computer lights would have taken some adjustment for a man of the 18th century - but the president would have seen in the sloths the never-ending circle of nature he’d once believed in.

Thanks to Dave Chaffins, West Virginian geographer and student of Appalachian Studies. Dave is co-host of the excellent Cryptid Cast.