The final Fallout 76 beta session starts today and Bethesda has commented on a few key changes it will be looking to make.

The Fallout 76 beta began in October and has garnered mixed opinions. Aside from the bug that deleted the entire game from your console, players have dealt with the usual bugs expected from a Bethesda game as well as providing feedback on Fallout 76's key mechanics.

Stash and inventory size, problems inviting friends to your party and the game just being too darn loud are some of the most common comments from players. In a recent Reddit post, Bethesda commented on the changes it was looking to make before or for launch, as well as post-launch. 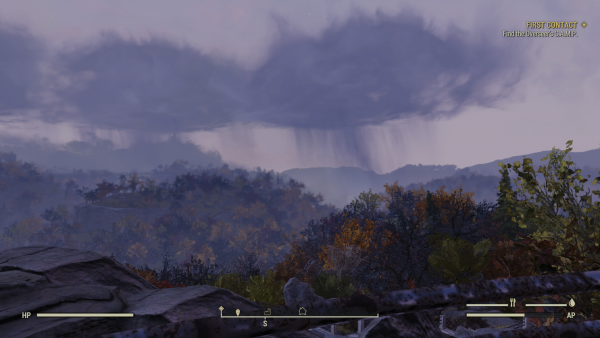 Many of these fixes are geared towards PC players, particularly the ultra-wide support and push-to-talk. Currently, voice chat is on by default, whereas players have asked for an opt-in system that Bethesda has confirmed they will be adding in the near future.

Ultra-wide support is also expected post-launch, though it's unlikely that a FOV slider will be added. Bethesda acknowledges that having a slider often interferes with the games' animations and hasn't supported them in any of its previous titles.

While you were previously able to unlock the frame-rate through the game’s .ini files, this is no longer possible. Fallout 76's frame rate was locked to 63fps on PC in a recent patch, as well as locking the ability to tweak FOV and frame rate.

Stash issues are one of the most common complaints in Fallout 76 as you simply run out of space far too quickly. This issue will most likely be dealt with post-launch as Bethesda claims dealing with the stash size will "get easier over time".

As Fallout 76 is completely online, you'd hope that inviting your friends to join your party would be easy and fast. Whilst some players continue to experience difficulty, Bethesda has said that most of the issues around the social menu and making teams should now be fixed. 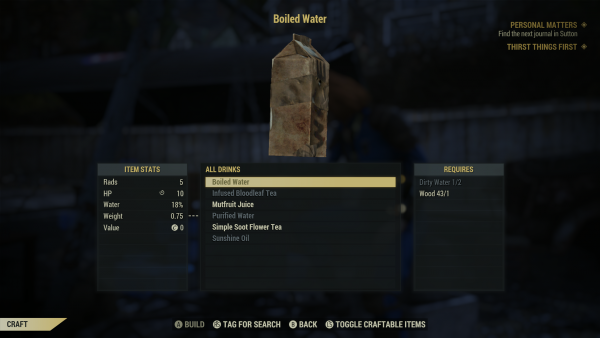 Hunger issues were also addressed and fixes will be included in future updates, as well as any sound issues being dealt with before launch.

Finally, there are the tattletales that ratted out all the good exploits. Known exploits will be dealt with in a future update, though we're not sure if that's at launch or after.

The most recent patch, released on November 5, addressed some balance changes. Melee damage has been increased across many mid- and high-level enemies, as well as health and damage resistance for some Scorched.

Players now have the option to limit in-game voice chat to Xbox One friends only and issues regarding teammate visibility in the social menu have now been fixed.

If you're not sure whether Fallout 76 is the game for you, check out our guide on what you should know before playing Fallout 76.