It’s not easy to find the perfect spot to call home in Fallout 76.

Not only do you have the usual wildlife and ghouls to contend with, you now need to defend your prime real estate from other players.

Settlements in Fallout 4 were often strategically placed next to huge structures with lots of loot, near lots of water or near a herd of Brahmin, so we’ve come up with this guide to help you pick the bests spots in Appalachia to call home, how to build a CAMP and use the blueprints, and a few other helpful suggestions along the way. 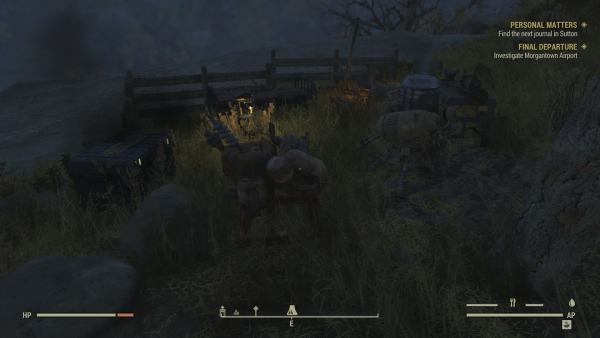 Fallout 76: where to build your CAMP

Fallout 76’s map is huge, so you’d think there’d be enough room for everybody, right?

Those who’ve spent a good chunk of time in Appalachia will know that you’ll set up a CAMP and be all pleased with yourself before discovering an unfriendly neighbour just down the road that will obliterate you and your CAMP before you can send over a team request.

As such, many players aren’t giving away the locations of their CAMPS, lest a group of outlaws come and trash their temporary home from home.

It’s also worth noting that if someone spawns at your CAMP, they can override it and yours will be packed away until you come back online. It’s free real estate, after all.

Depending on whether you’re new to the game or a veteran, there are a few places you might want to consider building your CAMP near:

Or, if you like a challenge or a bit of punishment:

You could also head to locations such as train stations, the Lumber Mill, farms or faction locations like the Viper’s Nest or Fort Defiance from the Brotherhood of Steel. Being near civilisation, or towns, means that some robot pals might jump to your defence should enemies or other players attack. 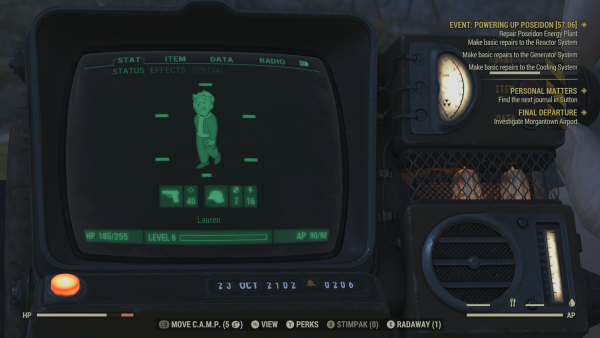 Open up your Pip-Boy, and press LB/ L1 to open up the CAMP screen, You’ll need to wait until the kit is green before placing it, and then you’re free to transfer your junk to it or build.

You can build an entirely new CAMP each time or you can use the blueprint feature to save an impressive build. We’ve made a quick one for you, which is the aptly named Shit Camp. 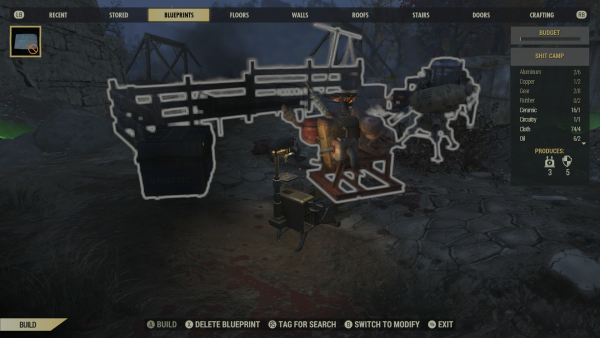 You can pick the CAMP back up, but if you move to another location and open your Pip-Boy, you can move your CAMP for a few caps.

You can build foundations, walls, windows and have some nice furnishings in your CAMP, but there are a few key items you should consider building that will actually help you survive in Fallout 76, as opposed to becoming The Real Housewives of Appalachia.

In every CAMP, you should be building:

You’ll also want to fortify your CAMP and any Turrets you place to ward off any predators or players. Make towering structures for Turrets, conceal them, whatever suits you best, but remember not to impede their firing line or they become totally useless.

Once you start building generators, remember to protect them too, else you’ll spend 100 years repairing electrical gear as you did in Fallout 4. 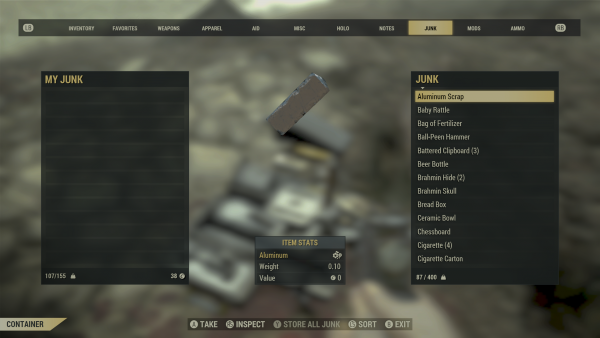 You stash is still limited to 400, but Bethesda is planning to expand on that in the coming weeks. Some players aren’t finding an issue with carrying capacity limits as they aren’t bothering to build up a CAMP, but we know some of you are going for huge settlement type builds, so we’ll update you when we know more.

You can also build CAMPs near your friends to make a mega city and you can pretend you’re playing a really intense version of The Sims.

It’s a good idea to move and update your CAMP regularly as well as make repairs as quickly as possible. If you try to take over a CAMP you’ll be hit with a Wanted debuff and you’ll gain negative popularity, sort of like the Bad Karma we saw in Fallout 3.

You can buy flooring in the Atom Store that's just as expensive as a square metre of flooring in real life, as well as other aesthetically pleasing items.

The rest is up to you; whether it’s a cosy campfire or a palace, go wild.

For everything else, check out our Fallout 76 guide.