Fall Guys players will soon be able to dress up as Godzilla.

Just in time for Godzilla Day, the popular Godzilla Festival in Japan, Fall Guys players will be able to purchase a Godzilla outfit for their bean in the game.

Starting November 3, and for a limited time, you will be able to purchase the special costume for ten crowns.

The costume features three rows of dorsal fins and has been adapted to fit in with the game while maintaining historical characteristics. 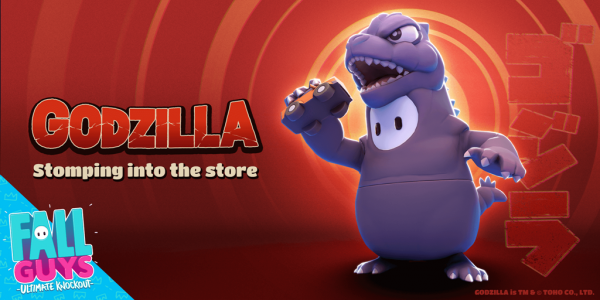 On November 3, 1954, Godzilla made his first appearance in the Toho film of the same name. This date has since become the official birthday of the monster, with its own festival, held annually in Japan.

In 2019, it gathered more than 20,000 visitors and expects even more people this year for an online edition.

Fall Guys is currently in Season 2 and is available on PS4 and Steam.