Mediatonic and Disney have teamed up to bring you a new set of skins for your beans in Fall Guys.

Tron, Quorra, Rinzler, and Sark are all coming to Fall Guys in jelly bean form.

Dropping May 24, you can deck out your character in these costumes, replete with glowing circuitry and sci-fi flourishes.

Since Tron was first released in 1982, the sci-fi costumes will fit in well with the game's season 4 which is 80s themed.

The game was most recently updated to 4.5 which added two new rounds to the game: The Slimescraper and Button Bashers. The update also added 55 additional variations across 12 Rounds, including low-gravity variants of Hex-a-gone and Thin Ice.

Alongside the new rounds, some adjustments and improvements were made and some fixes were applied.

With over 40 million players across PC and PlayStation, Fall Guys is also coming to Switch and Xbox One. Originally slated for summer, the release on both consoles has seen a delay with a new release window to be determined. 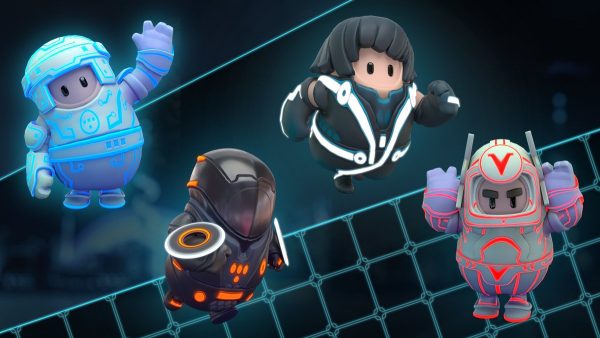