Codemasters, as promised, has formally announced F1 2011 ahead of this weekend's Australian Grand Prix, and confirmed it for a September launch in Europe and the US.

It'll arrive in Europe on September 23 and in the US on September 20 for PS3, 360 and PC. And as previously speculated, NGP and 3DS versions have also been confirmed. Release dates for them versions are yet to be confirmed.

F1 2011 will feature "wide-ranging technical and gameplay advancements on and off track" over F1 2010, with competitive and cooperative multiplayer components "vastly extended."

As last year, the game will include all the teams, drivers - including world champion Sebastian Vettel - and circuits, including the reintroduction of the Nurburgring for this year's German Grand Prix and the newly-added Indian Grand Prix.

Fans are also invited to ask questions about the game on YouTube, with the best questions selected by the development team to come to Codemasters Birmingham to check out the game and personally ask their questions for a first look video.

Those not able to make it can also ask pre-recorded questions for future videos on the game.

The game's boxart is below. 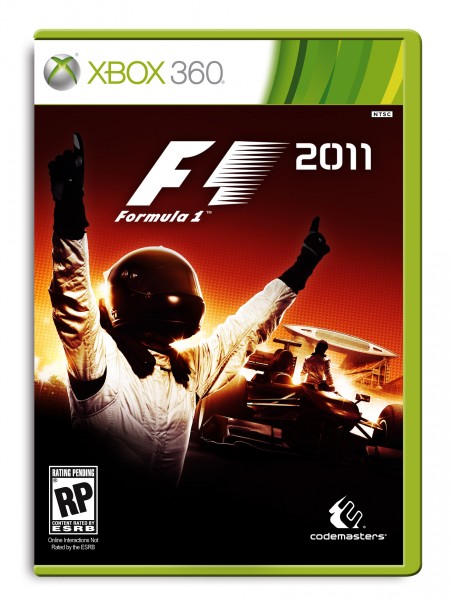