Former Call of Duty community manager and creative director Robert Bowling is at the helm of a new development studio, Robotoki. 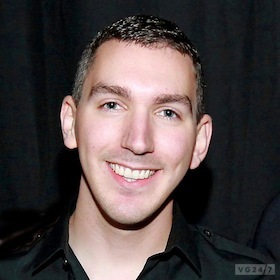 The new studio is already hiring, and expects to reveal its first project later this year, for consoles, mobile and PC.

Speaking to GameInformer, Bowling said Robotoki wants to focus on "creating a universe first, experiences second, and game mechanics last" so that i can produce "experiences that transcend platforms and genres and allow our players to connect to our world, their characters, and gameplay via any medium".

“However, how they experience the world is unique to their device. The mobile / tablet experience should not mimic the console or PC experience, it should be additive to it, not supplemental. Allowing them to support their console and PC experience, continue their progression, but by experiencing the world in a meaningful and unique way," he explained.

The new company will be independently funded and won't compromise on this business model, because Bowling envisions "an environment where the creative vision holders held complete control over their work and could guide and maintain it from concept to execution".

Best known by his handle FourZeroTwo, Bowling became the public face of Infinty Ward and the Modern Warfare series over the last few years. He first joined the franchise in 2006 and earned a reputation as a passionate and communicative community manager.

Bowling abruptly announced his departure from Call of Duty, Infinity Ward and Activision in late March.

Perhaps relatedly, the former creative director emphasised that Robotoki is focussed on its creative staffers, and commented that the industry has "a lot to learn on how to treat talent".

Although industry turn over is high, Infinity Ward in particular has been the subject of several high profile departures, most notably the exit of founders Jason West and Vince Zampella, who bled off a sizeable portion of the staff for new venture Respawn.