Come prepared to learn and Endless Space 2 will impress, then sink its claws deep. 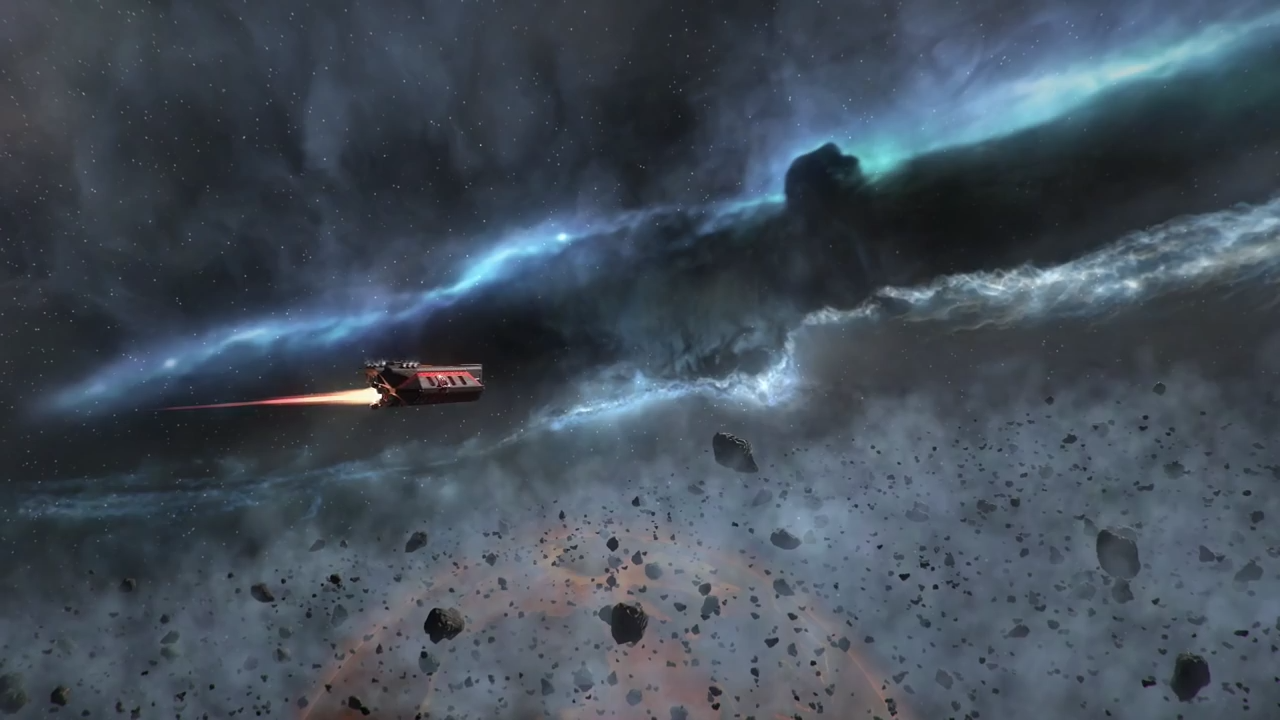 I love a good 4X strategy game. They're the perfect time sinks for when things are quiet or when you don't want to think too much. That's perfect for me in my pre-E3 mode where I'm running about like a mad man trying to schedule appointments, and so in between getting addicted to Minecraft again on Switch and practising combos in Injustice 2 I've been exploring Endless Space 2, the latest game in which you carry out the classic four X actions: Explore, Expand, Exploit and Exterminate.

"Endless Space 2's strong sense of personality takes many forms, though for my money the best is in how different the game feels depending on which of the factions you're playing."

To understand where Endless Space 2 comes from we first have to talk about its developer, Amplitude Studios. The obvious answer to the question of its origins would be 'Endless Space 1', yes, but there's a little more to it than that. Amplitude put out Endless Space back in 2012, but since then they've released two more games before hitting up a sequel. Dungeon of the Endless way a foray into roguelike territory, but more important to understanding this game is Endless Legend, another 4X game that arrived two years after the original Endless Space. The point is this, anyway: Endless Space 2 owes as much to the more Civilization-like Endless Legend as it does its predecessor - and that's no bad thing.

The first Endless Space was a good but not great title that showed an enormous amount of potential but struggled to really differentiate itself in any way. Endless Legend really seemed to help Amplitude find a voice, and for my money that's one of the best strategy games available on PC period. Endless Space 2 takes that flair for personality and style and pushes it into the deep and potentially unwelcoming harshness of space - but this time where the first game in the series struggled, Endless Space 2 now is now awash with charm and personality.

Endless Space 2's strong sense of personality takes many forms, though for my money the best is in how different the game feels depending on which of the factions you're playing. Each faction has its own unique methods of doing things. These might be unique ways of colonising worlds, or the use of a unique currency for gauging growth. In a world where not every race even needs to eat, for instance, it of course it makes sense that for some food will be irrelevant, and so that plays into things here. 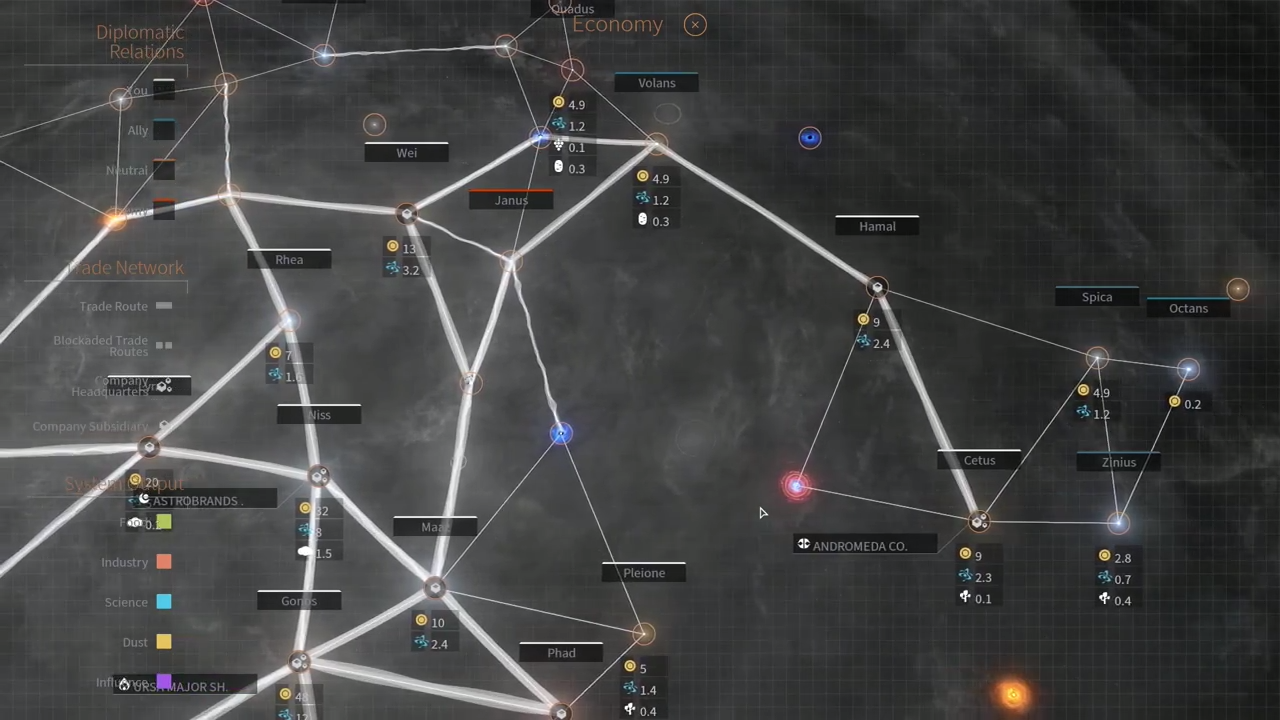 You'll quickly find yourself becoming aware not only of the quirks of your own faction, but also those of your allies and enemies: the unique ways in which they accomplish the tent-pole goals of the 4X genre mean that different factions will come at you in very different ways even when controlled by the AI. This has positives and negatives as sometimes it can be difficult to properly ascertain the capabilities of your enemies, but I still like the system in general.

Throw in the fact that each faction even has its own unique look, style and musical signature style that'll play along with you, and all of this ends up making a significant difference to the feel of the game, and that's important.

While these sorts of strategy games are all about the systems, I do think that feel - nebulous a word as it is - is far more important than most might initially think. These are games you can spend hundreds of hours with, and it's important that their world feel welcoming and interesting even when the AI is encroaching on your borders. That's a feeling that Endless Space 2 nails - and so that's why I wanted to lead with it. This is the first space-based 4X game in a long time that's made me feel that way, though Wargaming's recent reboot of Master of Orion came close.

Let's talk systems, then. Endless Space 2 has everything you'd expect for this kind of game, with research and development of technology in areas that can broadly be described as militaristic, social and scientific. It's up to you to balance the budget and your approach in order to not end up too weak in one area or too overly built in another. I'll be honest: the interface is intimidating. I play a lot of games of this ilk and even I was daunted a touch at the start.

This perhaps is the touch of recent Civ and my 275 hours on Civ 5: it makes you soft. This is not soft. The first few minutes with the menus properly gave me the fear as what felt like thousands of tooltip-holding buttons exploded into existence before my very eyes. This is still far more accessible than the previous game, but lordy: there's a lot to learn. The tutorials are actually plentiful and much improved, but when they just float up in generic boxes in a game that's randomly generated rather than a specific tutorial mission it can be hard to get a handle on things.

"Endless Space 2 solves one of my 4X game pet peeves: when your decisions have such weight that it becomes difficult to correct course after a while."

When you do, however, it clicks. The many options become a boon rather than a thorn and you'll find yourself cycling through menus with keyboard shortcuts every turn like a person possessed. Best of all is how open Endless Space always feels no matter what path you take through research and development.

Where in many strategy games you can feel 'locked in' to a specific type of victory or path through the remainder of the game once you've made a number of R&D decisions, Endless Space 2 takes an awfully long time to reach that point, making each run through the game more immediately satisfying and interesting and allowing for more experimentation. Basically, Endless Space 2 solves one of my 4X game pet peeves: when your decisions have such weight that it becomes difficult to correct course after a while.

This is just more complication and the sort of thing that strategy purists will adore, but the nice thing is that if you want to stick to one path the game makes it relatively easy to do so. Plus there's one other new addition to help - recommended items which get flagged to you as things you should research to keep up. Endless Space 2 ultimately isn't a full on wilderness of complicated stuff, but you should be at least half-aware that you're going to face a more steep learning curve than the average. It's user friendly, but it's also the sort of friend that's going to force you to learn if you like it or not. Those who complain Civ has gone too soft will be very happy here.

The final major pillars of the game are war and diplomacy. War features prominently, though there's a weird paradox to how it's presented. Loads of effort has clearly gone into rendering awesome-looking space battles and even giving you a bit of customisation of the look of your fleets, but then the actual battles are fully automated. You select a few pre-battle strategies and then set the computer to do the fighting for you. You can watch it if you want, and it's pretty, but there's nothing to actually do. Before long the hard graft that went into rendering fights will go to waste as you'll quickly start to auto-resolve battles without watching them. It's a strange choice. 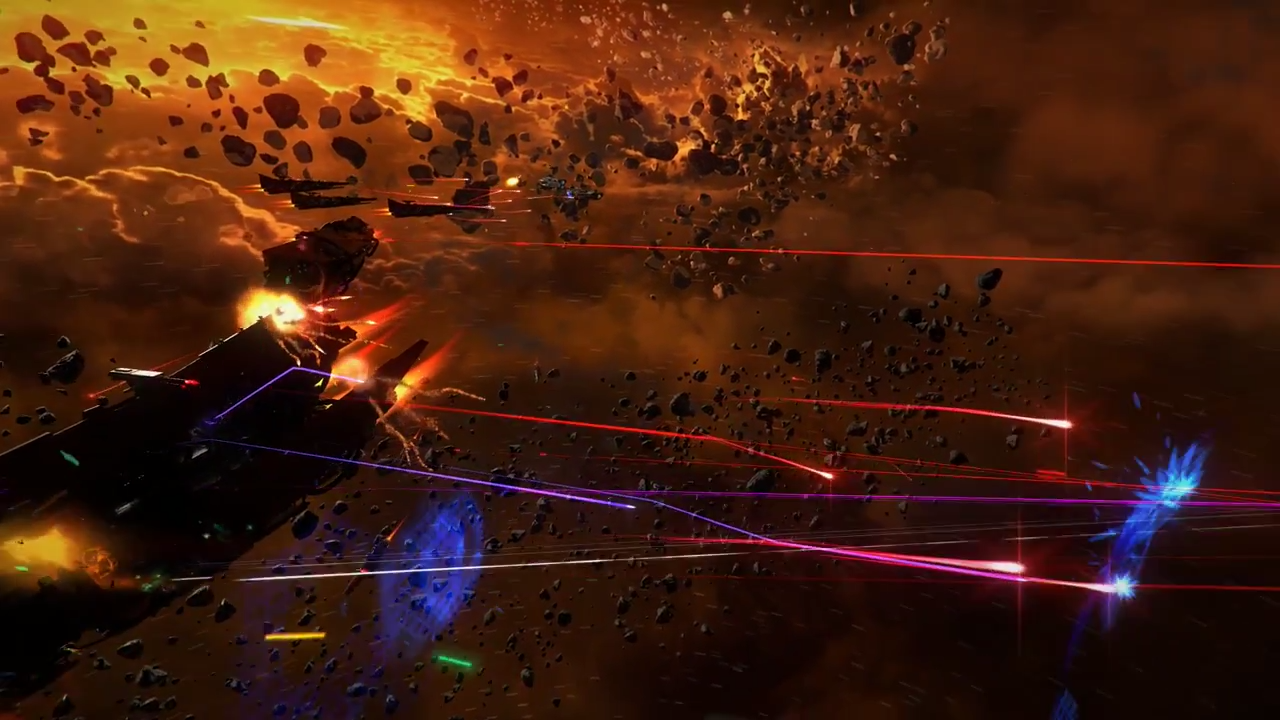 More obviously successful in accomplishing its goals are systems like diplomacy and trade. These systems feel particularly well executed, and diplomacy became one of the most important means of remaining safe for the empires I ended up commanding. War just didn't grab me like it usually does in these sorts of games, but part of that was because trade and diplomacy were so much more satisfying than the norm.

Endless Space 2 has been in early access for a while, and in the time I've been playing it significant patches have landed to shore up some aspects of the game including tweaks to the AI and to balance. The team at Amplitude seem determined to find the sweet spot for their space adventure, and it's fair to say that Endless Space 2 feels like it's now comfortable - just in time for final release.

There's a lot I haven't had time to mention properly too, such as gorgeous artistic direction and brilliant race-specific quest lines that play out in an RPG-like manner. There's a whole lot to this game.

At first daunting, you quickly come to realise how elegantly-designed and balanced its systems are, and that's essentially the most important ingredient for making the kind of strategy 4X experience you can spend hundreds of hours with. It's officially out now, but I'm especially keen to see how it continues to develop with patches. Rest assured that what's available now is well worth your time, but be prepared to learn.