One of the most interesting creatures from the world of Minecraft, an Enderman is a tough adversary in Minecraft Dungeons too.

Like in regular Minecraft, if you don’t look at an Enderman then they aren’t aggressive. But stare at one for too long - or if you attack first - and you’re in for a world of hurt.

While an Enterman is hard to deal with at first, there are a few sure strategies to deal with them quickly and effectively. The first one you encounter will probably be in the Soggy Swamp, but they pop up throughout your whole adventure. 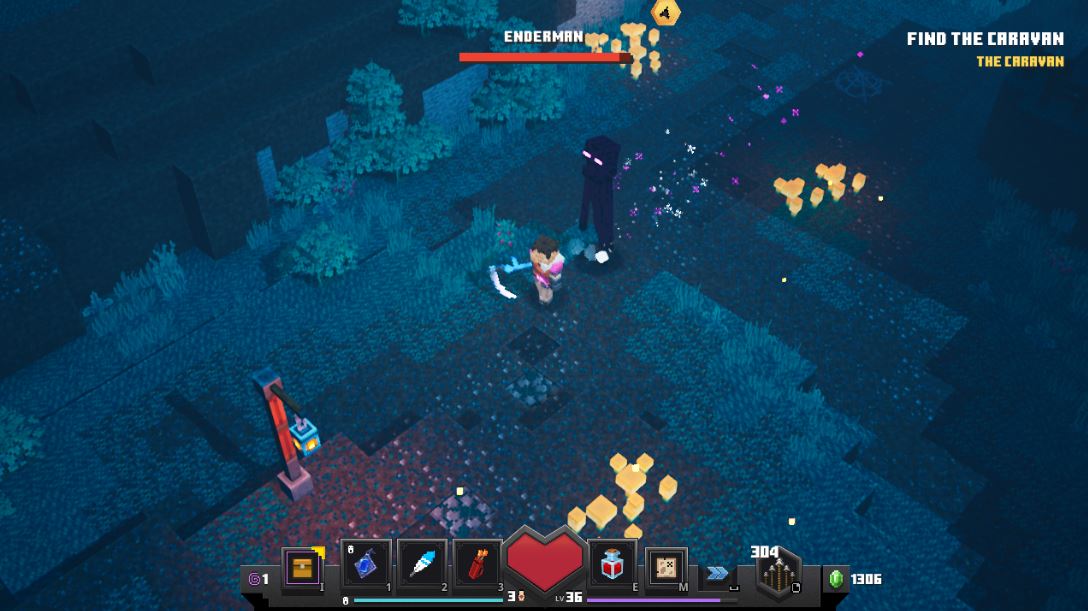 How to beat an Enderman in Minecraft Dungeons

As we said, an Enderman won’t attack you unless you look at it for too long. This means if you approach carefully when the screen turns dark and fuzzy, without meeting it head on, then you should be able to sneak in the first hit - so make it a good one.

Aside for that, I’ve found four main strategies to help take them down easily:

Either way, I’d recommend using a fast weapon with a Death Cap Mushroom Artifact to increase your attack speed and make the most of the small windows of opportunity you get to deal with the Enderman.

For more on Minecraft Dungeons, here’s where to find the game’s hidden secrets and chests - including the secret cow level.