Elite Dangerous is getting closer and closer to your space fantasies. 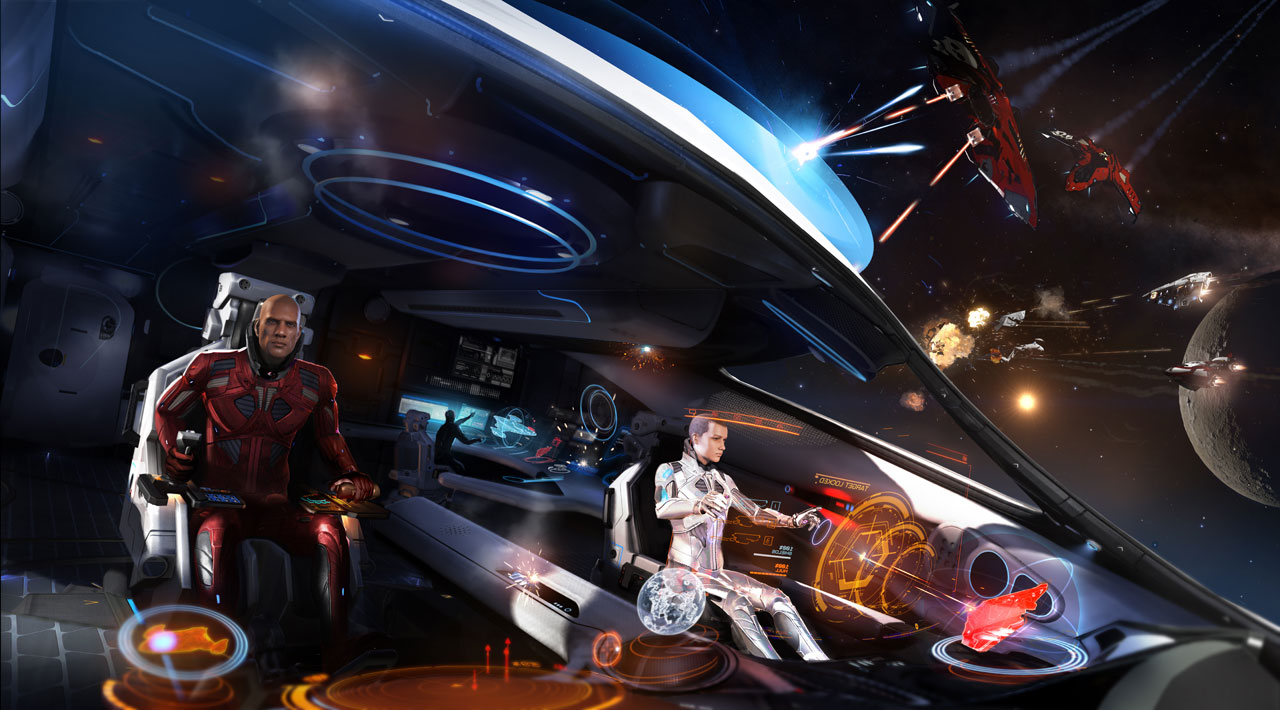 Elite Dangerous beta testers will be able to try the new multicrew system by the end of February, Frontier Developments has announced.

Since you'll be able to see each other in-game, multicrew comes hand in hand with a new Commander Creator tool for avatar customisation, "as well as a number of other improvements and changes".

Look for Elite Dangerous: The Commanders (update 2.3) in the week ending February 26, as per the Frontier forums. Anyone with Horizons beta access will be able to check it out.

As RoadtoVR points out (via Redditor StuartGT), Elite Dangerous is fully playable in virtual reality, supporting both HTC Vive and Oculus Rift - which means you'll be able to sit in your cockpit and look around at your fellow pilots, and, oh, basically live out your space dreams.

This may not be as golden as it sounds, however. Elite Dangerous has a pretty good reputation for nausea-free VR in cockpit view, but we'll soon see if that holds up when someone else is piloting. Your inner ear may object to your view being flung about in all directions at someone else's discretion.

Elite Dangerous is available on Mac, PC and Xbox One, and is coming to PS4 later this year.