The poll was voted on between June 1 and August 4 by customers, and operated in a tournament system.

Skyrim beat fellow semi-finalists The Last of Us, Red Dead Redemption and Uncharted 2: Among Thieves to claim the mantle.

Here's a breakdown of the tournament table, scroll down for a larger version: 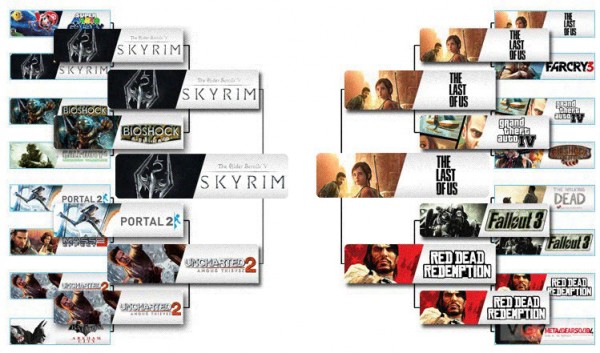 What do you think of the final winner? Let us know below.