Sky Sports recently announced that it has teamed up with EA Sports FIFA in order to create fake crowds to make watching Premier League matches from home less sad.

The news comes from an official blog post published by Sky, which covers everything Premier League fans can expect when football comes back on June 17 with an Aston Villa vs Sheffield United and Man City vs Arsenal "double-header."

However, there's something strikingly different about this new way of watching football - there's no live audience. 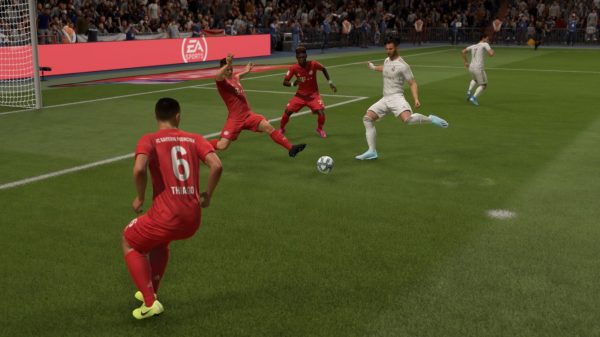 As a means of remedying this, Sky and EA Sports have worked to implement crowd noises and reactions into the televised match footage, meaning that artificial cheering will be used to recreate the kind of atmosphere you'd expect from a normal football match. Here's what the official blog post says:

"To mark the return of the Premier League, Sky Sports will launch a series of new innovations and features to give fans an even more immersive experience and the opportunity to share the big moments live with family and friends on virtual platforms."

"Sky Sports – in association with EA SPORTS FIFA created bespoke and team-specific crowd noise and chants to replicate the vibrant atmosphere of Premier League clashes, so fans don’t miss out on the noise that goes with the action. Viewers can select the Sky channel to watch with the added sound or without it." 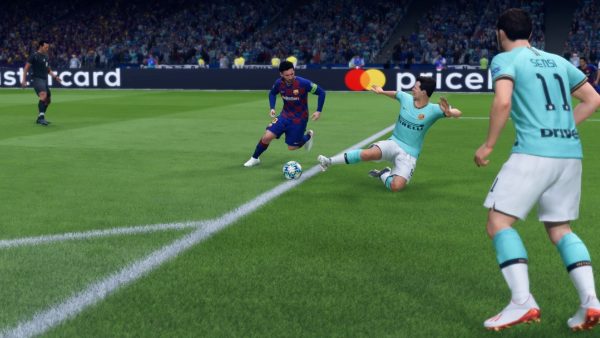 The aim of this innovation, alongside other new features, is apparently to "bring fans together, despite matches taking place behind closed doors."

The fact Sky has turned to EA Sports for guidance comes as no surprise, given that FIFA 19 was, alongside Fortnite, one of the top digital earners in 2019 video game sales.

In somewhat less professional news - do you remember the time EA made two pro FIFA players settle a match over rock, paper, scissors?