Techland has developed two Dying Light games now - or at least one and a bit, where the ‘bit’ is an unknowable fraction determined by whenever Dying Light 2 comes out.

Its developers are the experts on first-person parkour, and have learned that the emphasis in ‘free running’ is on the ‘free’ part. There’s no way to build a brilliant parkour game that hems you in, refusing to respect where you want to go. Instead the game is led by the runner, and the developer is relegated to the safety car - driving alongside them, making sure nothing interrupts the giddy joy of momentum.

To find out how they do it, I spoke to Bartosz ‘Glova’ Kulon - the man in charge of parkour for the series, and the accidental inventor of its grappling hook - about some of the issues the studio has mantled over.

Too many ledges to count

The longest staircase in the world, which runs alongside the Niesen mountain railway in Switzerland, is made up of 11,674 steps. Hop two countries over to Poland, however, and the staff at Techland will tell you that’s nothing. When they attempted to place climbable surfaces by hand in Dying Light, they ended up with 50,000 ledges on a single map - and still needed more.

“Working with so many objects is horrible and impossible to manage,” Glova said at GDC in 2018. It was a technical issue, too: those ledges gobbled up the limited memory of last-gen consoles.

The solution was to detect ledges in runtime - as in, while the game was already running. When you’re jogging through Dying Light’s Harran, or the sequel’s nameless city, the game is constantly working to find potential platforms in front of you. That means it’s possible to climb any surface within your grasp, whether a developer intended it or not.

Of course, that was a nightmare for the level designers and artists who had to ensure every last rooftop and back yard was tidied up for visiting players - but they’re old hands at it by now. The ledge detection algorithms are a lot neater today, too.

“It was our first attempt, and I made a lot of mistakes doing that,” Glova tells me. “In Dying Light 2 it’s way better optimised, more precise, and actually a bit more complicated, but it helps us in different ways we couldn’t achieve in the first game.” 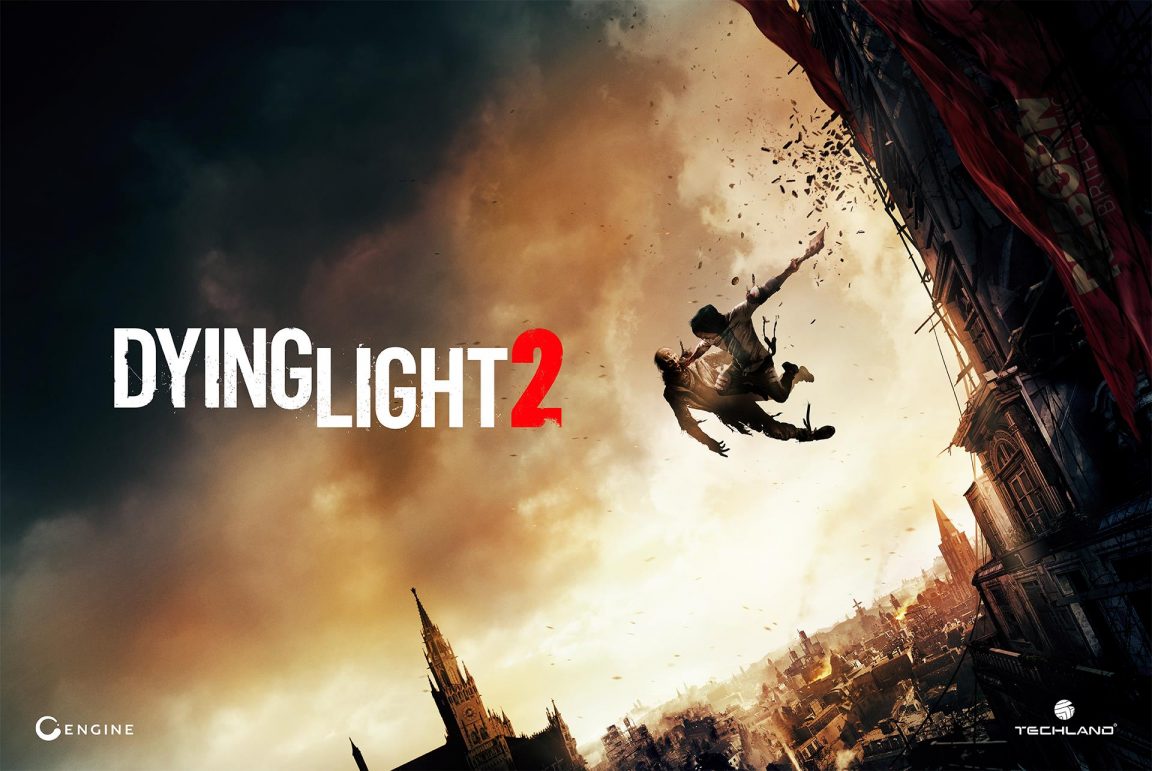 The first-person perspective has a funny way of setting your brain to Realistic Mode. Imagine if Faith in Mirror’s Edge jumped to the same height as Mario. That would be deeply, deeply wrong, for reasons that are difficult to articulate but impossible to dispute.

Ahead of Techland’s new sequel, Glova decided there was still work to be done in matching those expectations. “When I played a lot of Dying Light 1, I felt that the bounciness of the character was something that wasn't that realistic.”

Consequently, the developer updated its physics engine. “I spent 6,000 hours in Dying Light,” Glova says, “so I see a lot of things that normal people don’t see.”

The grappling hook in Dying Light was essentially a short-range teleportation device - Glova created it that way after an accident with his algorithms. Players loved it, but it also took away the need to engage with the parkour at the heart of the game.

When development began on Dying Light 2, the team resolved to create a grappling hook that would work in harmony with the running, rather than replacing it.

“It’s more physics-based,” Glova says. “Like a Tarzan or Spider-Man thing. It won’t be abused because you have to have something above you to swing from.”

It’s still possible to pull yourself forward with the hook, but its range is limited to a handful of metres. The idea is that you’ll use it in combination with your parkour skills: leaping from a ledge at full pelt, then firing the hook once you’re close enough to the next rooftop. 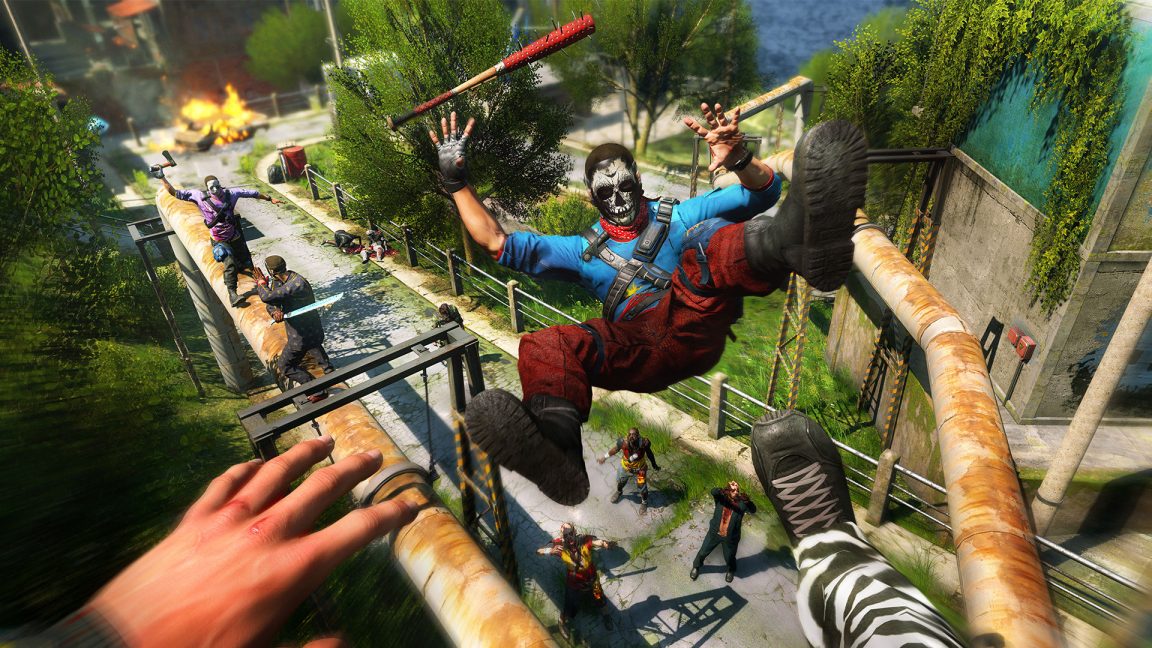 Having a sense of perspective is hard

“If you want to be a professional truck driver in Poland, you get a test on perspective,” Glova says. “If something is close to you, you need to know that it’s close to you.”

The Polish government has yet to devise a similar test for citizens looking to start first-person platforming. But there are similar issues to conquer - when you play Dying Light, you’re steering a large object from a limited field of view. You can’t see the full height or width of your character, and that presents problems.

For starters, you don’t have a reference point when judging jumps. “You’re expecting either to jump further or closer,” Glova says. Worse, you can often fail to spot objects right in front of you; if they’re less than about a metre in height, they’re likely to fall below your field of view, waiting to trip you up.

Techland tackles these issues in a few ways. First, the studio employs ‘coyote time’, the developer trick that gives you a moment extra to press the jump key after leaving a platform. Technically you should be falling, but it feels right that you don’t.

Second, they cause your character to automatically clamber over small objects, so as not to interrupt your flow. And finally, they predict your intended landing spot mid-jump, altering your velocity slightly to help you get there. 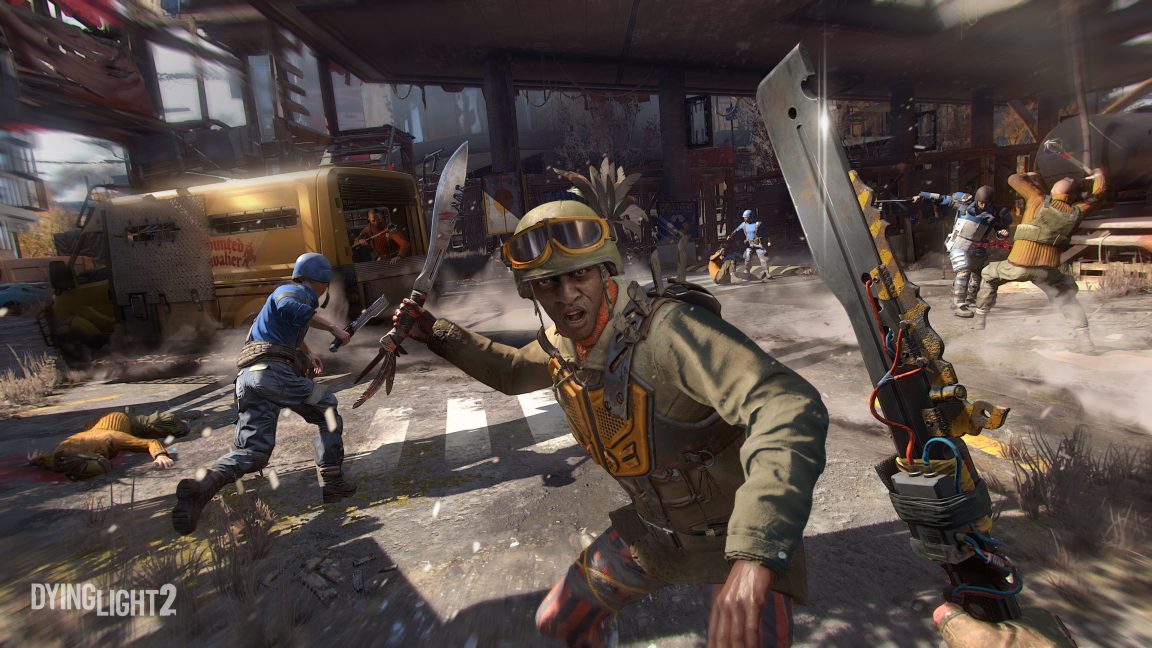 “We are doing a lot of tricks behind the scenes,” Glova says. “The player feels like they’re actually doing these crazy stunts but we are actually helping them a lot.”

Techland might have had to do all the hard innovation to make Dying Light work. But it’s put the studio at the forefront of an FPS genre that’s since fallen in love with traversal. When Glova watches trailers for Doom Eternal, he sees a first-person parkour game.

“Right now it’s an industry standard,” Glova says. “The first Mirror’s Edge showed that it can be done. But we showed it can be done with a larger scope. We are the benchmark title.”

For more on Dying Light 2, check out how to break your fall using a zombie, what happens when you spend too much time in the dark, and why Techland is committed to at least four years of post-release support.