No Man's Sky may be in for another legal battle. 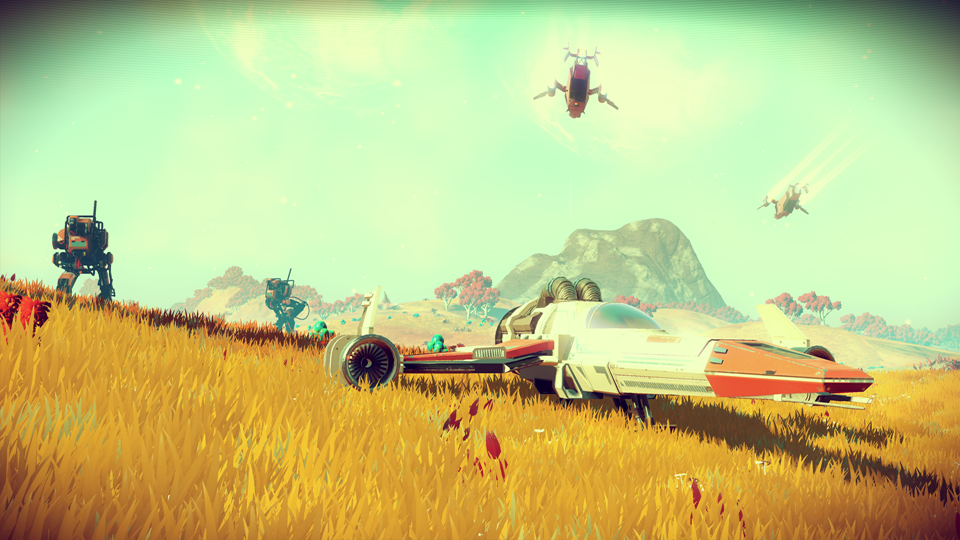 No Man's Sky has a unique procedural generation system at the heart of its whopping universe - but this unique feature may be its downfall.

According to a NeoGAF user's translation of a Dutch report, No Man's Sky leverages a "Superformula" patented by a company called Genicap.

Speaking to De Telegraaf, a Genicap representative said the company has heard nothing from No Man's Sky developer Hello Games, let alone granted it a license to use the patented system.

"We don't want to stop the launch, but if the formula is used we'll need to have a talk," spokesperson Jeroen Sparrow said.

The matter apparently rose to attention due to a June interview with, which lovingly describes the Superformula invented by Genicap chief research officer Johan Gielis.

"When Murray and the rest of the team plugged the Superformula into the game, it worked. Things that didn't have natural variety all of a sudden took on varied but still possible shapes. It was what they needed, or at least a major part of it," according to the Business Insider article.

It's not clear whether Hello Games proceeded to use the Superformula or not, and even if it did, the world of patent law is so confusing that we're in absolutely no position to comment on whether that's a problem or not - although De Telegraaf quoted a lawyer who felt it might be.

It's also not clear whether Genicap is especially concerned; Sparrow said Genicap is itself making a game and that "it would be great if we could trade knowledge with Hello Games".

"We tried to contact them but didn't get any response," he added.

Neither Sony nor Hello Games have commented on the matter yet.

No Man's Sky was the focus of a long legal battle with Sky UK LTD, so it's had it's fair share of trouble already - and that's not even going into the floods and the daunting scope of the project.

Assuming nobody gets sued into oblivion or catches on fire or whatever, No Man's Sky launches in August on PC and PS4. It is one of the most hotly-anticipated releases of the year.