Microsoft's next console, affectionately known as Xbox 720 or by its rumoured codename Durango, brings the power of DirectX 11 to consoles, a new report claims.

VGLeaks followed up its broad overview of Durango's alleged architecture, which matched multiple leaks and rumours, with a detailed breakdown of its GPU.

The site claims the GPU is capable of supporting Direct3D 11, the API which powers DirectX 11 in up-to-date gaming PCs. It describes the new graphics unit as "a departure from previous console generations both in raw performance and in structure". Current consoles do not support Direct3D 11.

The three page report is technical and very detailed, but references several previously rumoured details, such as the existence of 32 MB of ESRAM rather than virtual memory, which should allow Durango to overcome certain limitations of the Xbox 360.

If you're au fait with fairly nitty-gritty tech, go check out the full report; I've dropped in a summary table of estimated statistics below to baffle the rest of us.

Microsoft is expected to reveal and possible even launch its new console this year; Sony has already started the arms race. 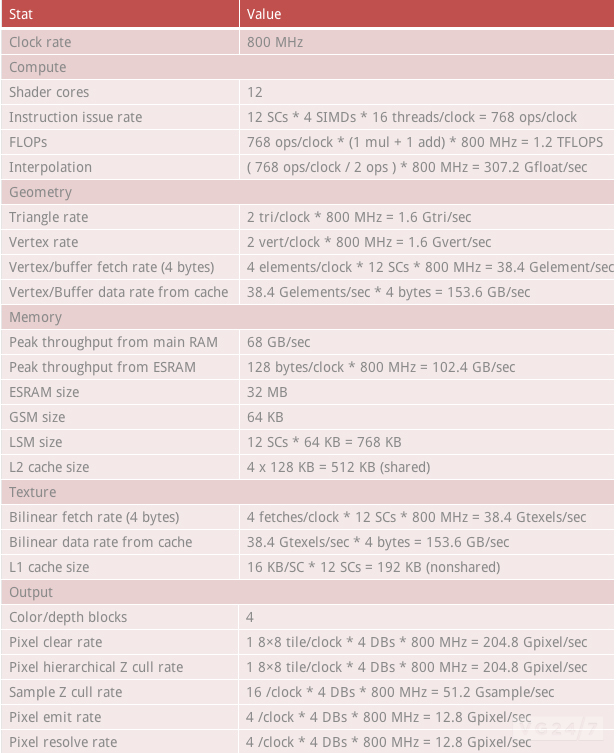