A three month, bi-weekly comic based on the Dragon Age games is due early next year.

The new comic was revealed by BioWare's Mike Laidlaw at a panel at New York Comic Con, as reported by BioWare Fans.

Due in February next year and set to run through April, the 12-page issues will be available in digital format only, and will go for 99 cents a pop from Dark Horse's digital store an iOS app.

Penned by BioWare's David Gaider, the story centres on Dragon Age: Origins Alistair, Dragon Age 2's Varric, and Isabella, who appears in both games. The three travel to Antiva in search of "a mysterious figure from Alistair’s past".

According to an interview with Comic Book Resources, the story will also delve into the origins of dragons in Thedas,

Gaider will be assisted by scripter Alexander Freed, and Superman, Batman and Zatanna veteran Chad Hardin is taking up artistic duties.

In discussing the comic, Laidlaw revealed that the canonical ending of Dragon Age: Origins has Alistair become king of Ferelden.

Although Kotaku speculates that Alistair's survival means the death of the player character, fans may recall that there was another option available if players accepted an offer from Morrigan - with very interesting results for the games' fiction should this prove canonical. 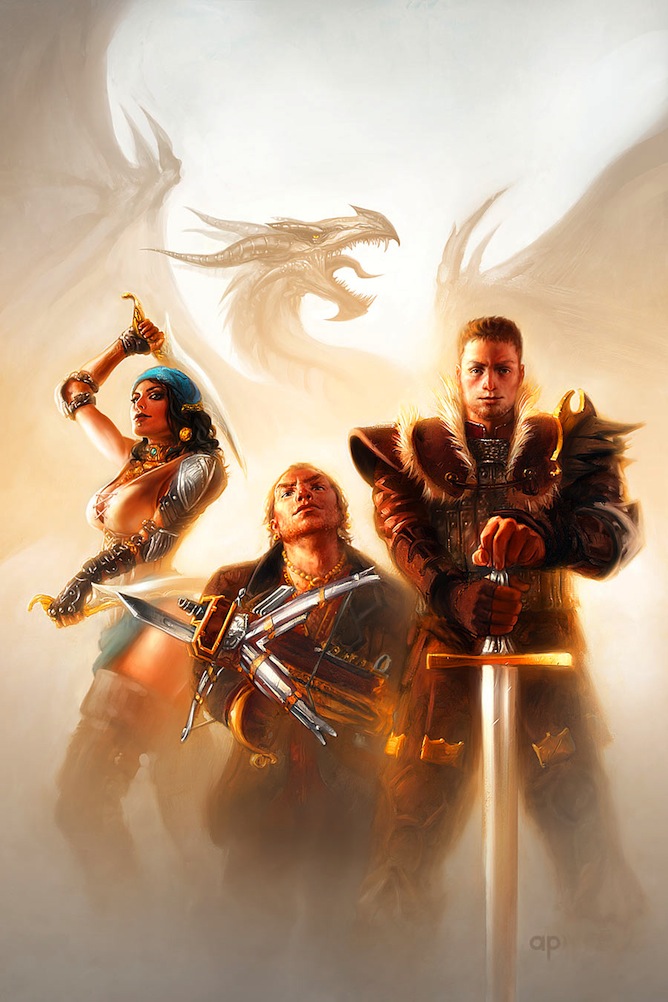