DotA 2 could be getting a batch of collectible cards and action figures, according to leaked photos taken at Valve's International tournament in Seattle.

The shots are below, and were taken by Cyborgmatt, courtesy of PCGamesN.

Cyborgmatt is currently in Seattle for the DotA 2 International tournament, and also snapped this shot that suggests the cards aren't just promo material, but will actually go on sale at some point: 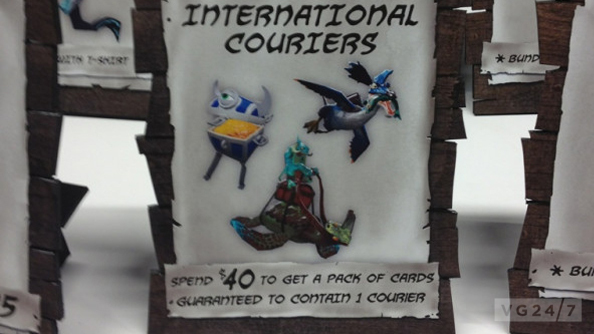 Note the text ‘Spend $40 to get a pack of cards guaranteed to contain 1 courier’. The below action figure is reportedly coming out on sale in Summer 2013.