Overwatch fans, it's time for another lore drop.

A new issue of the Overwatch comic series has turned up.

Called Masquerade, the issue is set shortly after Doomfist's prison escape and has him stepping back into a prominent role within Talon. Working with Reaper, Widowmaker and Sombra, he seems set on consolidating the organisation's disparate leadership and moving forward with his ultimate plans.

Also, he wears a great suit, and then an even better outfit, and everyone else dresses up too. So that's nice. You can read the whole thing on the Overwatch website, as usual, and it's timed nicely for Doomfist's arrival in Overwatch next week. 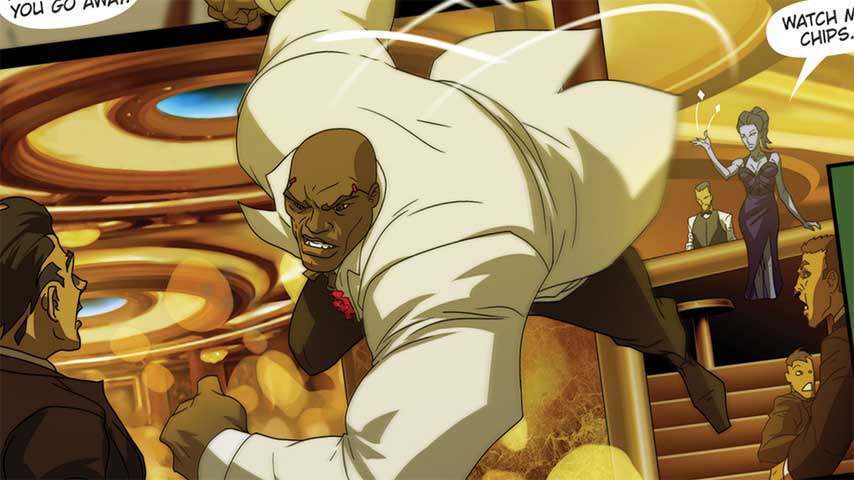 If you've somehow missed previous Overwatch comics, be sure to check out the issue browser on the left of the screen so you can catch up on the story so far.

Along with animated shorts and in-fiction materials released via the blog, comics are one of Blizzard's primary vehicles for delivering Overwatch's backstory and moving the present plotline forwards. If you want to understand who the heroes are, how they relate to each other, what's going on and most importantly who might be banging who, you definitely need to check in regularly.

Although Overwatch itself is slim on story and characterisation, mostly restricting itself to teasing nods in voice lines, Blizzard's world has struck a chord with fans, many of whom don't even play the shooter. Blizzard has responded cautiously, now wanting to ruin fan theories, and has sometimes even taken fandom ideas onboard, as with D.Va's canon gremlin status.

I'm not sure Blizzard will be as enthusiastic on the fandom's ideas for McCree, alas.