A few updates have been made to the PC specs for Doom Eternal, mainly the addition of Ultra-Nightmare settings, changes to what's listed on the box, and how it won't run in true 4K on Stadia.

Along with the additional specs, id Software has also outlined when Doom Eternal will unlock on all available platforms.

If you pre-purchased the game digitally on Xbox One, you can now pre-load the game. If you opted for PC or PlayStation 4, pre-load will be available 48 hours ahead of the following launch times.  The game will be made available on Switch later this year.

For those who pre-ordered to get Doom 64, it will also unlock during the same times listed below.

After you've had a gander of the information below, be sure to check out our Doom Eternal hub for all sorts of information on pre-order bonuses, multiplayer, gameplay and more.

The game will unlock for each territory below at the following times:

The PC specs for Doom Eternal were released last week, but id Software has added a new setting called Ultra-Nightmare to the specs list. We've popped those in below for you alongside the previously announced minimum and recommended specs for ease.

You will also notice something different with Stadia. Instead of running in true 4K, the game will instead run at 1080p and 60 FPS on HD displays. Those with a 4K display can expect it to up-sample to 2160p from 1800p at 60 FPS.

There have also been some adjustments made to the minimum and recommended specs that are listed on the packaging of physical PC copies.

Updated Minimum Spec (from what is printed on the PC box)

Updated Recommended Spec (from what is printed on the PC box) 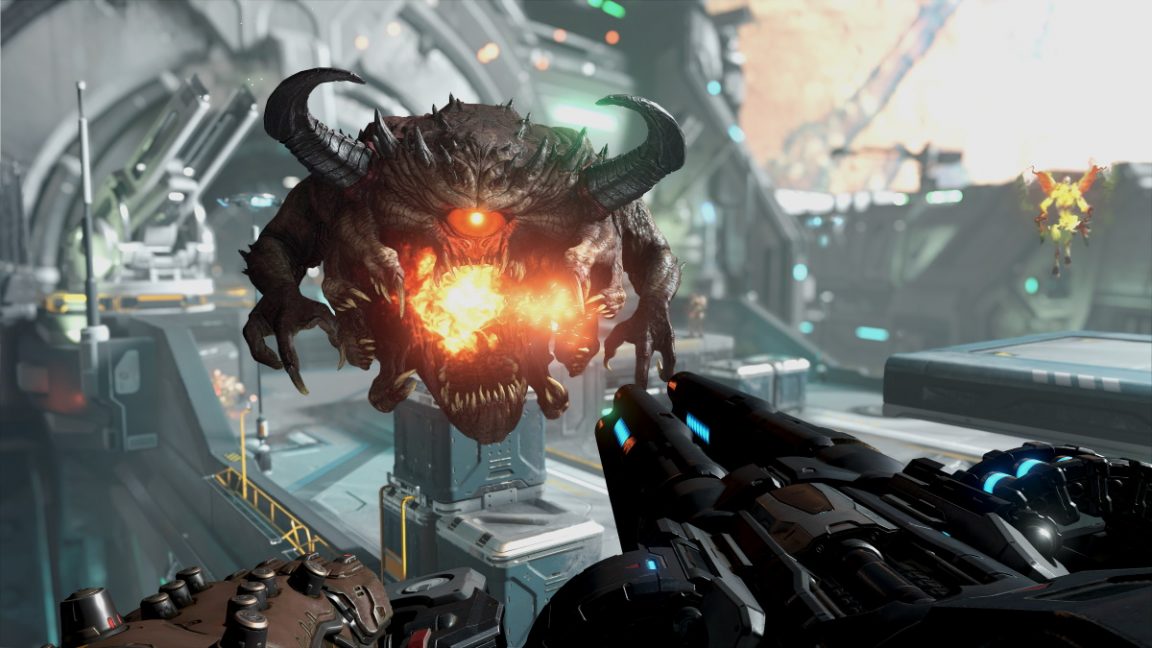 Xbox One and Xbox One S