Doom Eternal developer id Software has confirmed that the game does indeed feature a multiplayer mode.

Doom Eternal's multiplayer mode will be different from the standard set of modes we got with the 2016 reboot.

At QuakeCon 2018, as part of Eternal's gameplay reveal, id showed a glimpse of a new invasion mechanic that allows you to spawn into other players' games as a demon. The new mode, however, is separate from invasions.

The mysterious new PvP mode will be "very connected" to the single-player experience, and is going to be "very Doom." Doom Eternal executive producer Marty Stratton revealed this tidbit to Gamespot at the show.

This mode will replace SnapMap, the suite of tools that allowed players to create game modes within Doom itself. Id is instead choosing to spend time on multiplayer instead of bringing back SnapMap. 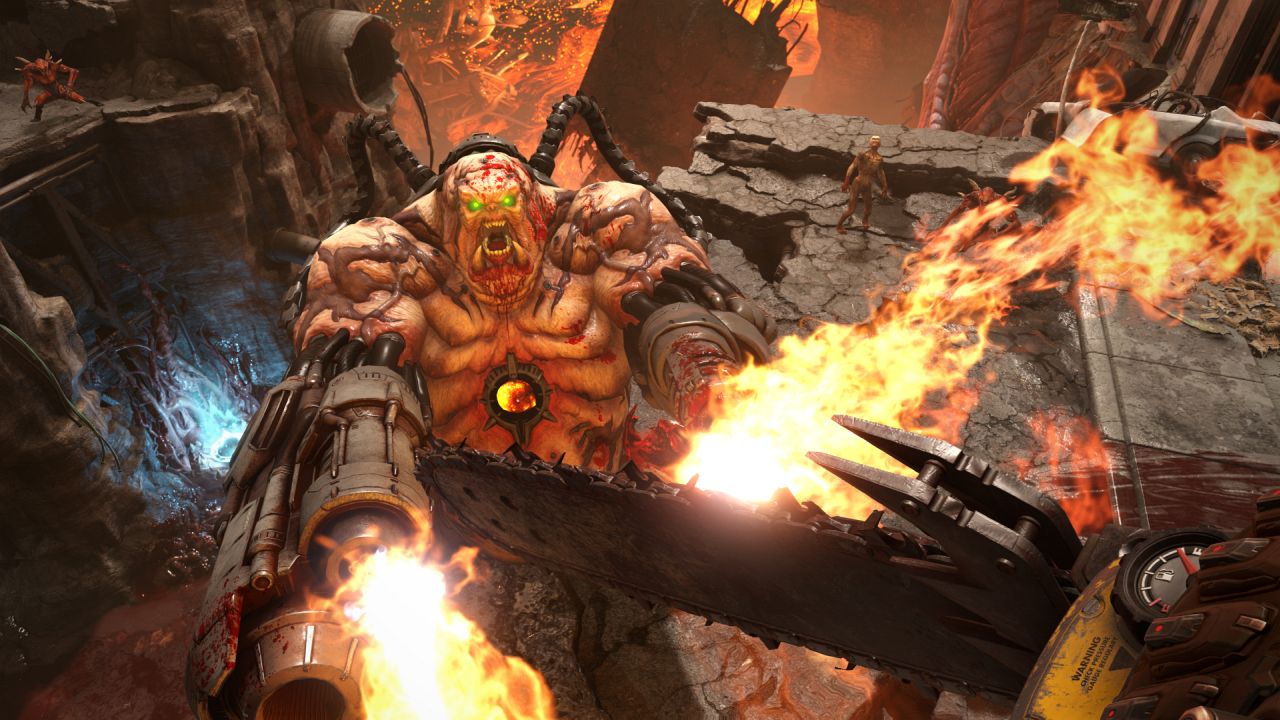 "We're going to do a lot with the Invasions, along with the PvP component which we'll talk about more down the road, and we're also developing that internally," said Stratton.

"We're doubling down on things to make sure they're done exactly how we want them to be done, and to make sure that they're connected with the campaign."

It's all part of trying to make Doom more social. Unfortunately, Stratton couldn't reveal any other details about the mode, but promised more in the coming months.

Doom 2016's multiplayer component was one of its less liked aspects. The game featured a host of traditional multiplayer modes like TDM, CTF and DM. They weren't really tied to the main game, though you could become a demon from the main campaign by picking up certain powerups.

Let's hope this time around multiplayer will be more original.

Doom Eternal does not yet have a release date, but it's coming to PC, PS4, Xbox One, and Nintendo Switch.