When people talk about power fantasies in games, mastering the spectacularly chaotic fights of Doom Eternal might be the sort of thing that springs to mind. Ripping and tearing through all that Hell has to offer and coming out the other side untouched does feel pretty great. But for me, it wasn’t in the combat that I felt a moment of perfect confidence. It was in the platforming.

Doom Eternal is cleverly not relentless. There are breaks in the adrenaline, for small sections of traversal, searching for collectables, and light puzzle solving. But the variety is more than just mechanical. These moments of downtime also offer a different tone to the combat.

Fighting waves of demons is a constant scrap, in which you’re teetering on the edge of your health bar no matter how many glory kills you squelch through. (This is particularly true if you’re bad at the game, which I certainly am). But clinging to the edge of a wall, with an infinite drop below and a platform that seems surely out of reach is a moment to breathe, take in the spectacular skybox, and not worry at all. Of course I’m not going to fall. I’m the Doom Slayer. 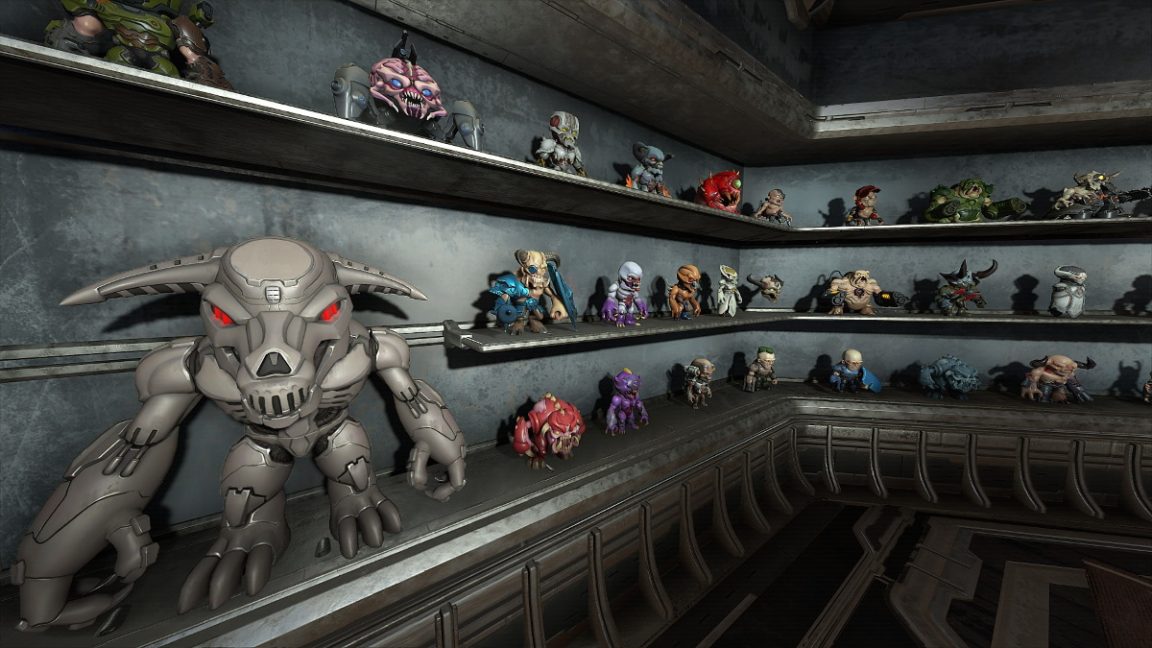 "Doom Slayer is a legend of ancient myth, but he’s also a 30 year old white guy with a Funko Pop wall"

Again, it’s not the combat that imbues embodying the Slayer with this deep sense of self-assurance. His nonchalance is the glue that holds Doom Eternal together. The game’s narrative is wildly confusing and better ignored – but you can’t avoid the Slayer’s contempt. It’s everywhere: in the way he drags a worker by his keycard to the scanner instead of taking it off first; in the way he defies the instructions piped down from above; and in the way he leaps out into vast drops without a second thought.

And as this tweet brilliantly points out, his disdain isn’t misplaced. The Slayer is mad because corporate greed and recklessness caused this mess; he isn’t about to smile to it now. More than that, he knows he’s in a position to correct it. Nothing’s going to stop him, whether it be a particularly irritating demon (looking at you, Marauder) or the equally irritating voice in his ear.

Many have also pointed out that Doom Eternal is a very silly game. Once again, for me, this came across best in the platforming. The way the Slayer scrambles up a wall feels like a kid racing up the stairs on all fours. It’s comically sped up, too, just a flurry of limbs thudding against a whitewashed wall, carefully coloured in the most video game way to say “hey, you can jump here!”

But isn’t scuttling up stairs using your hands like an overexcited Golden Retriever just... fun? It gives the Slayer another layer of indifference, but this time something more carefree. It’s not like he cares if he looks silly – even if there was anyone around to see him. 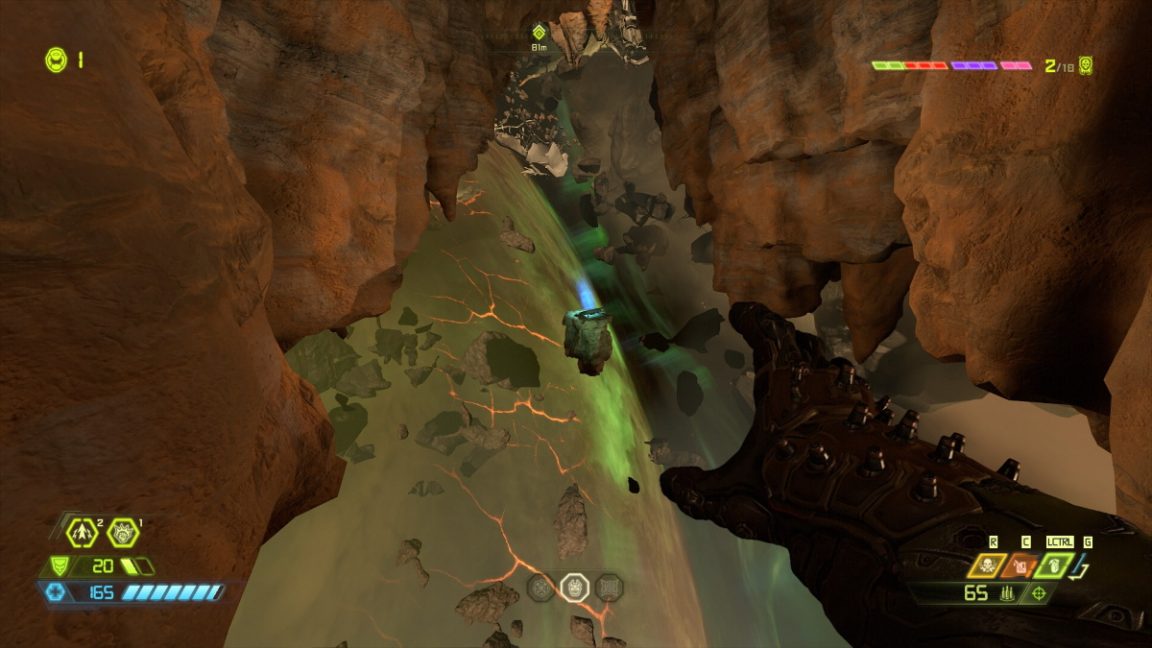 I don’t think this is intentional on id Software’s part, but other elements of the Slayer’s less-serious personality clearly are. People loved the first-bump animation when he found his toy replica in Doom 2016. That toy collection is back in Doom Eternal, as is the cuteness. He even has a special place in his space fortress to show off all his collectables. Somehow the Slayer has not gazed too long into the abyss. He’s practically a legend of ancient myth, but he’s also a 30 year old white guy with a Funko Pop wall. One who happens to be able to essentially fly.

It’s goofy as all hell, and I don’t hold it against anyone who dislikes the tonal dissonance. But as a millennial freelancer with anxiety, and with everything that’s going on in the world, a moment of complete peace feels like a miracle. And that’s what I felt in that few seconds’ pause over a drop to certain death. Then I dashed across what felt like a mile of open air and into the next fight.