During the QuakeCon trailers for Doom Eternal, the eagle-eyed among you may have noticed an extra life pickup. Here’s how it works.

Extra lives in games, to me, conjure up an image of being thrown right back to the beginning of a level when you lose them all. This isn’t how they work in Doom Eternal, however. Instead, extra lives in id Software’s latest FPS are a safety net. 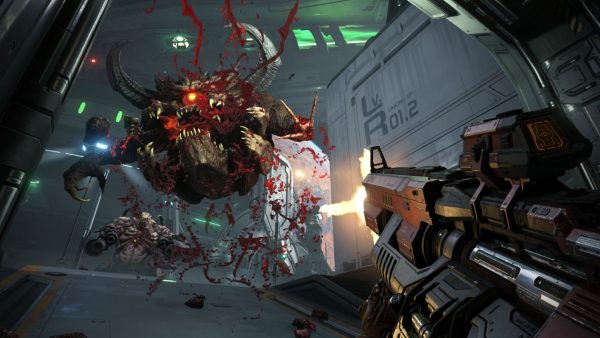 “So if you’re almost to another checkpoint or you’re in a boss fight or something, your extra life, if you die, kicks in and the screen goes grey and you are invulnerable for a little bit. You can keep fighting, reposition yourself, and you’re right back in the action where you left off without losing any progress.”

Some people might see this as stripping out some of the more hardcore elements of Doom, but there’s a very good reason they’re in Doom Eternal. In this sequel, your game can be invaded by a squad of player-controlled demons, and having an extra life will take some of the sting out of an unceremonial death from a group of skilled players.

“They do work in invasions,” creative director Hugo Martin explains. “It still counts as a death, but yeah, you don’t get penalised by going back, you can continue where you left off. It’s a fun gameplay loop and it’s a proven gameplay loop - it’s a safety net you’ve provided for yourself.”