If you’re looking for all the collectibles in the first level of Doom Eternal, here’s a guide for Hell on Earth.

Here you’re looking for three toys, six codex, three modbots, and one cheat code. Here’s how to track them all down. 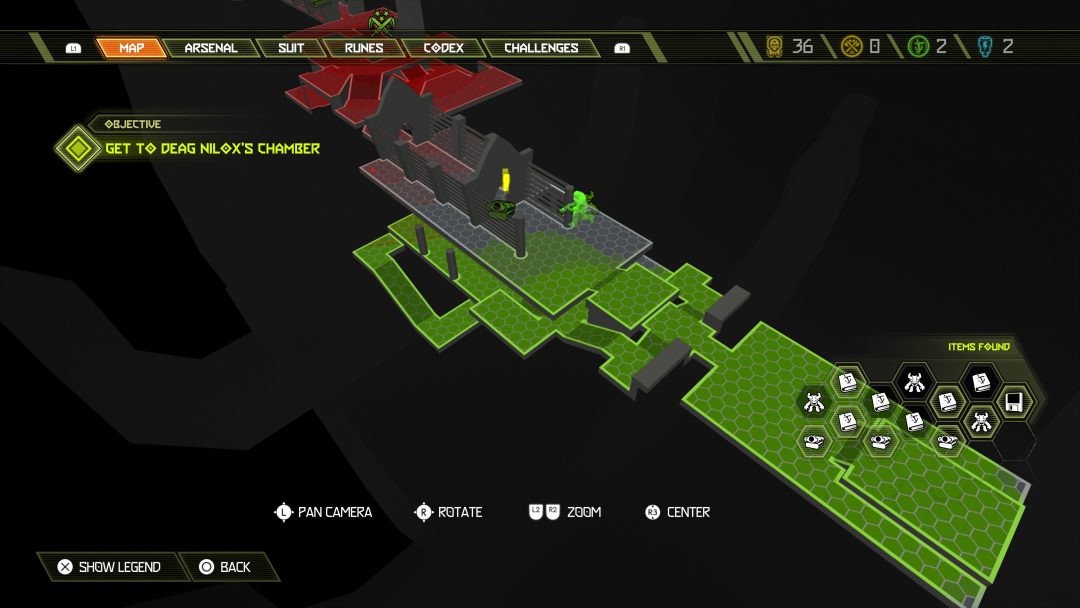 First you need to fight through the small starting room and head through the door. Take a left and go down the stairs.

Keep heading straight, keeping the wall on your left until you reach the end of the room. Now punch your way through the wall with the crack in it. 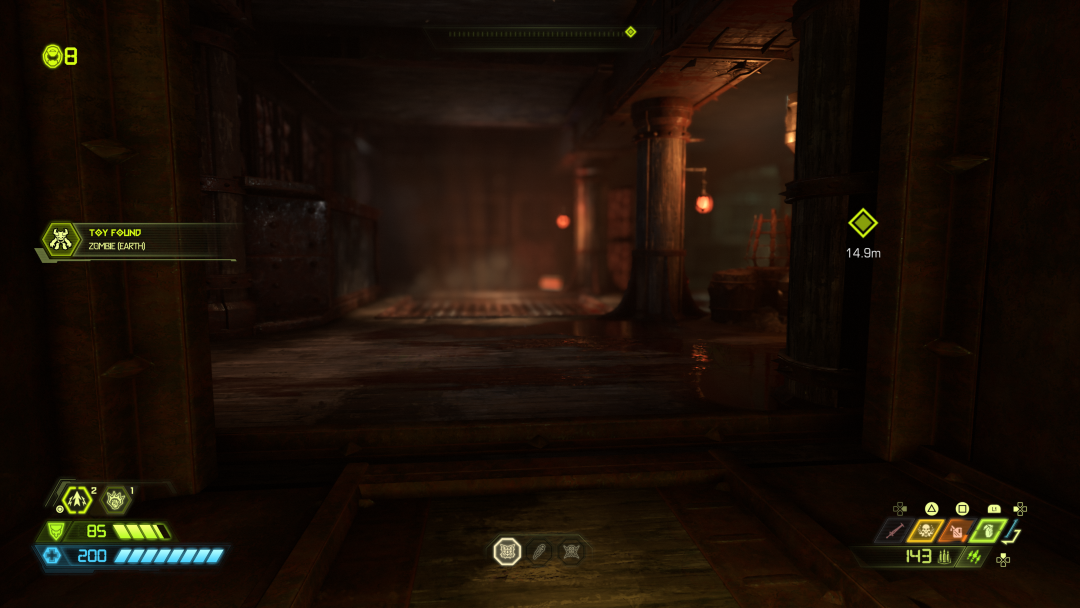 Follow the secret tunnel and jump up at the end to get the Zombie (Earth) Toy.

Exit straight ahead and follow the room around until you see a cube with a green symbol on it. Punch the cube. Go on.

Now climb on top of it once it’s moved to reach the upper floor. Grab the mod from the modbot.

Head straight on and into the combat arena. Clear it out and move on. You’ll find a codex in the next corridor.

At the end of the area you’ll trigger a cutscene and move on to the second map in this level.

Next you’ll be in a ruined city on Earth’s streets. Straight ahead of your starting location there’s a codex, Remaining Human Populations - Part 1. And there’s a modbot when you climb up into the next area. 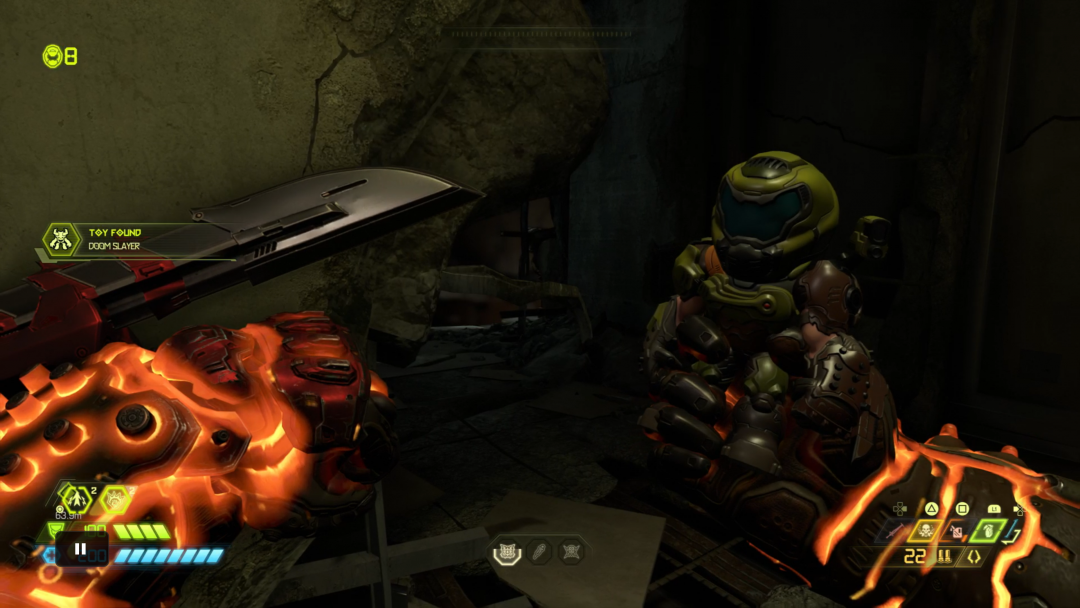 Punch the wall with the crack in it just ahead and immediately jump up and to your left when you’re on the other side. Follow this path around to find the Doom Slayer Toy.

Now drop down and fight your way through the demons. Climb up on the opposite side once they’re dead and swing across the monkey bar.

Head through the door and into the room with the large bell. Battle your way through. There’s some armour up on the floor above the bell if you need some.

Head into the streets and clean up the demons. Once they’re dead, there’s a building to the left of the Scott building with the sign that says “ShuZ”. Get onto the ledge above the sign and head inside. There’s a wall with a crack to your left - punch it. 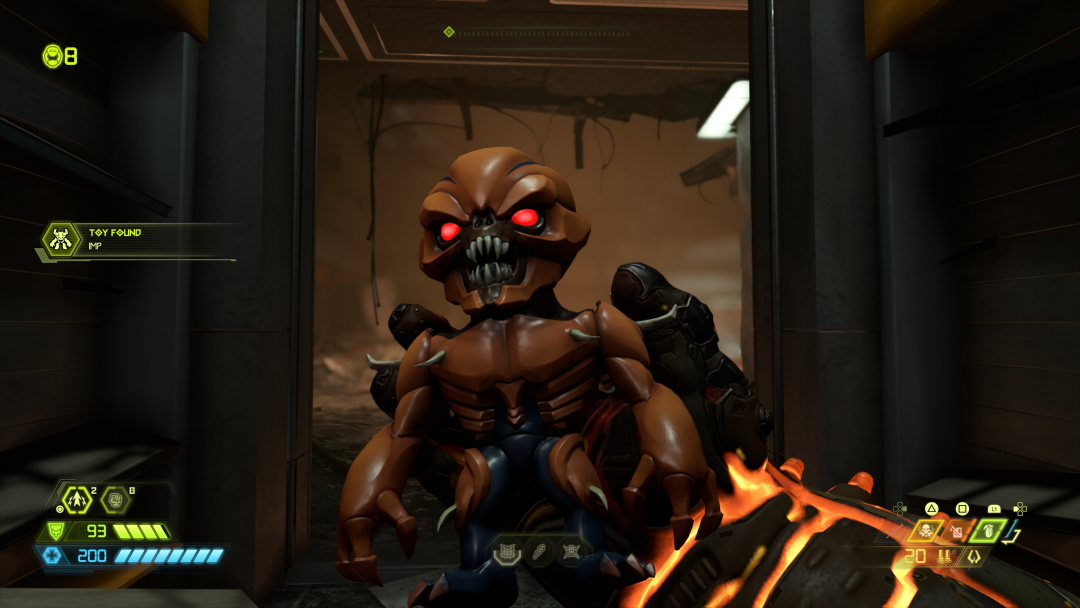 Drop into the room below to find the Imp Toy.

Fight your way down the street and clamber up into the ruined building to the left of the door that requires the Yellow Keycard. Get to the top floor of this building and there’s a gap you can jump dash across to collect the codex Remaining Human Populations Part 2.

Drop down into the room just beyond that for an extra life.

Now head back into the streets and into the building opposite the keycard door. Punch through the crack and kill the demons inside. There’s another crack adjacent to you for an extra life.

Once you’re done there, head onto the ramp and jump to the climbable wall. Collect the keyboard and head though it in the underground. 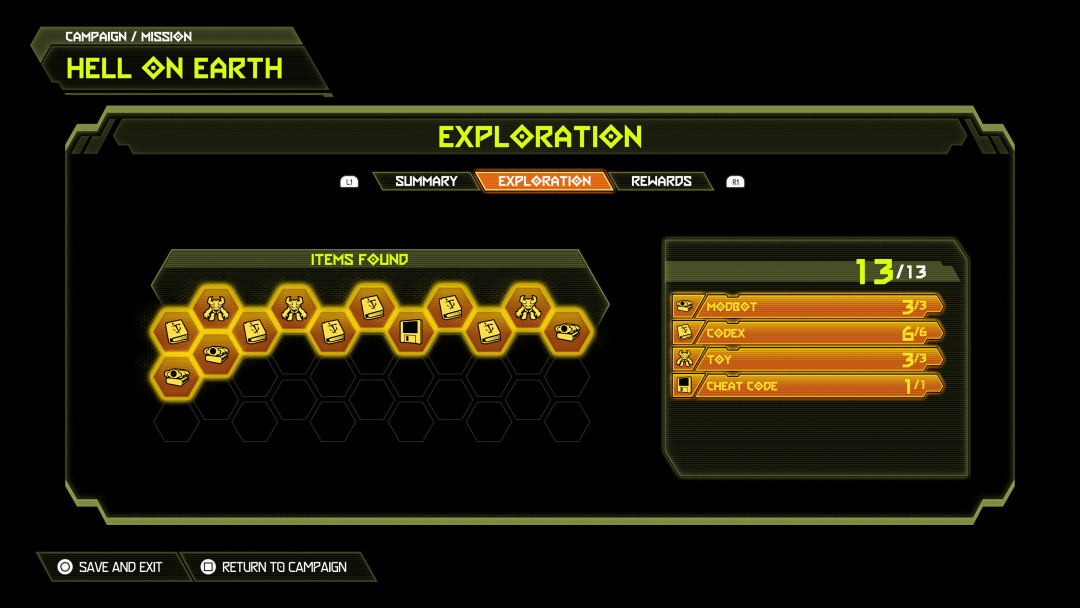 Fight through the corridor, being careful not to take too many hits from the traps as you go. At the bottom of the stairs, on the train platform, there’s another modbot.

Head through the train, jump across and deal with demons in the next arena.

Keep following the level until you reach the end of a set of three climbable walls. You’ll find another codex just after, at the end of the tracks.

Now battle through the room with tentacles until you come to a split. One way takes you up some stairs and the other is a box. Jump onto the box and climb into the vents. You’ll find a cheat code up here.

That’s it for collectibles in the first level of Doom Eternal.