If you’re looking for all the collectibles in the second level of Doom Eternal, here’s a guide for Exultia.

Run straight forward at the start and drop off the ledge to get an extra life. Use the climbing walls to reach the other side.

Head through the next room, jump across the swing pole and punch the wall and head left to grab a codex.

Kill the demons in the combat arena and head down in the elevator.

Drop down in this room and follow the circular corridor all the way round to get an upgrade. 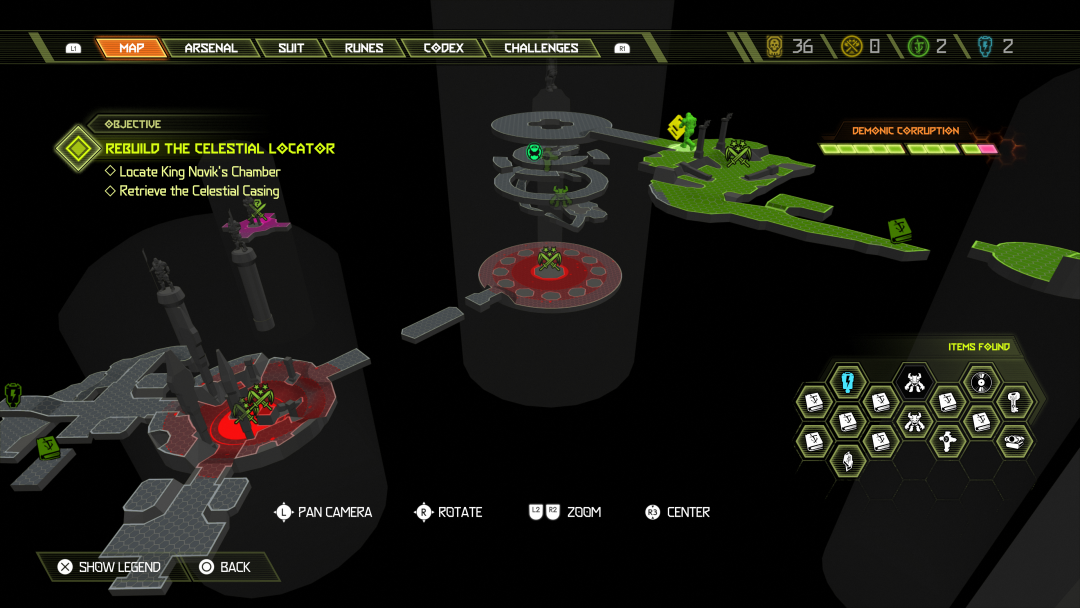 From there, take the stairs down - do not drop - until you reach an enemy next to a wall with a crack. Punch the wall and grab the Toy from inside.

Drop down into the combat arena below, deal with the demons, then make your way across the ruined walkway for another fight.

When you head outside, you can swing across to find a secret encounter.

Then head back and follow the path along the outside of the previous combat arena.

Swing across the gap and climb the wall. Turn around to face back where you came from and you should be able to see a codex. Jump across and grab it, then head back to where you just were after climbing.

Follow the ghost dog into the room with the spinning columns. Wait for one to pass and follow it to the right until a path opens up with some armor. Grab that and do the same again to the next corridor. Punch the cube.

Climb up and deal with the three chains, then drop down into the room where the columns were spinning.

Head out to the ghost dog. If you drop down here and grab the climbable wall beneath, there’s an extra life. Now head across the gap.

Climb across and go through the door. On your right there’s a codex. You can also grab another extra life from the nearby throne room.

Now follow the objective marker, win the fight, grab the battery, and head through the portal to the next area.

Once you’ve dealt with the enemies, drop down into the area with the big hand. There’s a cube here. Punch it on the side with the symbol and you’ll reveal an underground walkway that leads you to a Music Album. 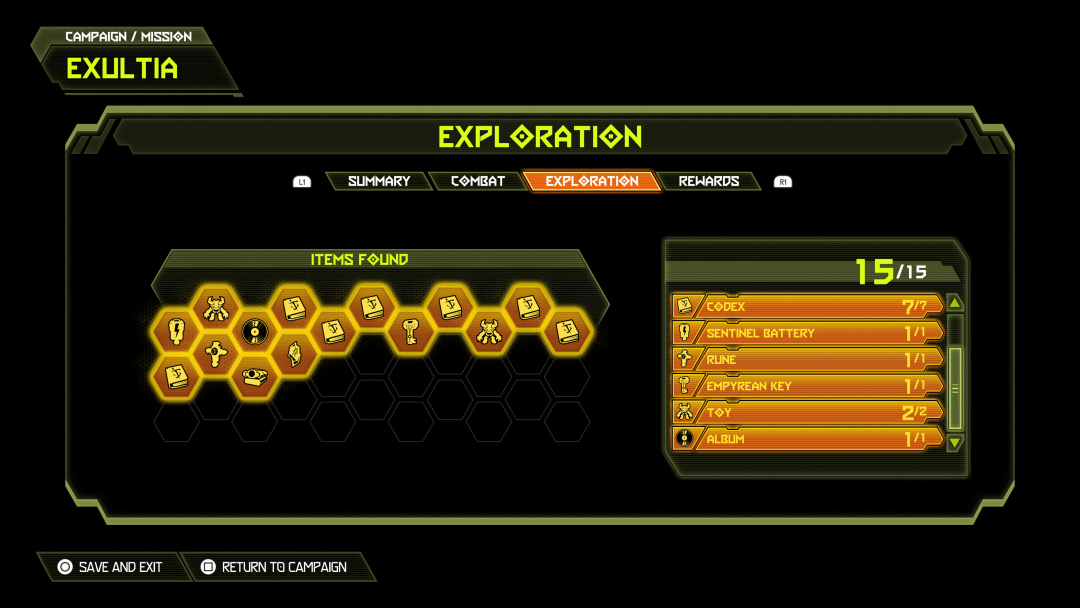 Next head through the purple swamp area and collect the map. Follow it around. Get the extra life if you need it and then grab the modbot and continue on.

Grab the power core and use it in the mech arm. Climb through the next room and activate the green floor switch. Then the next one. Then drop down for the other. Swing and climb your way back out and use the other two switches to open the door.

Once you’ve killed the demons in the following arena, follow your objective markers until you get another power core.

Climb along the sword of the titan about halfway and look off and to your right. There’s a secret encounter hiding down there. 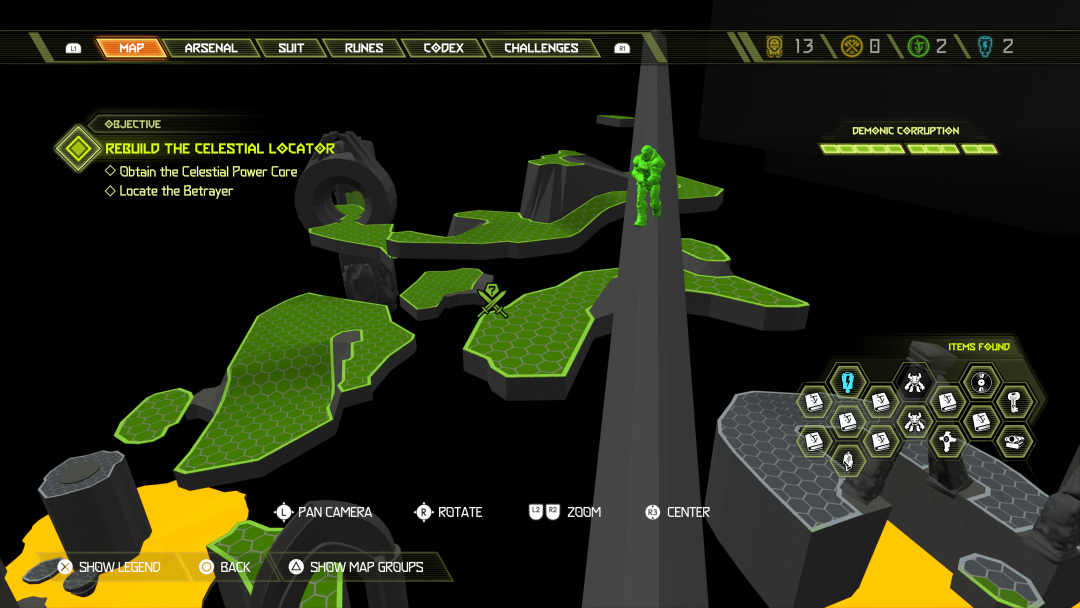 Once you’ve done that, carry on back down the sword and use the power source to get into some demon guts.

Carry on following new objective markers through the swamps and battles, grab the next battery and keep going until you put it into the shoulder cannon. Swing and jump into the next titan’s guts.

The next room has an upgrade crystal in it. Watch out for the tentacles.

In the next room, purposefully get to the lowest point you can and grab the codex from one of the platforms there. 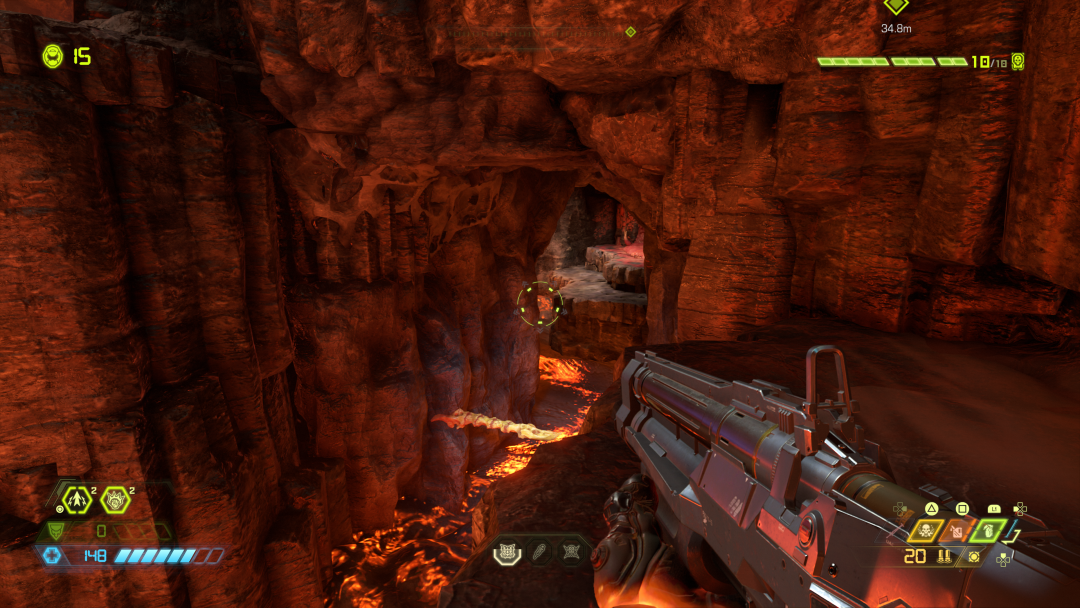 From that same foothold, there’s a swing bar you can jump to on one side. Head to that instead of the floating platform and swing across. Now punch the cracked wall - there’s a secret on the other side.

Now head across the floating platforms past the flaming chains and use the bounce pad. 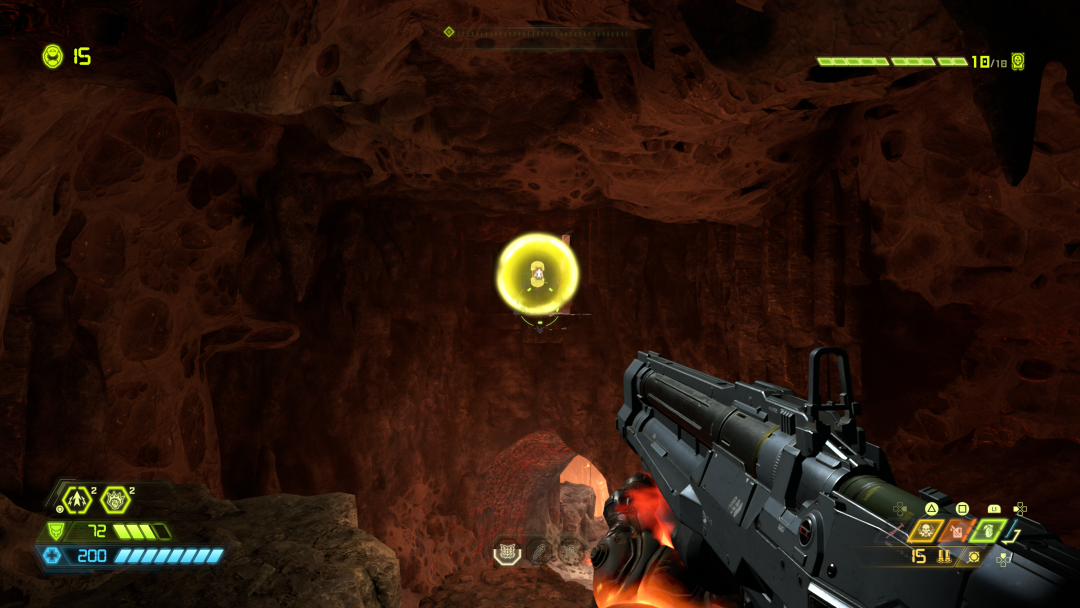 Head into the next room, make your way to the top and use the boost refiller to jump to the other side of the room and grab the Slayer Key from above the Slayer Gate. Complete that combat challenge and follow your waypoints again.

In the next room, drop down to the extra life and boost to the climbing wall. Then stay on this level and jump across to the ledge near the lava waterfall. Grab the Cacodemon Toy.