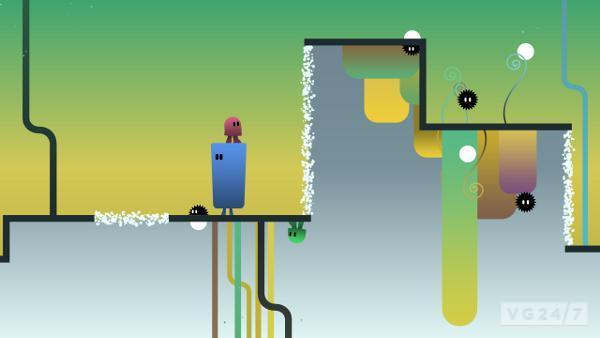 In a press release sent to VG247 this morning, ibb & obb developer Sharpweed was bestowed the top 'Indie Showcase' prize.

It's a clever PS3 co-op game based around a neat gravity-bending hook that sees the world split in two. Above the horizon gravity acts as normal, but anything below this line has its gravity inverted, so players must use portals to flip between both gravity types in order to collect diamonds, dodge enemies and reach exits.

Last week I interviewed all ten of the Indie Showcase developers and discussed each of their games. If you want to check out the three winners and the rest of the finalists, simply check out my feature here.