An Exotic sidearm. You certainly don't see that every Friday. 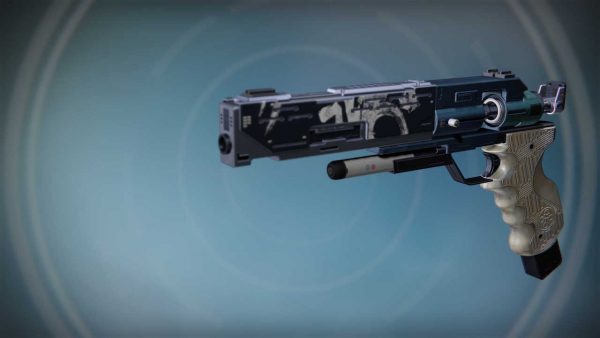 Xur is selling an Exotic sidearm this weekend. It's called Trespasser, and it's among a few new Exotic sidearms that arrived with the release of the Rise of Iron expansion.

Trespasser fires in bursts and deals Arc damage. We've asked our Destiny expert Alex to chime in. He noted that unlike Shotguns, Sniper Rifles, and Fusion Rifles, Sidearms spawn with full special ammo.

This is extremely useful in PvP, both in elimination-based modes like Trials of Osiris, and in regular Crucible - as you won't have to wait for the green box to spawn. It also shines in Iron Banner, as you'll be able to use it from the start of the game, on top of its power benefit.

Trespasser has a noteworthy perk called Unrepentant, which gets you a longer, more powerful burst if you reload after getting a kill.

Overall, a worthy purchase. Go ahead and pick it up.