Destiny: Rise of Iron brings back the Crucible's most feared hand cannon. Here's how to get it. 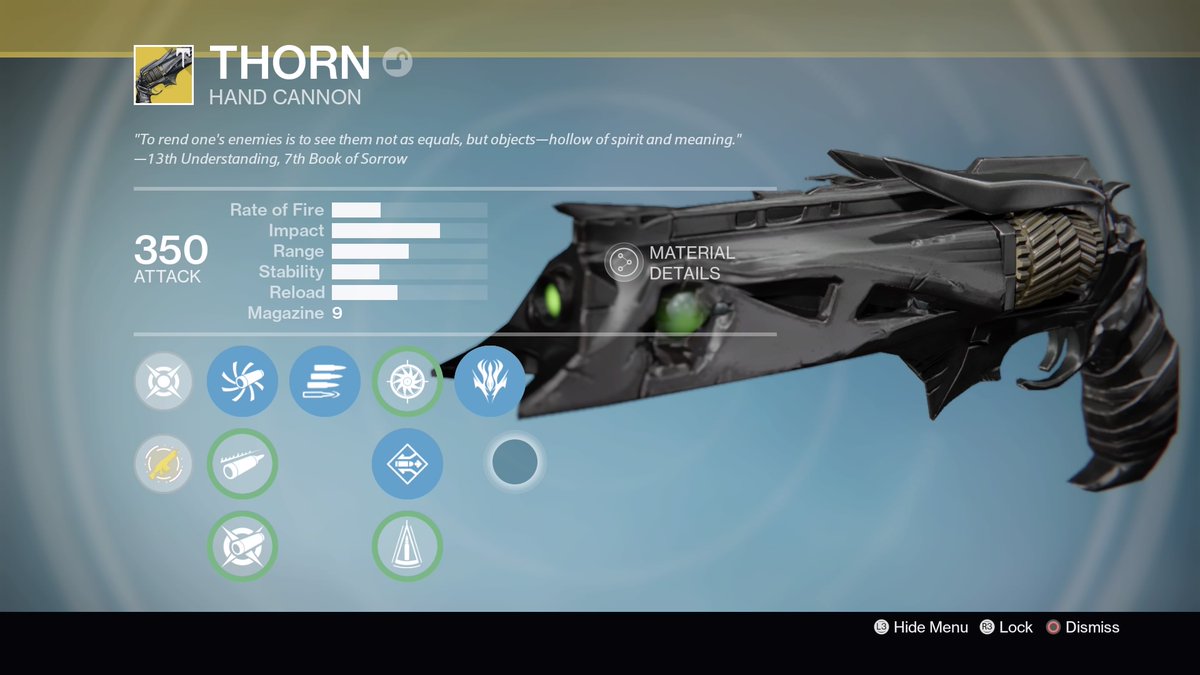 Destiny: Rise of Iron players are already running about with Year 3 Thorn. You want in on that action, and who can blame you?

Unfortunately, there's currently no known way to trigger Destiny: Rise of Iron's Exotic quest for Thorn; you just have to hope you receive the Jagged Purpose Exotic bounty when handing in Shiro-4's Iron Lord bounties. Once you have it, the bounty appears on your inventory screen; you need to visit the Tower and speak to Eris Morn to turn it into a proper quest.

What we do know is what you'll have to do once you've receive the Exotic bounty and started the Thorn Exotic quest, thanks to Redditor SteviaSteve. Here's the lowdown:

Manage all that and turn in the Exotic quest to score a Year 3 Thorn, already one of Destiny: Rise of Iron's most coveted weapons. Take it to the Crucible and ruin everybody else's day. You've earned it.