During today's Destiny livestream, Bungie revealed Age of Triumph will include Loot Boxes with and some rather nice items when completing Weekly Rituals.

This week's Age of Triumph livestream focused on weekly Rituals coming to Destiny. Bungie also touched upon new rewards that'll allow people to collect items they have missed from events in the past.

You can get caught up on everything in the easy to digest video from Arekkz above, or push your way through my disjointed recap below.

According to the stream, the long-running Age of Triumph event in Destiny will drop three Treasure of Ages loot boxes per week. These are earned by completing Strikes, The Crucible and story missions in the featured playlists which is where the term Weekly Rituals comes in.

Treasure of Ages loot boxes include limited time items from previous events players may have missed out on, like the Ghost dressed as a Ghost. These items can also be purchased from the Eververse if you don't want to rely on the loot boxes, but everything available there will be included in the troves from every live event ever held in-game.

Of course, loot will also include new items but you will have to watch next week's live stream to find out more on those. We do know there will be Emblems of Ages, Legendary Emotes of Ages, Days of Iron Emblem, Orange Chroma, ornaments for Touch of Malice, Necrochasm, Vex, Mythoclast and Necrochasm.

Remember, though, none of these Eververse items will carry over into Destiny 2; however, since Destiny 1 isn't going away anytime soon, all Eververse items bought or traded for Silver Dust will still be available in the first game. 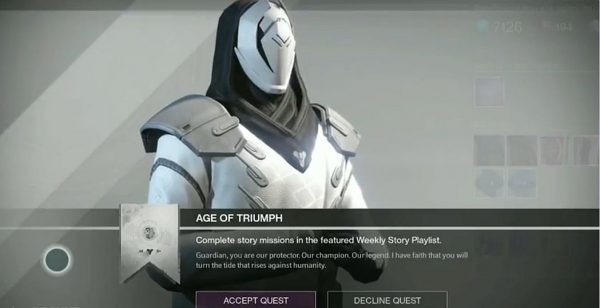 The Speaker has new quests for players which covering all content areas such as the aforementioned story missions, Strikes, Patrols and some PvP. Bungie didn't mention Raids in the livestream, but those could be included.

Lord Shaxx, the Crucible Handler located in the Tower, will also offer two weekly bounties focusing around 6v6 activities. One example shown was a Control-type bounty which offered up an Arena Engram for completion.

Weekly Rituals was the main focus of today's livestream, though, and these will feature various combinations of weekly story missions, Challenge of the Elders, Crucible and others. Heroic playlists will reward the aforementioned Treasure of Ages loot boxes instead of Dawning items, and these Heroic Story Playlists will add modifiers. There will also be five opportunities to earn 20 Marks per week. 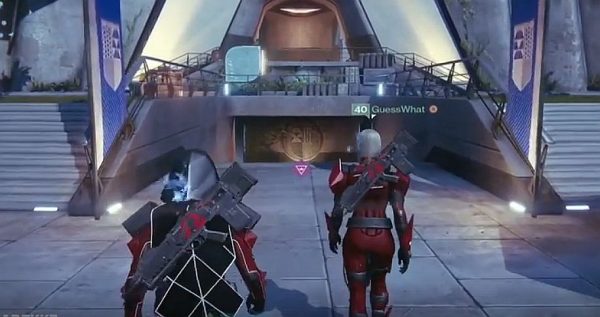 There will be a Daybreak modifier on the Nightfall Strike which increases the recharge rate. Bungie said this modifier should make the Nightfall bounty more attainable for players. Even with Epic Modifier, enemies in Nightfall won't be harder while Daybreak is active. That said, DeeJ emphasized the Daybreak modifier was just for fun, so don't expect the Striker to be easier and will only be available on Nightfall once per month.

The six week block was put in place to probably ensure people finish the Age of Triumph book by end of August, as Destiny 2 is said to be coming sometime the following month. A release date has not been announced, obviously.

Titans will also be able to color the Twilight Garrison Exotic chest armor, which is fun.

And one more thing: Blue Flames are back. When completing Nightfall, players were engulfed in blue flames which was a Nightfall buff which remained for an entire week. This increased the player's XP from all activities and will do so again when Age of Triumph launches. 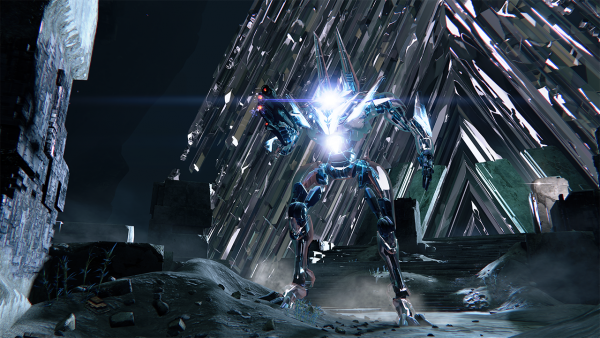 Next week on March 22, Bungie will discuss the Age of Triumph Sandbox update along with new gear, the Raids, and the return of iconic Raid weapons and of course, ornaments. Armor we'll get to see next week includes Berserk, Airborne, Arc Burn, Brawler, and Daybreak and more.

The livestream will kick off at 10am PT/1pm ET/6pm UK.