Should you buy the Exotic Hand Cannon Crimson from Xur this week? Yes. Yes you should.

Destiny 2 players can pick up a rather great Exotic weapon this week from Xur. It's Crimson – a really super nice hand cannon.

Considered a spiritual successor to Destiny 1's Red Death, which was considered the “deadliest rifle in Destiny“, Crimson has 330 attack power and features a three-round burst with a 14 round magazine, and some really nice perks.

It's just one of the many Exotics which have been added with the Curse of Osiris expansion. You can check out others through our Exotics page which is part of our Destiny 2 guide.

Usually, the Crimson is earned through an Exotic engram drop, which can be all about luck. Well, luckily Xur is offering it this week for 29 Legendary Shards, so there's no need to farm. 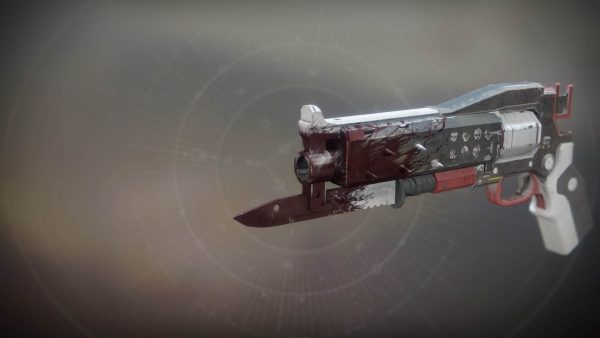 Crimson’s intrinsic perk is Banned Weapons, which is the source of its burst fire. Smallbore is another perk which gives the Legendary Barrel dual strength, with increased range and stability.

One of the best reasons to use the Crimson is the Exotic Trait Cruel Remedy, which fills magazine after each precision kill - plus it restores health with any kill. Nice.

Precision kills reload from your magazine, not just your reserve, which means you can chain together several kills and avoid reloading for a while - if you are pretty good at aiming.

In the end it’s your decision on whether to buy Crimson or not. Like with anything else, just do a bit of research first before handing Xur 29 Legendary Shards.

That said, we've heard it's a lot of fun in both PvP and PvE, so it gets a Seal of Approval from us.