It's that time again, folks: the Destiny 2 weekly reset has arrived.

The Destiny 2 weekly resent for January 30 features the usual Nightfall changes, but this week also bring with it the return of Iron Banner. with new modifiers and and challengers.

With the return of Iron Banner this week, players will now be able to buy armor and weapons from directly from Lord Saladin. Ornaments will be earned by completing challenges and objectives given by the man himself.

After returning online earlier than expected today alongside Destiny 2 update 1.1.2, you can expect the usual  Flashpoint, Meditations and Shaxx Milestone additions. As usual, there are also new Destiny 2  Eververse items, and we've posted as much as possible on everything below. 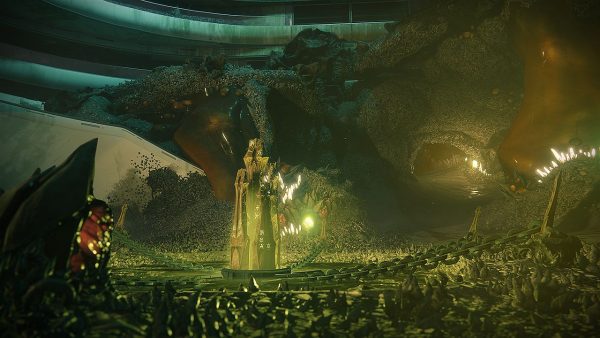 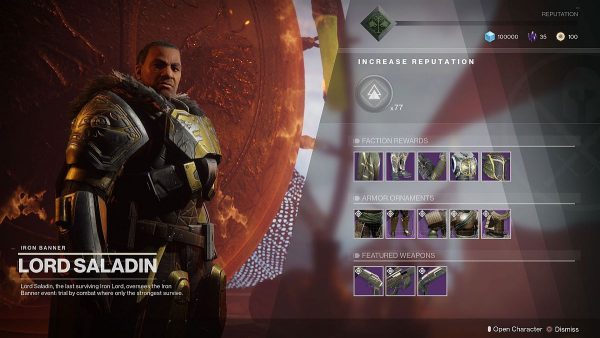 Nessus is this week’s Flashpoint destination. Head there and finish a few Public Events, and participate in Heroic Public Events as per usual. And don't forget about the Treasure Maps Cayde-6 is holding.

Hit up Shaxx at The Tower for your weekly Milestones and earn that Luminous Engram.

The Leviathan Raid Order for week is as follows: Gauntlet, Royal Pools, Dogs (Challenge) and Calus. The Challenge this week is Dogs, which takes place in the Pleasure Gardens. This raid challenge requires two players to stand at the top of the platform in the safe room holding relics. These players will ‘fire’ these relics at the plants on the floor of the room (where the other four players are) in order to give their teammates – who are all holding pollen spores – a buff.

If you are unfamiliar with relics, challenges and the like, our super Destiny 2 guide will explain it all in detail for you. It’s also worth looking at our Leviathan Raid page if you’ve had any trouble with the Pleasure Gardens, or any other part of the Raid.completed it before, here’s how to beat Destiny 2’s Leviathan’s Gauntlet Raid Challenge.