Destiny 2 is a bit coy about its new weapon system, so it's not easy to figure out how each weapon type works differently. We've sorted it all out to our own satisfaction and are perfectly willing to share!

As part of our ever-growing Destiny 2 guide, lets break down the new weapons system. We'll start with a quick guide to weapon basics for newcomers, then cover the three weapon types and their uses, before discussing rarity and loot drops and finally finishing up with a brief on Infusion. 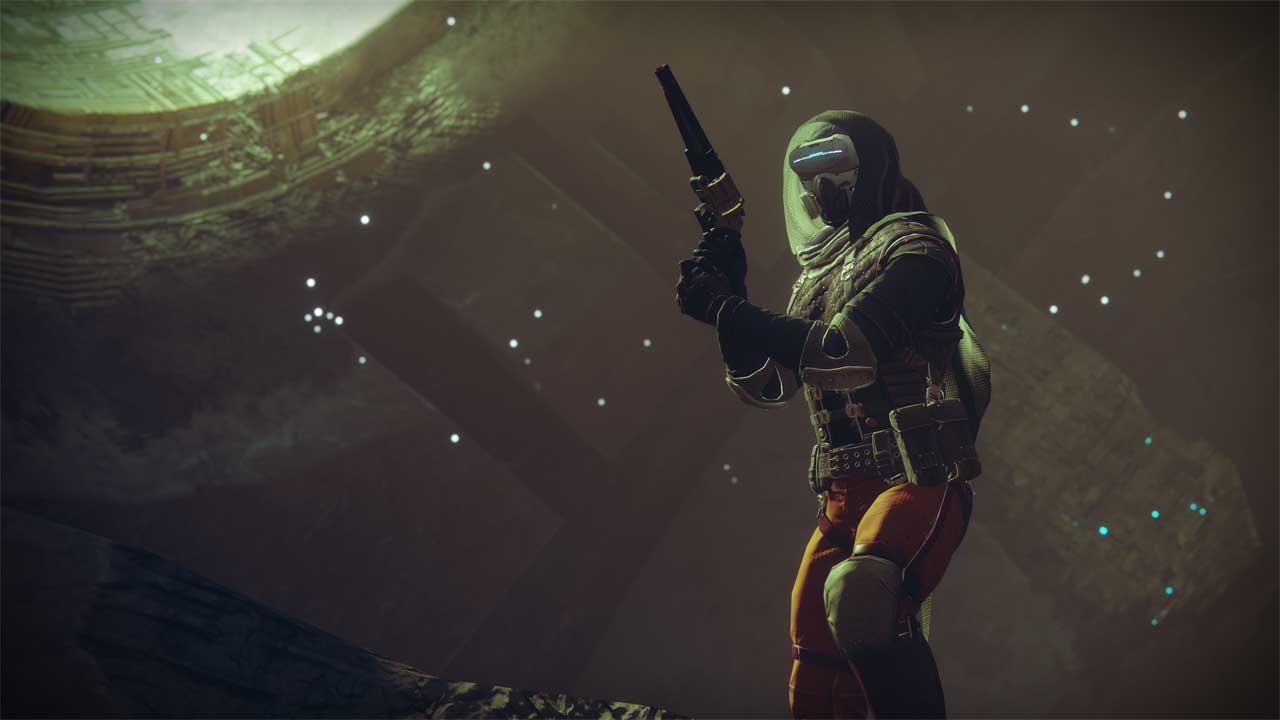 Since weapons are an important part of levelling up and growing your Power in Destiny 2, it's essential you get a handle on the basics. First of all, the bigger the number, the more raw power the weapon has; but other stats, viewed in the Inspect screen, change how the weapon feels and may mean you're more effective with a technically weaker gun.

Destiny 2 gives each player three weapon slots - kinetic, energy and power. You can carry multiple weapons of each type, but only have one equipped in each slot at a time. if you wish to change your equipped weapon in any given slot, you'll need to open the menu and switch it out manually.

Finally, each weapon type has its own ammo pool and pickups in Destiny 2. On default colour settings, kinetic ammo is white, energy ammo is green, and lovely, lovely power ammo is purple. Got all that? Good, Now let's explain what each of them are for. 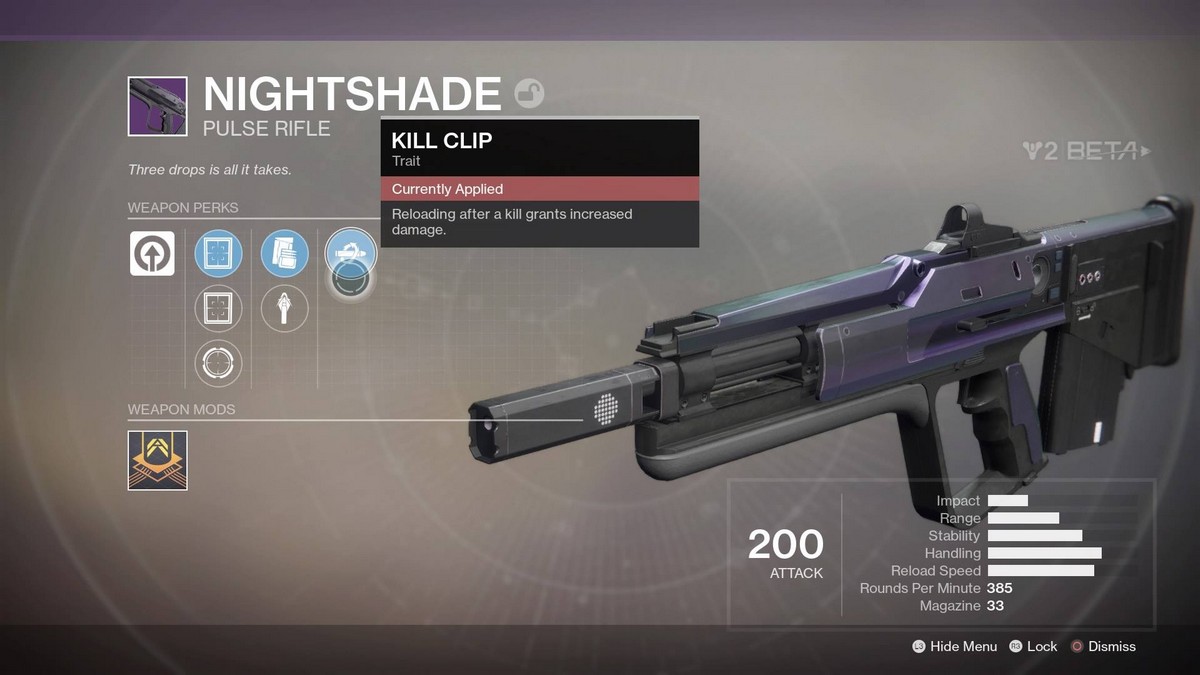 Your kinetic weapon is an all-purpose boomstick used for ploughing through grunts. Kinetic weapons can be scout rifles, pulse rifles, auto rifles, hand cannons, side arms and submachine guns.

Kinetic ammo is common, and if we see ammo synthesis consumables return in Destiny 2, we expect it to be cheap.

Although Exotic and Legendary kinetic weapons may have special perks and traits; in general, they behave just like standard guns in any video game: shoot, do damage.

But that's not to say that kinetic weapons are the weakest of Destiny 2's categories - oh no. According to creative director Luke Smith, of the three weapon categories, kinetic weapons do the most damage with critical hits, as when you whack a fellow Guardian in the head in PvP, or smack a boss or enemy minion's weak point.

If the weak point your aiming at has an elemental affinity though - ah! Let's move on.

Energy ammo is less common than kinetic ammo, but still fairly prolific, and we don't expect it to be expensive.

While energy weapons don't deal as much critical damage as kinetic weapons, their real value is dealing increased damage to shields. Any shielded enemy you see should immediately inspire you to switch weapons and pop pop pop - you'll find the shield discharges much more quickly.

Additionally, if the energy weapon you're using and the enemy's shield have the same elemental affinity - by default that's red for solar, blue for arc, and purple for void - you'll get some tasty bonuses when the shield drops. The shielded enemy will be stunned and take double damage from the shield break, and there will be an area of effect explosion that damages nearby foes. Once the shield is down, you can keep blasting away with your energy weapon, or switch back to your kinetic weapon to attack a weak spot for extra damage.

As for PvP, where you won't see shielded enemies, energy weapons deal extra damage to Guardian with their supers active - so that's what you'll want to use against all those nasty glowing Gunslingers and Sentinels. You don't have to match elements to trigger this damage bonus, which is nice. 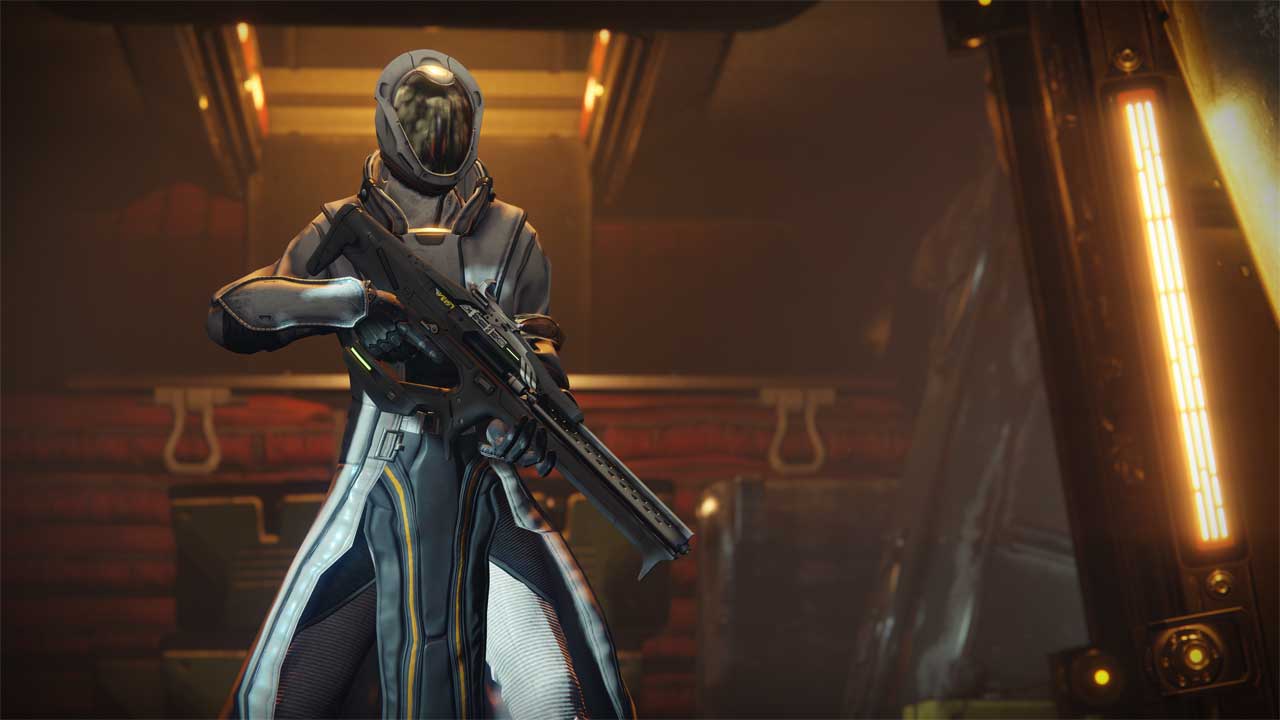 Between energy weapons to drop shields and kinetic weapons to target weak points, you're probably wondering what power weapons are for.

The executive summary is: power weapons are game changers in Destiny 2. Power weapons can be grenade launchers, rocket launchers, shotguns, sniper rifles, fusion rifles and swords - all weapons capable of dealing tremendous damage at different ranges and with varying precision. Your choice depends on the situation and preferred playstyle. Power weapons also have an elemental affinity, by the way.

In PvP, power weapons are intended to be one hit kills - although of course you do have to actually hit your target and preferably not catch yourself in the blast when using grenade and rocket launchers. In PvE, power weapons should do significant damage to bosses, and especially to general enemies.

Power ammo is rare. In PvE, it will drop rarely, but Majors (enemies with names or yellow health bars) will always drop power ammo. In PvP, you'll have to collect it from ammo boxes that spawn periodically during the match. Only one player will receive power ammo from each spawn, so expect fierce competition. 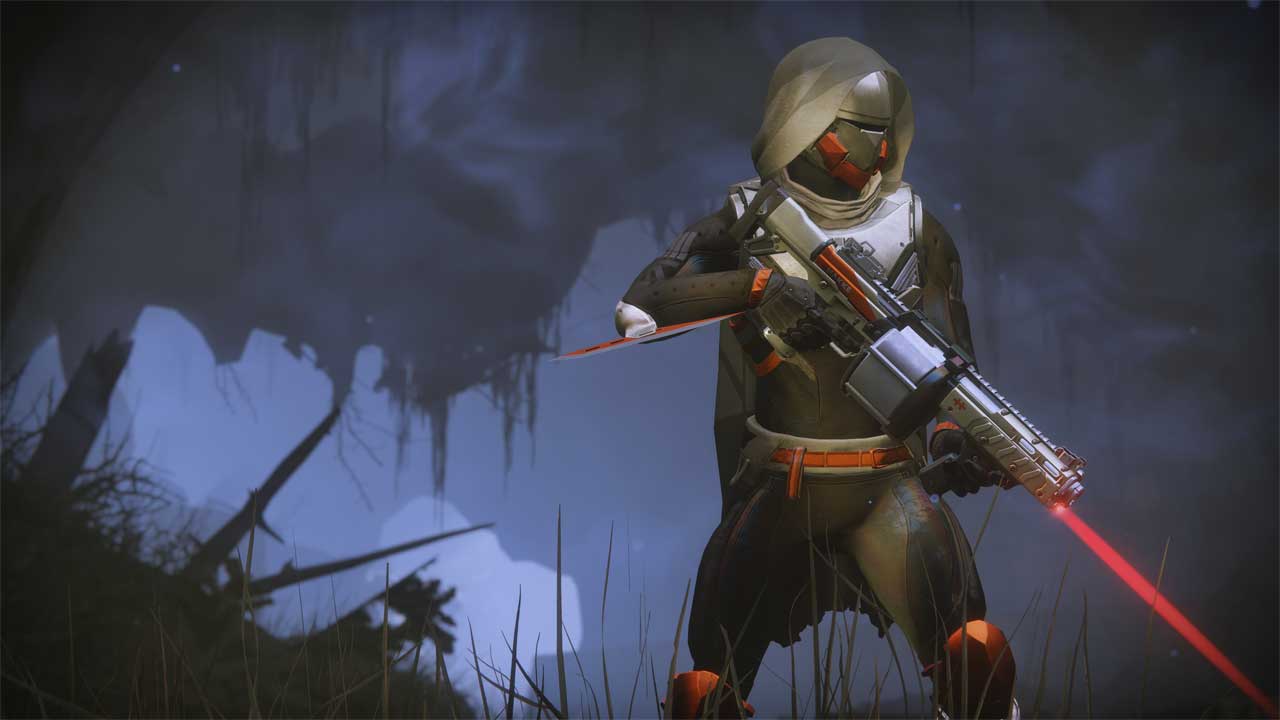 Brand new Guardians may like to know that there are five tiers of gear: Common (white), Uncommon (green), Rare (blue), Legendary (purple) and Exotic (gold). Your chances of more rare drops and rewards increases as you level up and access more advanced activities and better RNG rates, although Exotic drops are always special.

You can only equip one of Destiny 2's Exotic weapon at a time - not one in each weapon slot.

Weapons can be level-gated, meaning you can't use them till you reach a specific experience milestone. Higher level weapons have a greater attack attribute than lower level ones. Beyond the level cap, the attack attribute continues to increase, and weapon drops will generally be equal to or slightly higher than your best possible Power (gear score) level, regardless of what you actually have equipped.

Weapons can be modded. As mentioned above, you can change the element of energy weapons, and you're also able to apply cosmetic skins. These mods are consumables, so you may want to save them for endgame.

Weapon traits are set, not randomly generated. You don't have to keep checking to see whether the new version of your existing gun is better; unmodded, whichever has the higher attack value is the best option of a pair of duplicate weapons.

If you find a Legendary or Exotic weapon you really like but it's not powerful enough to match the rest of your build, you can infuse it to make it more poerful.

In Destiny 2, infusion works by sacrificing a weapon of higher value than the one you want to keep, moving its base Power (minus mods; see below) to the weapon you're improving. For example, if you sacrifice a 270 Power auto rifle, you can upgrade your 260 Power hand cannon to 270 Power.

It's important to understand how mods affect Infusion, as this can explain why you haven't had the result you anticipated. Examine your weapons carefully and you'll find that many of them come equipped with mods already installed. One common mod that causes confusion with Infusion is a +5 to weapon Power. This bonus is not transferred to the weapon being upgraded.

For example, if you have a 260 Power hand cannon, and you want to upgrade it by sacrificing a 270 Power auto rifle, check the auto rifle carefully to be sure it's not actually a 265 Power auto rifle with a +5 weapon Power mod. If it is, then your hand cannon will only upgrade to the weapon's base Power of 265 - not 270, which is the base Power plus the mod.

The good news is that you can exploit this a little bit in the other direction. Say you have a 255 Power hand cannon with a +5 modifier, bringing it to 260 Power total. If you then sacrifice a 270 Power auto rifle (actual 270, not 265 plus modifier) to infuse the hand cannon, you'll find that your hand cannon is upgraded to 275! The reason for this is that Infusion raises the hand cannon's base Power to 270, and then the intact +5 modifier adds its part to bring you to 275. Nice.

Is there anything else you want to know about weapons in Destiny 2? Just let us know and we'll do our best to answer.