Destiny 2 will feature Seasons, each with its own content theme, with the prerequisite emotes, ornaments, ships sparrows and the like.

Each year, there will be four seasons with its own themes and goals. For example, expansion one is slated for release this winter as part of season two. At present, it's rumored to be called the Curse of Osiris and various information since the game's release in September backs it up.

With season one starting soon, players can expect sandbox tuning, large patches, changes to the meta new features, and some important changes to the game. Bungie has been keeping track everything in playable space from the most used weapon and bullet to the most played subclass. Using this data, the live team plans to make adjustments to the meta to keep things from getting redundant.

Shaders will remain each season for the foreseeable future, and Bungie is considering not deleting shaders en masse, but there isn't a timetable. So expect the current shaders available in-game to remain. Changes in bright engrams will occur with each new season, and new armor will be made available.

Another Faction Rally will be held during season one compete with new shaders, ornaments and weapons just like last time when Dead Orbit was the victor.

Before the end of the season, players can expect Clarion Call rituals. Here, players will earn double XP and new bright engrams while playing with Fireteams and with pilot clan collaboration will be required.

During season one, Bungie will do its best to encourage players to join a fireteam instead of going about things solo. This encouragement comes in the form of providing buffs to fireteams, giving the player an incentive to be more sociable.

There will also be one more Iron Banner held before the end of season one with new gear for players to acquire.

Season two is going to be the biggie though, as it will see the return of Iron Banner with some nice changes to the token system, which we outlined in a separate post. The Dawning will return and a new competitive multiplayer map will be available.

The Dawning returns this winter new armor and new activities such as hockey competitions in the Tower. Players will be able to throw snowballs, which do actual damage, at other players and enemies. No word just yet on whether Sparrow racing will make a return. Along with new armor, players can expect new shaders, ghosts, sparrows, weapons and emotes. The event will also affect the rest of the game world so expect to see some differences in places other than the social spaces.

The Dawning is expected to go live shortly after the start of season two. Images seen below provide a tease of what to expect from the event. New maps will be added and once The Dawning finishes, these will be added to the rotation.

Trials of the Nine will also be given a fresh coat of paint during season two and include updated ornaments and weapons with new perks.

During the second season, players can participate in Faction Rally again, and the armor rewards for Dead Orbit, Future War Cult and New Monarchy and the weapons can be found through the imgur links.

With Bright Engrams, all emotes and other rewards will be updated and changed. This means a particular rewards from a Bright Engram will be retired upon the start of a new season. This will ensure each is exclusive to a season, so that once earned, there's no way to acquire it by other means. For instance, one of the new emotes is Mic Drop which seems to be tied to The Dawning. 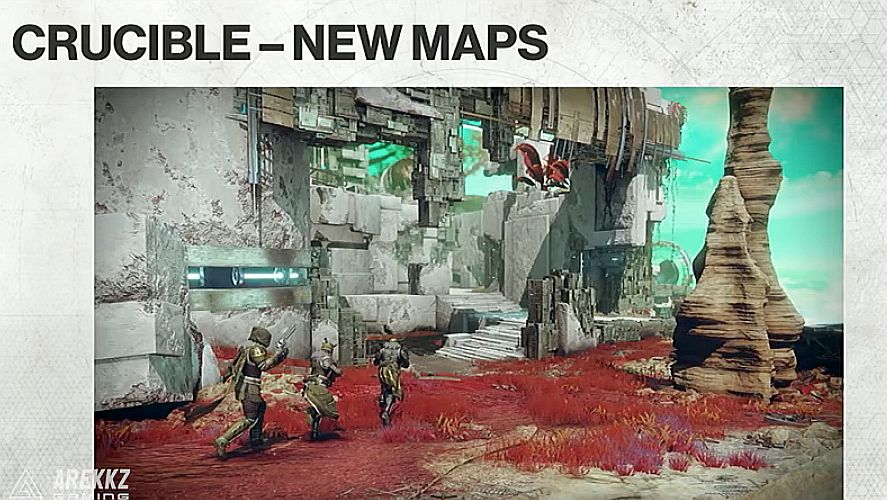 For those in a Clan, during each Season, Clans will unlock perks for completing tasks, which was previously announced by Bungie, but not explained in full. Each Clan will have daily and season milestones for events such as Iron Banner, The Dawning, and new perks based on completing Season-themed goals.

With each goal attained, Clan members will earn perks for Clan Banners along with a seasonal banner staff. Each season will feature new rewards, engrams and loot pools will update.

To keep things fair during a season, Clans will have a maximum level. This will provide Clans with smaller numbers to have a chance at things, keeping Clans with larger numbers from completely dominating a season.

Clan ranks will reset when the next Season begins. 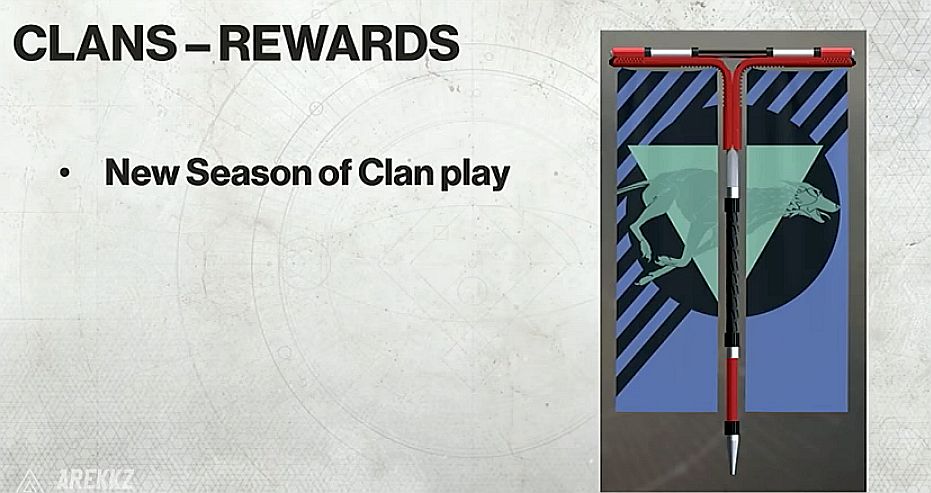 Bungie didn't say when to expect season two to launch, but we wouldn't be surprised if it didn't occur sometime in November.

Luckily, Bungie said it plans to provide more accurate timetables of when to expect updates and extra content from here on out. So, hopefully we'll know when the next content update will go live soon.

If you head over to reddit, which I will link to again here, you can get a more organized breakdown of what was revealed during the stream. D0cR3d did a bang up job of things with lovey bullet lists full of concise information instead of the massive wall of text above.