During Destiny 2 downtime today, Bungie applied a hotfix and announced the winner of the first Faction Rally.

Destiny 2 servers went offline earlier today for maintenance, and are now back online a bit earlier than planned.

Today's hotfix focused on housekeeping, with Bungie running the broom over issues with the Veteran’s Transmat Effect, clan engrams granting Trials of the Nine and raid rewards at only 10 Power, and the action button on Faction Rallies emblems displaying Discard. Invisible physics were also added to Crucible maps.

Winners of the first Faction Rally, a special event which pits the three political parties against each other, have been announced. Dead Orbit, one of the three factions, was the clear winner. Better luck next time, Future War Cult and New Monarchy.

In Faction Rally, players pick a Faction, and will earn reputation tokens for said faction during Activities. These tokens can be handed in for Legendary Engrams. You can only pledge to one of the three during each Faction Rally, and your choice will obviously reflect which loot type you're after. 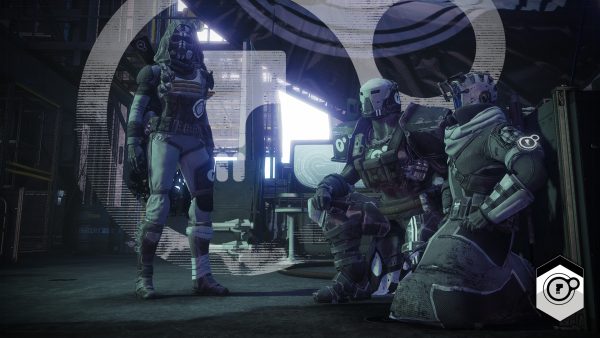 This is due to each faction vendor having its own collection of gear and shaders. As our Destiny 2 guide notes, vendor engrams are a great way to level up and get more Power fast, especially before you hit about 260 Power.

Faction Rally Destiny 2 will be a regular event, with the winner announced upon conclusion of weekly maintenance on Tuesdays.

The winning Faction vendor will offer a unique weapon for sale upon winning, and those who pledged to said Faction will be able to purchase this weapon for 1,000 Glimmer. Everyone else will have to hand over 50,000 Glimmer. Ouch.

We've broken down what Faction Rally in Destiny 2 is for you through here. It also details how to earn loot and which Faction you may wish to choose.

Quests: Fixed an issue in which progress for the Exotic Quest Step "His Highness's Seal" was not incrementing properly

Added invisible physics and kill volumes to keep players inside the intended playable area on the following maps: