Destiny 2 is all about loot. Come get yours, bold Titans.

Titans form a vital wall of defense in the Destiny 2 universe, so they need some fancy Exotic armour to protect them while they do it. After all, if you can't protect yourself, how are you going to protect your precious Fireteam? Here we've rounded up all the Titan Exotic armour available in Destiny 2 at release, along with what they're all capable of.

We’re updating our Destiny 2 guide with Curse of Osiris content, so if you’re yet to dive into the expansion and don’t want to know what’s waiting for you, avoid scrolling down. You’ll find four new armour pieces waiting for you, and we’ve flagged them as exclusive to the add-on.

Looking for a specific non-Exotic armour set to craft a perfect build? Check out our list of Legendary Restorative, Heavy and Mobile Titan armour sets and where to find them.

Titans spend a lot of time charging into the frontlines, and tend to think they can punch their way through anything. We must protect your tender head from a gruesome fate with nice, thick helmets. There are two in vanilla Destiny 2, and two more added with Curse of Osiris.

Mask of the Quiet One

Helm of Saint-14 [Curse of Osiris] 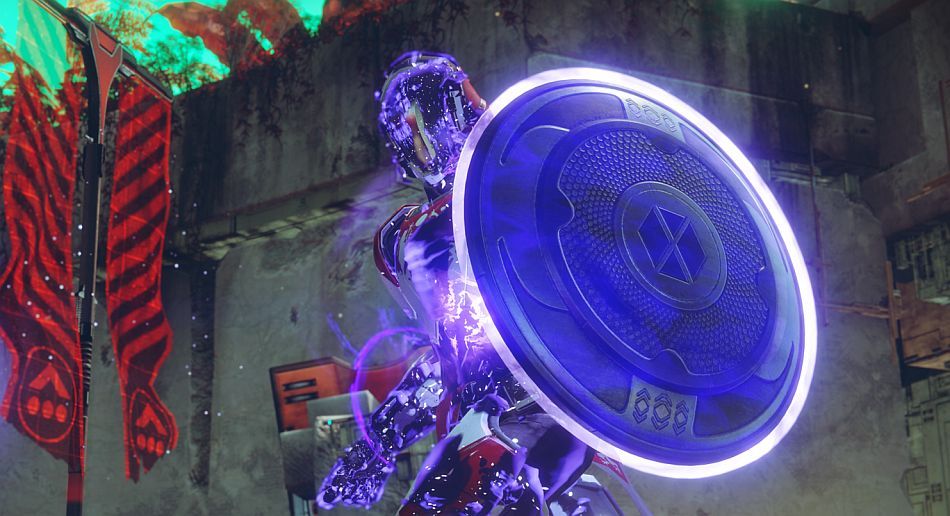 The chest is the biggest target on a Titan so layer it up with a good tactical vest. If the vest also helps turn you into an unstoppable killing machine, so much the better. there are three Exotic chest pieces for Titans, and two of them are brand new with Destiny 2.

A Titan must protect their hands, because hands become fists, and fists are for punching. Rawr! Me Big Titan! Me punch my way through trouble! Me no need weapons! This is a very unfair characterisation and I apologise. There are currently four Exotic Titan gauntlet sets, and one is a returning favourite.

Titans are the least agile of the three classes, and if you want to change it, your leg armour Exotic choice can make a big difference. Run faster, gain better aerial movement, and - oh wait, the third one's a weapon perk. Well, that ruined my intro theme. Anyway, the fourth one came with Curse of Osiris and gets us back on track for sprinting everywhere.

That's it for now - we'll let you know about any new Exotic armours added down the track.