Old King Allant is the final boss of the Boletarian Palace. He’s also one of the most difficult bosses in the whole of Demon's Souls. This fight will test everything you’ve learned so far and punish you hard for your mistakes. That being said, with the right tools and strategy, you can defeat him.

Old King Allant is extremely aggressive, hardly ever giving you a chance to heal or attack. Knowing your openings is the key to defeating him. He only has 3 real openings: after his charged explosion, dash, or jumping attack.

The absolute strongest counter to Old King Allant is the spell Warding. Warding reduces all physical damage received by 70% for 40 seconds. If you use it, be sure to recast it every 40 seconds when it runs out. You can learn Warding from Sage Freke after defeating Penetrator in World 1-3.

He also has several attacks that come out almost instantly. Because of this, the first thing you need to do is always keep your distance. 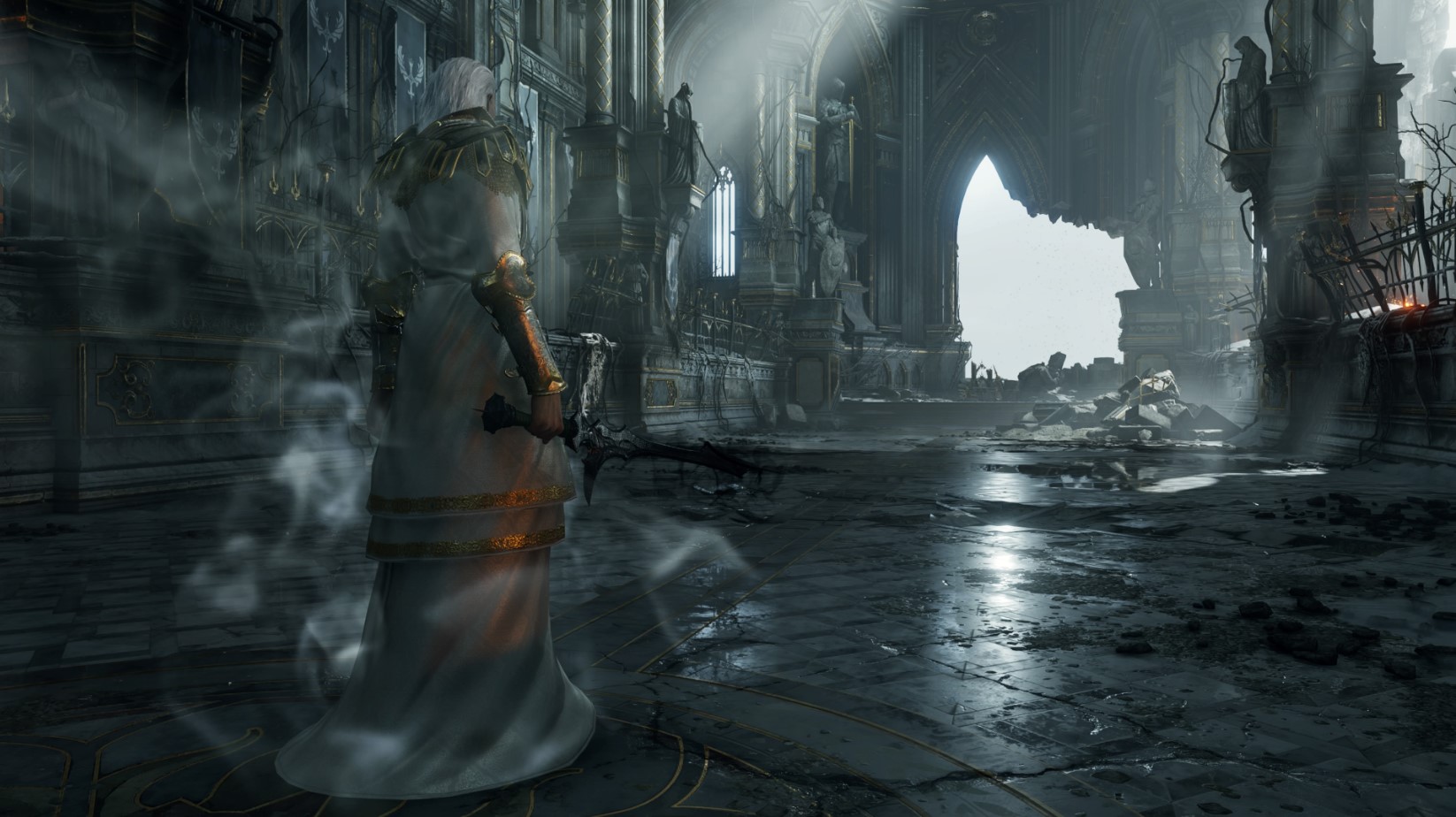 Don’t back up too far though, because you always have to be able to interrupt his charging explosion attack. You’ll know when he starts to do this when his sword starts glowing and he points it to the ground.

At this point you have to make a decision: do you interrupt the charge or run away? If you decide you’re not close enough to hit him and interrupt him, run as far as you can away from him. The area of effect of his charging explosion covers a massive radius.

You also need to constantly watch out for his dash attack.

He will raise his sword high above his head before he instantly charges at you from across the room. His dash can be rolled through with the right timing or blocked with a powerful shield. Immediately after dodging or blocking, strafe behind him and counter attack.

Because we’re keeping our distance, we will constantly see these two attacks from him, so keep them in mind.

His close range attacks are extremely dangerous. Not only do they come out incredibly fast, but they almost always finish with a ranged projectile. Because of this, you have to be constantly ready to dodge the projectile at the end of his combos. Remember not to get too greedy, as he has many attacks that come out near instantly and do insane amounts of damage - namely his sword slam and backdash attack.

Another attack to watch out for is his signature move: Soul Suck. The second you see Old King Allant’s hand start to glow, you have to roll away as quickly as possible. If he lands Soul Suck, he will drain a soul level from your character. Permanently. Yes, really.

Not only does it de-level you, but it also does a massive amount of damage.

If you are absolutely sick of Old King Allant, there is a method to kill him without even fighting him. However, this method is extremely time consuming.

All you need is the Poison Cloud spell and the Thief’s Ring. You can learn Poison Cloud from Sage Freke after defeating Leechmonger in World 5-1.

You can obtain the Thief’s Ring by either finding it in World 1-1 where Ostrava was trapped or by killing Patches.

With these items equipped, enter the boss fog and wait for him to turn his back to you before moving up the stairs. Then carefully go up and cast Poison Cloud on him.

You should see him get poisoned and his health slowly drain. As soon as you stop hearing the poison sound effect and see his health stop draining, recast Poison Cloud. You’ll need to do this six times before he finally dies.

After defeating Old King Allant, you will receive the False King’s Demon’s Soul. This soul can be used to create one of the strongest weapons in the game: the Northern Regalia.

If you're struggling with this latest remake, check out our guide to the best character builds in Demon's Souls.