The Blue Dragon in the Boletarian Palace can be a menace when trying to progress through this level of Demon's Souls. This strategy will show you how to kill him safely and efficiently.

Demon's Souls - How to beat the Blue Dragon

For the first of the three methods, we need to use either a Sticky Compound Long Bow or a White Bow.

You can find the Compound Long Bow near a Skeleton Archer in World 4-1. Or, you can find the White Bow by killing the Black Phantom at the beginning of the level.

This method can be sped up by using Hyper mode. Hyper mode can be achieved by equipping the Clever Rat’s Ring and/or Morion Blade when you are below 30% HP to increase your attack power by up to 140%.

You can find the Clever Rat’s Ring outside the boss fog in World 3-1 in the middle of the ballista hallway. You can create the Morion Blade at Blacksmith Ed after defeating the Storm King in World 4-3.

Equip the ring, offhand the sword, and take enough damage to get to 30% health. You can equip the Magic Sword “Makoto” if you have it for an easy way to drain your health. You’ll know you’re at 30% when you see a rat icon below your stamina bar.

Now that we’re prepared, we can go to the first encounter with the Blue Dragon on the long walkway.

There are two Fat Officials here. One will die to the dragon fire and the other will need to be killed from range. Now is the time to get into hyper mode (30% health), equip your bow and Heavy Arrows, and begin by killing the second Fat Official from the doorway.

After he dies, it’s finally time to start damaging the dragon. Aim for his wings, as they are the closest and will do the most damage. Keep firing until the Blue Dragon hits 50% health, then he will fly away onto the second encounter. 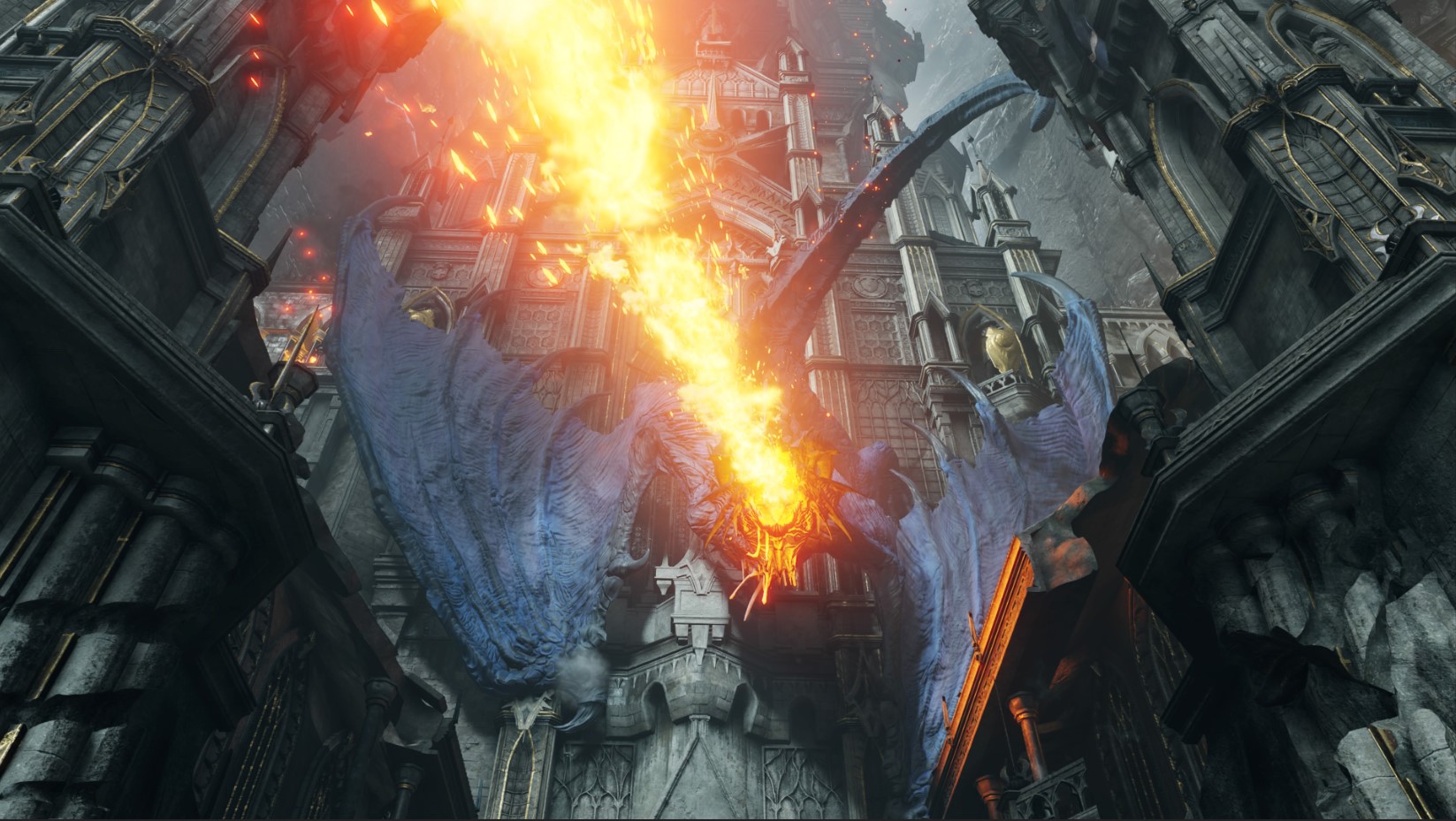 Run out onto the staircase, equip your Light Arrows and start firing away. Be sure to aim directly at his head to do the most damage. Eventually, the Blue Dragon will be defeated and you’ll be able to walk through the level without having to worry about him.

There is another strategy you can use that requires running past the fire and surviving. To prepare, you can use the Second Chance miracle to keep on running even if the fire kills you, and Water Veil and Ring of Flame Resistance to mitigate the damage taken.

The dragon will start his fire breath from left to right, then right to left. Start your sprint on the right side of the staircase the second the fire breath ends from right to left. If timed correctly, you should make it unscathed.

Peek out from the doorway and you should be able to lock on to the Blue Dragon and attack him safely. Be sure to enter hyper mode to do more damage. You can now equip any bow or spell and start attacking. Soul Ray is a great option for casters. 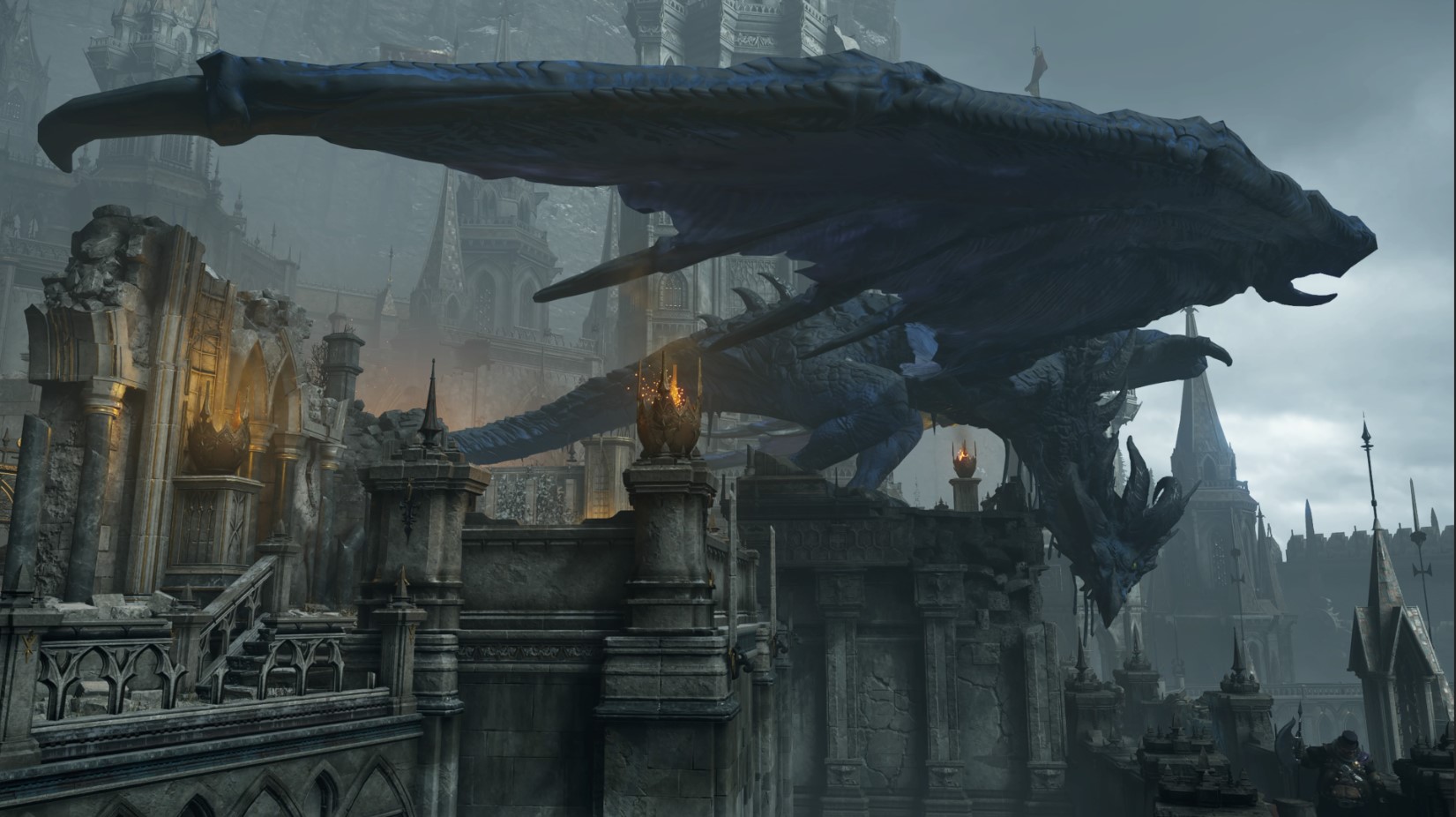 The final and slowest option using this strategy is to use Kunai bought from Graverobber Blige to poison him. Start by throwing Kunai up at the Blue Dragon until it’s poisoned. As soon as you stop seeing the poison effect and see his health stop draining, start throwing Kunai until he gets poisoned again. This will take awhile, but is the cheapest method besides magic.

When the Blue Dragon is defeated, you will receive the Large Flame Scale Demon’s Soul, which can be consumed to gain 30,000 souls.

For more Demon's Souls guides, here's our run-down of the best builds for your character.

We also have a page on the best weapons for the early, mid and late game, here.