The Armor Spider is the first boss you encounter in Demon's Souls' Stonefang Tunnel. However, she’s relatively easy to defeat since she only has access to three attacks at any given time.

The Armor Spider has six attacks in total, but pulls out a different moveset depending on how far away you are from her.

When you’re not in melee range of the Armor Spider, she can only do three different attacks. 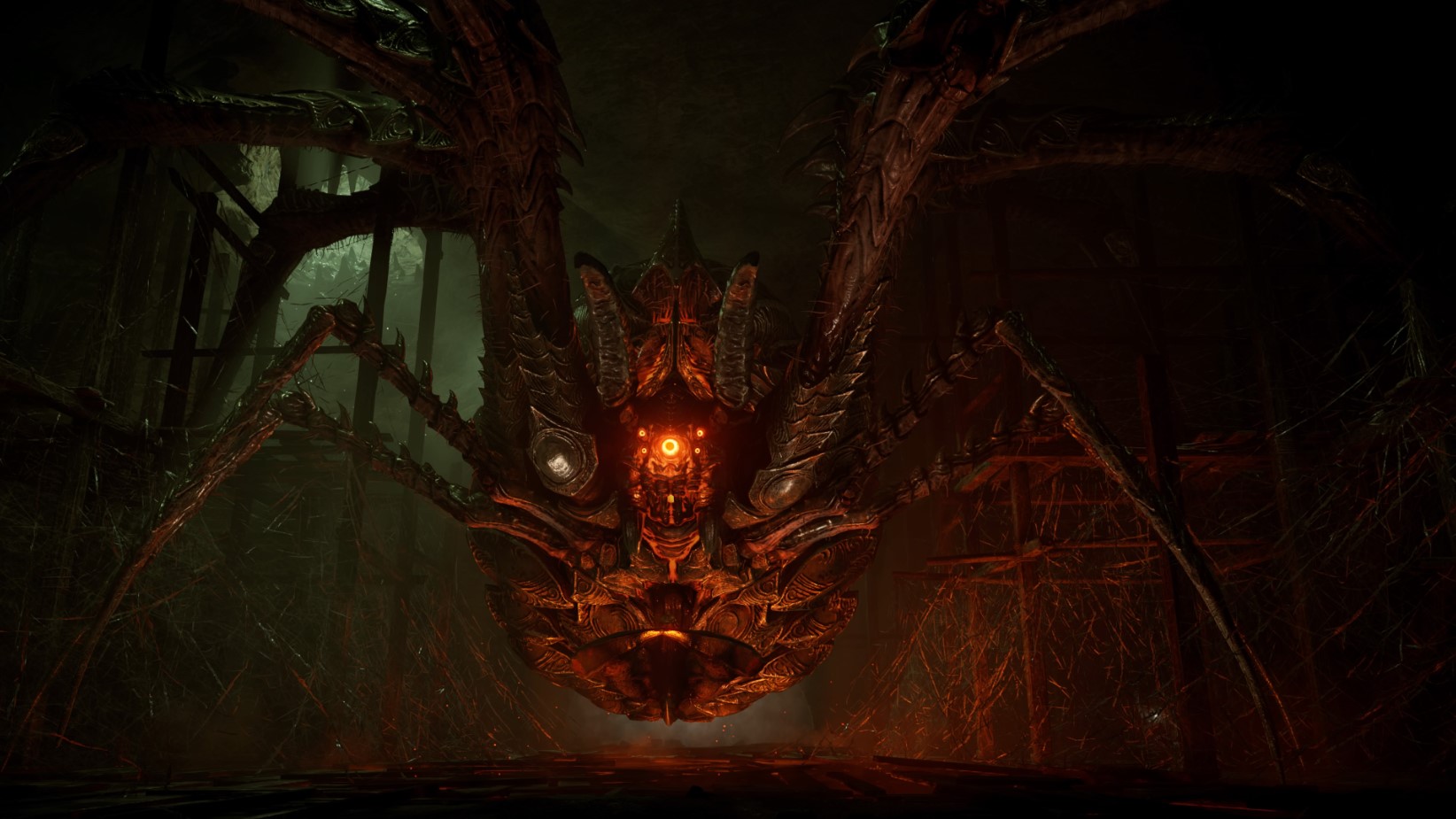 The Armor Spider is weak to magic! Be sure to use Sticky White Slime to buff your weapon with extra magic damage or use the Crescent Falchion found in World 4-1. Also, if you have any magic spells, they will do massive damage against her. If you want to block the Armor Spider’s attacks instead of rolling, you should use a shield with high fire resistance (Purple Flame Shield, Large Brushwood Shield, Tower Shield).

The easiest strategy to defeat the Armor Spider is to use a bow or magic and hug the left side of the tunnel. Make sure you have lots of arrows ready to go and fire away. The only attack that will hit you is the web shot, but just roll through it or tank it and heal up with grass when necessary.

After the Armor Spider is defeated, you will receive the Hard Demon’s Soul and Pure Spiderstone. The soul can be used to create the Lava Bow, one of the strongest bows in the game. It can also be used to learn the spells Fire Spray from Sage Freke and Ignite from Yuria.