We don't know much about Kojima's new title, but at least we've got a release window. Kind of. 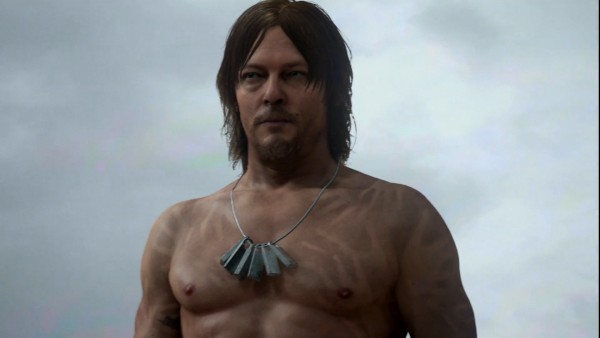 Death Stranding is a mystery.

Kojima has done a pretty good job of keeping a lid on what he's called his "best work so far," but he shared a few morsels at TGS during an on-stage Q&A session that IGN attended.

Tokyo is hosting the Olympics in 2020 and Akira was set in 2019, narrowing down the date a fraction. So it seems that a 2018 release date is being hinted out, so you just need to make sure you don't get run over by a bus before then.

The game will also feature a female protagonist whose role is still being cast, and once again, Kojima highlighted the unique take on multiplayer that we'll see in Death Stranding.

"It will be a different kind of online play than anything we’ve seen before," he said.

On the subject of the game engine, it was confirmed that the studio used a "well-known" third-party engine rather than building their own from scratch.

Metal Gear's character and mechanical designer Yoji Shinkawa - who joined Kojima Productions and is working on the title - was also onstage and said he'd like to see mechs make an appearance in the game. Whether that was a hint or wishful thinking is speculation at this point.

So not a huge amount of new details, but enough to be getting on with for now. Are you still interested in the title or do you think it was announced too early to maintain the hype for another two years?