Dead Rising 3 developer Capcom Vancouver has re-jigged its survival horror format to such a degree that VG247's Dave Cook actually enjoys playing it. Find out why in his Xbox One appraisal. 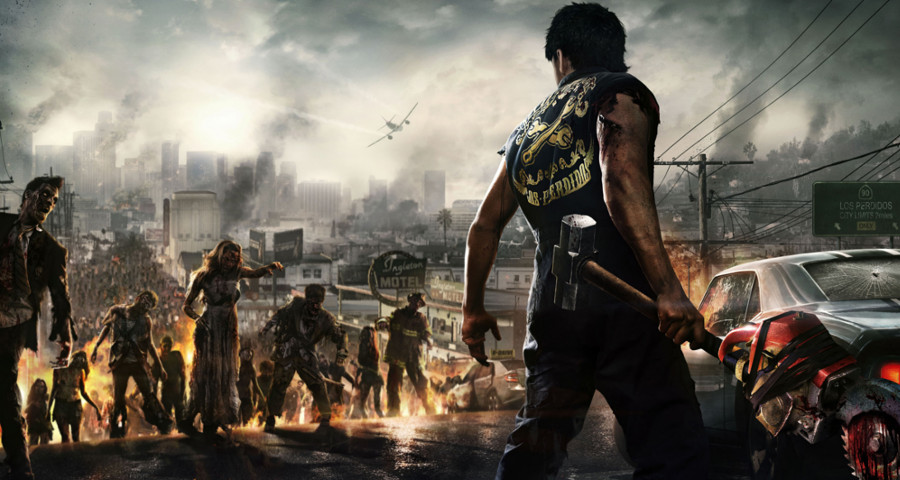 Xbox One console review round up

I'll get strung up from the rafters of the internet for this one, but I really didn't like the first Dead Rising game. The time mechanic was my key complaint. I didn't like the fact that I was expected to replay the story repeatedly in order to level up, and to figure out where I had to be at certain times. That's not fun to me. That's time-keeping. That's work. I skipped the second game. What I wanted was something more like Saints Row 4; a massive big jolly with tons of toys and zombies to slaughter at my own pace.

It seems like I got my wish. Dead Rising 3 bears a lot of weight on its shoulders this week as an Xbox One launch title. Capcom Vancouver had me a little nervous with its gamescom alpha build, thanks to its juddering frame-rate and slow-down, but it appears that this was merely a case of the early version jitters. The final code runs smoothly, and I've been playing it for a solid six hours already. Does it signify a true generational leap however? Well not exactly, but that doesn't discount its appealing sense of fun.

The sandbox city of Los Perdidos has been ravaged by the zombie outbreak and as a reactionary measure, the military will use a bomb to obliterate all organic life in the area within five days. Loveable but dopey mechanic Nick Ramos and his chums have to help what little survivors there are escape on a plane before the city is vapourised. So yes, there is still an over-arching time mechanic, but the developer has taken great care to ensure that the patchwork of progression mechanics around its premise never punishes you harshly for failing to be somewhere at the correct moment.

Once let loose in the city, you'll appreciate how vast it really is. The starting zone is piddling, while the full play-space comfortably dwarfs the original game's mall, or Fortune City from Dead Rising 2. It's no Los Santos, but it is dense and teeming with distractions. Your first port of call is to arm yourself, and using Nick's engineering skills you can forge a glorious assortment of insane weapons by sticking two base items together. You need to find blueprints scattered around the city before creating recipes though. There's tons of them.

My favourite by far is the Flaming Sword, which is created by melding a katana with motor oil. Simply pick up both ingredients, open the weapon radial and tap A to combine them. The Dragon Punch remains in my top tier since I first saw it at gamescom. Tapping Y sees Nick pull off a flaming dragon punch from Street Fighter, along with a yell of "Shoryuken." Then there's the Super Massager, which is essentially a giant cannon that fires dildos. It's a mechanic that results in a sense of unbridled humour and fun. Seeing Nick wade through scores of the undead with a makeshift grim reaper scythe is smile-worthy. You may even laugh out loud. 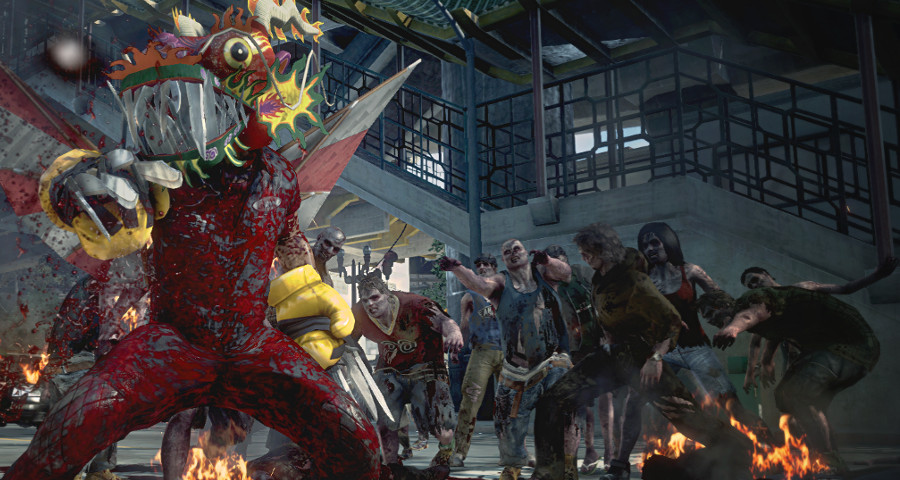 Crafting can be done anywhere if you have the necessary blueprint, and this sees the developer stripping out all of that redundant back-tracking and pissing about forced upon you in the first game. The same goes for saving your progress, which can still be activated by visiting a toilet or by simply going into the menu and hitting 'save'. The fact you're not desperately running to the nearest bog and risking death for something as simple and fundamental as saving your game is inviting. Checkpoints are also healthy in abundance should you get yourself killed. This game doesn't infuriate me with its clunky design and insufferable grind like the original. It's fun.

Nick can also combo cars to make ludicrous designs, such as a killer street sweeper and the notorious Roller Hawg. Driving itself is adequate enough but fairly clunky depending on your chosen ride. It's not a big part of the game though, so it's never forced on you, although I'd definitely advise it when zooming along the stretches of freeway that connect each of the city's districts. Those roads get pretty dangerous very fast if you're not prepared. Traversal and running is a key theme in Dead Rising 3 thanks to its familiar, yet improved mission format.

So here's the big 'thing.' The original Dead Rising was - to me - difficult to grasp unless you knew where you were going and the best order in which to proceed with Frank's chores. The toss-up between saving your game, finding food, leveling or saving survivors due to a lack of time gave it an almost hardcore, risk-reward flavour. It tasted sour to me, but I do understand why people liked it. On Xbox One, missions do expire and you do need to run or drive your way to them, except the time limits are kind and failure does not result in you missing a huge chunk of the game.

In standard mode, key missions bear no time limit, but the onus is still on you to finish the campaign before Los Perdidos explodes. This ensures you're never missing any key content, but that there's pressure enough to keep the action moving at a tense pace. Creating tension and fueling frustration through beginner's traps are two very different things. If you want that classic, time-based experience you can opt to play in Nightmare Mode instead. The choice is yours. 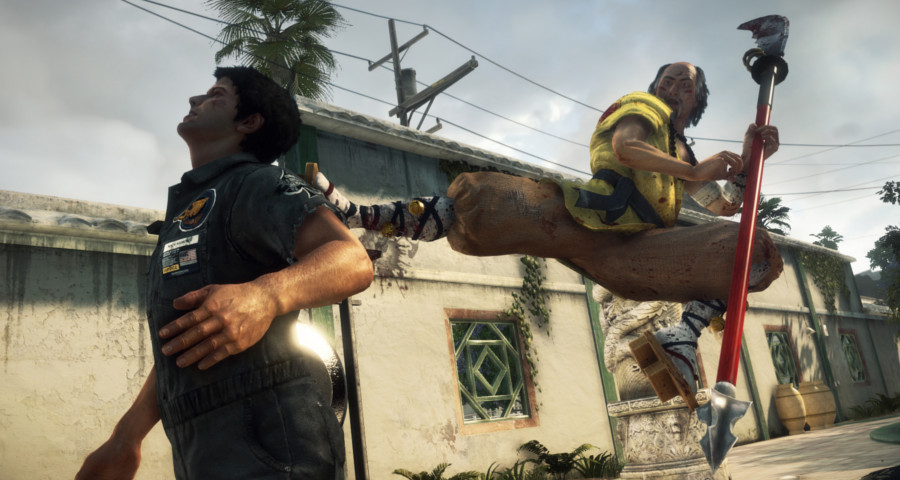 Survivors are the next positive step. You no longer have to sling people over your shoulders or baby them through every step of their rescue. When near a person who needs help, they'll be marked on your map. Simply get to them before they die and clear all of the zombies around them to send them straight back to your safehouse. Other survivors can help you fight, and these people will need escorting back to one of the many home bases. Luckily, you can arm them with weapons or give them food to replenish their health. Again, they're no longer a total pain.

As you save people and complete missions you'll earn PP Points that are used to level up Nick's skills, health bar, combo time and more. You can gain extra points by finding Frank statues tucked away in the map's many houses, schools, mansions, and shops. There's even propagandist loudspeakers to be destroyed in higher places. That Dead Rising 3 manages to throw all of this at you with a time limit, yet still does so without falling into those old frustrations is a big plus-point in my book. It's fun, daft, still a little clunky in parts and still delivers a thin layer of cheese in the dialogue.

Visually, it's not a seismic leap, but it certainly doesn't look bad either. At the end of the last generation (man that feels weird to type!) you had a visual powerhouse in GTA 5. Now, at the start of the current cycle you have Dead Rising 3. Capcom Vancouver's title clearly looks better with nice lighting effects, reasonably well-defined textures and such, but we're at a point where both cycles are closely matched. It hasn't totally bowled me over, but nor did I expect it to. You can't have a full generational leap in quality this quickly. It will take time.

However, what does impress is the volume of zombies on screen without any of the slow-down I suffered in the alpha build. It really can make for an overwhelming sense of tension, especially when you're down to your last food item and all your weapons are about to break. When you're in a tight spot, the ability to just tack a rake and a katana sword together to make some sort of giant claw weapon of doom may sound like a gimmick to be slapped on a box, but it helps Dead Rising 3 become more than a simple sandbox romp. It's crazy, it's dumb and so far it's given me a fun entry point to Xbox One.

Disclosure: To assist in writing this article, Microsoft sent Dave a copy of Dead Rising 3 on Xbox One.