Dead or Alive 6 director Yohei Shimbori has reiterated the fighting game will still contain jiggle-wiggle, despite concerns from fans stemming from rumors.

Speaking in an interview with Game Informer, Dead or Alive 6 director Yohei Shimbori said rumors surrounding the death of breast-physics are not true.

"Depending on the outfit itself and the material, whether it’s solid material or soft cloth, it will be different," Shimbori told Game Informer.

"We look at the way the body moves, not just the breasts, but other elements, too. We are really looking to show more natural body movement. With this current build now, it’s probably only 70 percent implemented into the way it’s going to be in the end.

"We’re working within our fan expectations, and we do want to dispel any rumors that there is no movement whatsoever. That’s been a misunderstanding."

Shimbori continued by saying he and team want players to focus on more than just swinging cha-chas. The team has put tons of effort into every character "right down to facial animations, bruises, scratches, and sweat." 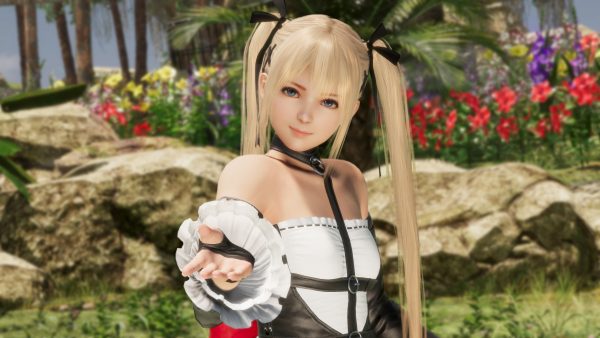 His comments reiterate those made in June when Shimbori spoke with Eurogamer on the subject at E3 2018.

So, yes sweater puppets will still move around in-game, because that's what they do in real life ya know. Especially if there isn't enough support or they have certain, um, proportions. Imagine, if you will, trying to run without the Grand Tetons wrapped up. You know what would happen? Two black eyes is what.