The Dead or Alive series has been about sex appeal ever since it launched in 1996. In fact, it was intentional: Team Ninja believed that purposely being provocative would allow for a more entertaining product. So if you wondered why the breast physics of female characters bear little semblance to reality, that would be why.

Still, a lot has changed in twenty years, and it seems Team Ninja is ready to try something different. Dead or Alive 6 will feature a more realistic fighting style, complete with practical costumes and natural body physics.

To be clear, that's not just referring to breast physics. Fighters will develop bruises while taking damage, and even sweat as each match progresses. 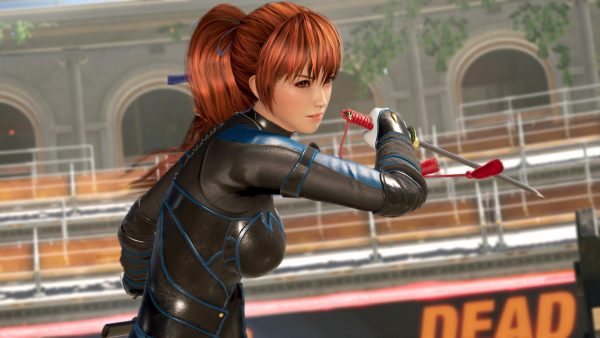 "I want to show how sweaty the fighters get as they fight, either female or male, it doesn't matter," game director Yohei Shimbori told Eurogamer. "They can really go to the extreme in their fighting and get injured. We want to show the damage as well."

Costumes are being overhauled as well. Perhaps the most notable example is Kasumi, who has gone from an outrageously revealing outfit to a somewhat more realistic, skin-tight combat suit. Interestingly enough, Shimbori is building on a trend developing in the comic book industry.

"The reason I chose that costume is because I'm a fan of American comic books," he continued. "When you look at American comics, they're abandoning those classical costumes and becoming more functional, becoming more like fighters. They have certain materials they use for the costumes. I thought that was a wonderful idea and I wanted to follow that."

As for breast physics, Shimbori has promised outrageous motions won't go away entirely, but it will be less exaggerated. "We are trying to achieve some natural movement, so when you move, things move naturally. That's our intention," he explained. "This is a fighting game. We felt people were not looking at this as a pure fighting game. They were looking into something that was in the wrong direction. So, we wanted to make sure this is a fighting game first."

Team Ninja certainly is taking a risk with these changes, but if the formula changes draw in new fans? It could prove to be the best decision for the series. We'll find out in early 2019 when the game launches for PC, PlayStation 4, and Xbox One.