Update: Although it's not impossible that Cyberpunk 2077 netrunner summons could involve a minigame based on Mike Pondsmith's tabletop universe, it has since been confirmed by a dev at CDPR that the podcast from which the details were derived was slightly mistranslated.

While the section on fantasy RPG creatures appearing on The Net in Cyberpunk was actually discussed, it appears the CDPR devs were mainly talking about Cyberpunk 2020, the game on which Cyberpunk 2077 is based. They were merely expressing nostalgic interest in their favourite parts of R. Talsorian Games' board game, as opposed to explicitly outlining features players can expect in Cyberpunk 2077.

Original story: It was recently unveiled that Cyberpunk 2077 netrunner summons could enable players to call for aid in cyberspace - sort of like Digimon, except not really.

The news comes from a Reddit user named Moraez, who recently posted a summary of details revealed during a string of podcasts hosted by German games website GameStar. If you want to listen to the podcasts yourself, which feature interviews with CD Projekt Red devs, you'll need to be able to understand German, as well as have access to GameStar's premium subscription service, which ensures the podcasts remain behind a paywall.

Fortunately, we've got all the details here, including information about the potential to summon Pokemon-esque critters to help you hack The Net in Cyberpunk 2077.

"Inside of the Cyberspace you will be able to summon Phantasy-RPG-like creatures and warriors who can, for example, burn out another hacker," writes Moraez in their breakdown of the podcasts. Moraez later offers a more comprehensive explanation of Cyberpunk 2077 netrunner summons, transcribing and translating the following directly from the podcast:

"...and especially what will be possible in this Cyberspace when it comes to depth and features, because the Cyberspace in Cyberpunk 2020 is a bit like Skyrim meets Tron. There are weapons like in a phantasy RPG ... that you can summon someone who burns out an evil hacker. He scorches his brain and the hacker topples over. Or that you throw fireballs and block them with shields. So it sounds like a phantasy-RPG in a high-tech environment."

For those acquainted with the world of Cyberpunk - notably Cyberpunk 2020 - Cyberpunk 2077 netrunner summons shouldn't come as much of a surprise. Netrunners, or hackers who use cybermodems to roam The Net in three dimensions, often have access to virtual objects called Icons, which are a sort of hacking tool that manifest in ostensibly physical, but actually digital forms. 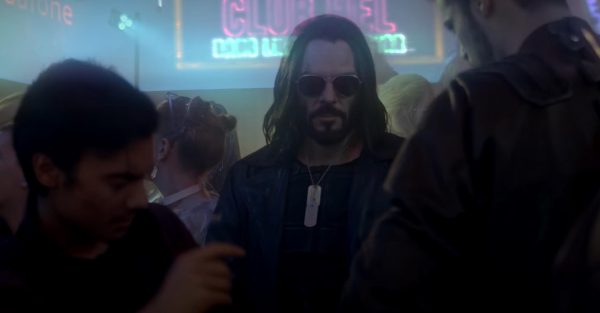 Basically, Netrunners in the Cyberpunk world install plugs in their heads, which they can then link up to cybermodems. While roaming The Net, they often use Icons based on ICE (Intrusion Countermeasures Electronics) programs, which allow them to hack structures such as data fortresses, and even other runners.

Some well known Icons in the Cyberpunk tabletop universe include Watchdogs, which manifest as large, black hounds with red eyes and can be tasked with guarding a runner's datafort, or perhaps another structure they're planning to keep under lock and key. Bloodhounds are cybernetically-enhanced versions of Watchdogs, and Pit Bulls are even more powerful still.

Basically, you're able to summon all kinds of interesting things to help you while you traverse the dangerous territories of The Net. There may be no Gwent equivalent in Cyberpunk 2077, but a touch of Pokemon or other catch 'em ups definitely won't go amiss.

Also, I don't know about you, but I'm personally gunning for a White Wolf summon.

If you're curious about what else was revealed on the podcast, we've got you covered. It appears that Cyberpunk 2077 level design improvements will be as substantial as the jump from The Witcher 2 to The Witcher 3, and that there will be over 1,000 NPCs with daily routines in Cyberpunk 2077. Also, the melee system won't look like it did in the gameplay demo.