Hawk-eyed fans recently noticed that the Cyberpunk 2077 map is closer in shape to a newer version of Mike Pondsmith's tabletop RPG.

It's already relatively common knowledge that Cyberpunk 2077 is based on Pondsmith's famous tabletop game, but it's important to remember Pondsmith's Night City - where Cyberpunk 2077 will be set - has been iterated on several times over the years. That's why Redditor Sokk650 recently pulled up an image from the CD Projekt Red forums depicting the Cyberpunk 2077 map.

So while scale isn't necessarily important at present, the first post linked above is worth examining for another reason. As Redditor Opfuscapist helpfully points out in the comments, Pondsmith has created a variety of different Cyberpunk maps over the years. Two of these are depicted below, the first one being a sketch of Morro Bay from roughly 30 years ago. 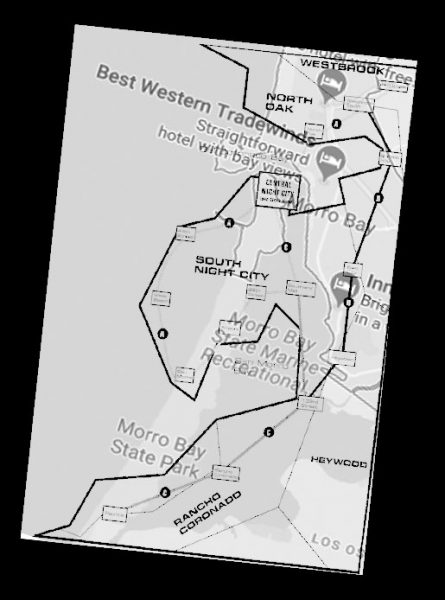 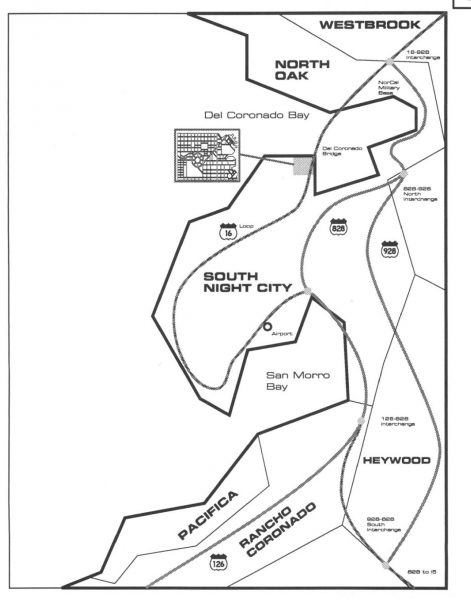 As you can see, the latter drawing is a more refined version of the first version, where area borders are more easily recognized. The coastline has also been reworked, resulting in an increase to the land mass north of South Night City.

This newer version helps to explain the positioning of areas in the Cyberpunk 2077 map, where South Night City has been replaced by the City Center, which should technically be northwest of where it is. The areas along the coast here have been refined yet again, with the Cyberpunk 2077 map being closer to the second image displayed above than the first, while still doing some iterating of its own on Pondsmith's original.

It's interesting to see what CD Projekt Red is doing differently with its depiction of Night City, but it's also worth examining the parts that appear to be the same - for example, areas like Pacifica and Heywood seem to be located almost exactly where they are in the tabletop version. 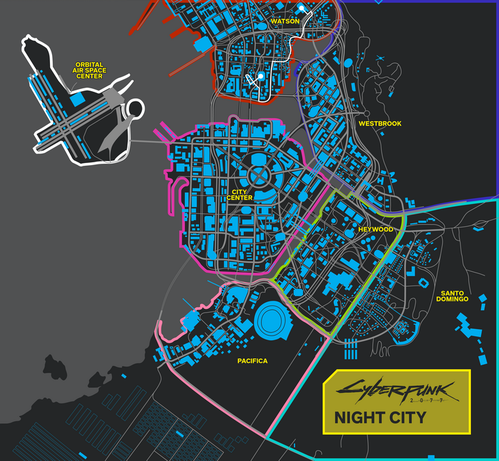 We won't really know what to expect from the Cyberpunk 2077 map until the game launches later this year, but it's always worth comparing what we have so far to the source material. If you're interested in exploring further before Cyberpunk 2077 comes out, you can check out Pondsmith's Cyberpunk 2020 over at R. Talsorian Games.

Cyberpunk 2077 is due to launch for PS4, Xbox One, PC, and Google Stadia on September 17, 2020. If you're hungry for more Cyberpunk, Grimes recently leaked her character's role, while people seem to have discovered a cool Easter egg in the Cyberpunk 2077 trailer from E3 2018.