Blackjack pursed his lips as the ripperdoc took another swig of bourbon, watching the shakes in his hand subside. “That doesn’t exactly inspire confidence, Doc,” Blackjack quipped, laid on his back on the operating table in Doc Razor’s back-alley clinic. He hoped his voice didn’t betray the anxiety throbbing inside him like a case of infected gums. Getting his first major upgrade after the big score on his last job, reinvesting in street cred, all that was well and good, but a getting an entire limb replaced with chrome was some serious ‘borging up'.

He glanced down at his left arm, the meat riddled with bullet holes, courtesy of an Arasaka squaddie’s 9 millie. “Bug it,” Blackjack thought. Time to metal up. He looked up as a robo-arm bearing a hypostim of anaesthetic hissed into his neck. His last view was of Doc Razor frowning over the surgi-suite console as multiple metal spiderlegs whirred to life. If he survived this, Blackjack thought, he’d truly be Cyberpunk…

Editor's note: Are you excited for Cyberpunk 2077, the next big RPG from the team behind The Witcher 3? We invited a Cyberpunk 2020 pen and paper RPG expert over to write us a primer on its world, explaining the factions, the tone, and everything in between.

CD Projekt Red hasn't announced a release date for its anticipated RPG. However, it is looking increasingly likely that Cyberpunk 2077 will make an appearance at E3 2018. Until then, read on to get accustomed to the world before launch.

The world of Cyberpunk is a retrofuturist, dystopian sci-fi nightmare where mankind has blended itself so seamlessly with technology that the line between meat and machine is no longer clear. Advances in cybernetics have enabled us to incorporate powerful computer processors directly into our brains, allowing us to upgrade our bodies with everything from rejection-proof artificial organs to enhanced optical replacements and full prosthetic limb replacements.

In this world of 2077, existence is broken and divided between those who have everything and those who have nothing. The United States of America is no more, balkanized and bankrupted by wars, orbital strikes, famine and rebellions. Into the vacuum of government rushed the mega-corporations, building walled enclaves of gleaming steel and concrete, guarded by elite security forces. Behind those walls live those lucky enough to work for the corporations. Outside those walls, chaos reigns.

In the old cities, the remains of local and state government struggle to hold at bay the forces of lawlessness; gangs of every stripe and flavor flourish, fighting constantly for control of territory.

The heartland of America is now a dustbowl where vast, Nomad “families” travel from place to place in huge packs; RVs, campers, motorcycles, cars, vans – constantly moving, surviving any way they can.

In space, the Orbitals, controlled by the Eurozone countries, keep their massdrivers pointed at the Earth, ready to unleash cheap destruction, pelting anyone who would challenge their economic sovereignty with rocks mined from the asteroid belt.

Through all of this, small groups of intrepid individuals – Edgerunners like you – weave in and out of the shadows, making deals, pulling jobs, and staying free. 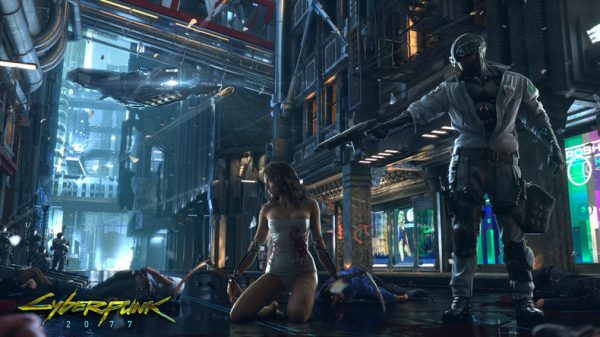 So, who's who in this grim vision of the future?

In the late 21st century, with the governments of the world increasingly weakened by conflict and wealth disparity, corporations have stepped into the breach to provide those with education, intelligence, and the means to live a safe and protected existence. Soldiers, either employed by the corporation or rented from another, patrol the streets and buildings of the enclaves and keep its citizens safe. Surveillance is everywhere; crimes are rare and ruthlessly punished. Corporate citizens believe themselves truly free – having sacrificed all liberty for the sake of security.

Across the dustbowls and empty highways of middle America roam the vast Nomad packs. Families, clusters of different families, sometimes entire towns, left to dry up by climate change, corporate greed and neglect, have taken to roaming the country, looking for new places to call home. Most Nomad families maintain strict moral codes and obey the old laws of the land, though of course there are always some dark, twisted exceptions. Members of a Nomad pack can always call on family to defend them, though – loyalty within the Family is fierce and unquestioning. It is the only way they have survived.

Like the rats with whom they share the dark parts of the cities, gangs are everywhere and nowhere at the same time. Traditional gangs who trade in drugs and guns are still common, but in this age of cheap, readily available cybernetic enhancements, a new and fearsome group – Boostergangs – have established a heavy presence in the disputed streets of the cities. Boosters are addicted to cybernetic enhancements, and exist only to find the next chrome upgrade – by whatever means necessary.

Despite the fall of the federal government, some towns and cities still maintain a semblance of municipal integrity, and the concept of Law and Order is not forgotten, even amongst the chaos of 2077. The fight to take the streets back, block by block, from gangs, goes on every day, and takes a heavy toll on those who live and breathe to fight on behalf of justice for those too poor to live in enclaves and too weak to Run the Edge.

Street Samurai. Soldiers of fortune. Mercenaries. Lone wolves. Whatever you want to call them, the Edgerunner exist in the margins. They take the jobs too risky for anyone else. They act as shadow agents for those who would not risk open war. They live for the money, owe nobody their loyalty, and live and die by their wits and skills. 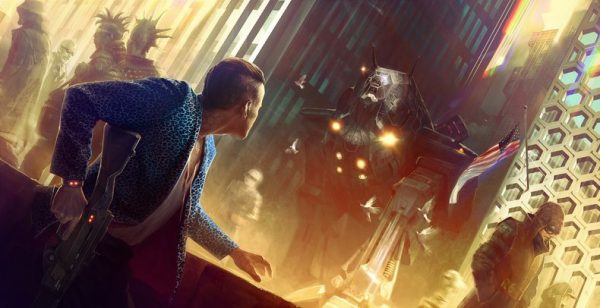 Nothing’s easy when you’re living on the Edge, but fortunately there’s a lot of room for different folks out here; lots of different skillsets make for a variety of ‘runners’.

Solos live behind the trigger of a rifle. Maybe you spent time as a merc overseas fighting in the jungles for Big Pharma, or walked a perimeter on a corporate enclave constantly beset by boostergangs. Maybe you just picked up a rifle one day and decided you weren’t going to take anyone’s shit anymore.

Either way, you’re the one they call when the shit really goes down. You’ve got an extra edge in combat, because you’ve survived this long. You know how to handle a rifle, a pistol, a SAW, a grenade launcher, a 50mm chain gun, and you can probably work out how to set off that tac-nuke if you have to. Just make sure you’ve got some stimpaks handy, or better yet, a Trauma Team card.

You’re the one who fixes stuff when it breaks. Or breaks into stuff that’s locked. Or locks stuff that needs to be guarded. Whatever the case, if it’s got an electronic circuit, requires tools or is just plan complicated, you’re the one for the job.

You might specialize in weapons, cybertech, or electronic security, but you can build, dismantle, fix and sabotage basically anything made by anyone. Your cousin, the MedTechie, can do everything you can, but just with a human body. Pfft. Human bodies.

You know A Guy. Seriously. You probably know a lot of them. If it’s on the street, underground or anywhere it shouldn’t be, you can get your hands on it. Blackmail info on a local union head? No problem. Specs on the gang leader’s hideout? Give me a real challenge. A crate of top-of-the-line Arasaka M-66 automatic rifles in .223 caseless? Already got ‘em.

You. Are. The. Law. And what The Law says, goes. Maybe you’re a stiff-necked, by-the-book desk lieutenant. Maybe you’re a hardened, street-smart sergeant who knows when to look the other way for the greater good.

Either way, you wear the uniform, and carry the boomstick, and those gangers better run when they see you coming. Maybe you get real lucky and catch a promotion to the PsychoSquad – the ones they call when a boosterganger installs one too many implants and goes on a cyberpsychosis rampage. Those are fun.

In the Information Age, those who report the story control the story, and you’re determined to be the first on the scene to do so. You’ve got a satellite uplink clipped to your belt, wired into the camera in your head - no need for any clunky equipment or tech team.

Maybe you’re a hungry stringer making ends meet by selling your stories each night, determined to keep the truth sacred. Or maybe you’re a veteran field eye for Network 54, selling the truth as the corps see it to the deluded masses. Whatever the case, you’re the eyes and ears of the world out there on the Street.

In these troubled times, you bet your ass that people are looking for someone to believe in, someone whose message of hope and rebellion against the faceless, greedy Corps gives people a reason to go on struggling every day.

You’re a warrior-poet, ready to put your life on the line to get the message out there, to keep the music alive, to make sure that people know that there are things worth fighting for.

Your suit is worth more than most peoples’ homes. You drive next year’s model before it hits the lots. Your implants are tasteful and discreet, and your plastic surgeon is the best that money can buy. But you’re always looking for that leg up, that advantage in the next deal, and you’re not shy about getting your hands dirty or hiring some outside muscle on the sly.

The tech you’ve got in your head is beyond anything that most people can even fathom. Forget knowing programming languages, you’ve been breathing them all since you were five years old. With your neural connection and your cybermodem, you directly interface with the Net; real-time computer users might as well be frozen in place, you’re into the data fortress and back out again before they can even blink, and you left behind a crypto-bomb just to let them know they’ve been had. If it’s on a computer, you can get it, and nobody can stop you.

Running the edge is dangerous. Most who do don’t live to see 30. You learn not to make friends, because you’ll probably be pulling their bodies out of a smoking wreck. You stay frosty, stay hard. Above all, you stay free.

With a Netflix series on the horizon for CD Projekt Red's The Witcher, many are left wondering if Cyberpunk will be getting its own Netflix series. If you've heard it is coming to Netflix, I'm sad to say this is just a rumour and it's very unlikely. If the game is successful, however...

If that's got you excited for CD Projekt Red's next game, read this article on why Cyberpunk 2077 may be releasing on the PS5.