Custom servers are coming to Seas of Thieves, and Insiders will be able to access the option at some point in the near future.

An early alpha version of custom servers for Sea of Thieves will roll out to Insiders, Rare has announced.

According to the developer, the team will be working with creators and community groups to test custom servers in a live environment. It will also be gathering feedback and prioritize "future development priorities in this area."

The hope is custom servers will allow groups to run community events. Many players already host events in the game such as races, fashion shows, and fishing competitions as well as new games like SkullBall, The Pirate Games, and more.

The alpha release will allow creators and community groups "swift access" to custom servers, providing them with the ability to host custom events and invite players to take part. 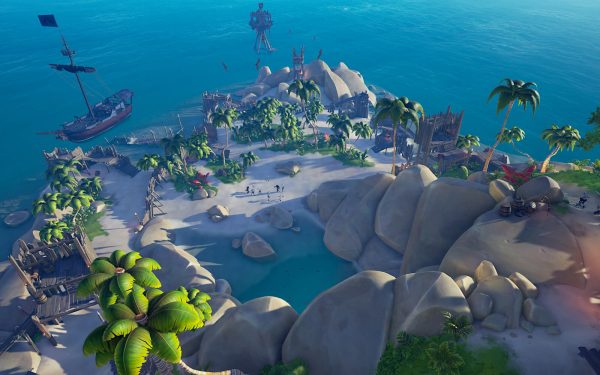 Custom servers will not allow gold or reputation progression as they are not intended to be used as a PvE server,  but will provide the ability to set up a Custom Adventure Server. This will allow customization of ship numbers and types prior to starting, and the generation of code to distribute to community members to allow them to join.

The developer goes on to state that eventually the servers will be an optional feature that can be purchased from the Pirate Emporium.

You can find out more about Rare's plans for custom servers at the link.