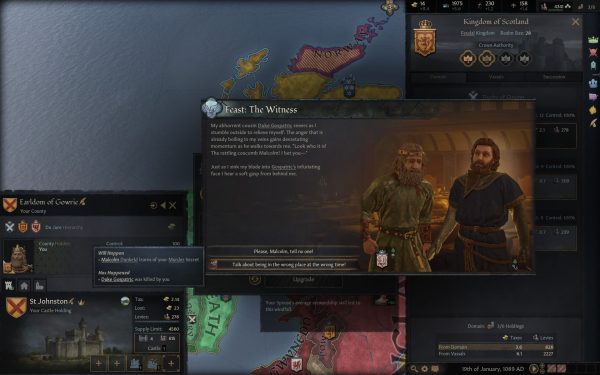 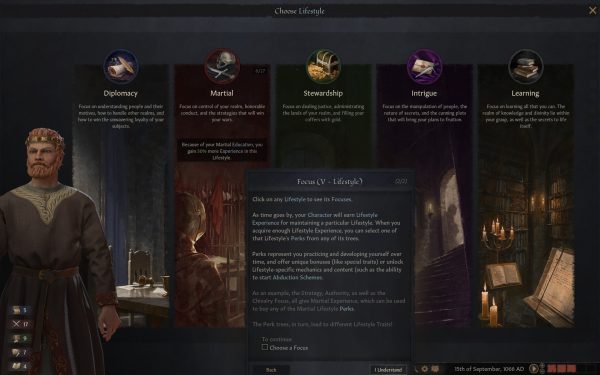 What sets the Crusader Kings franchise apart from other grand strategy titles is that there’s no real “win” state - it’s a marathon that truly tests your perseverance as your leader can die and be replaced by the heir in a heartbeat. Maybe you developed that heir’s skills to match their parent, or maybe you set them on a different path, which changes the narrative direction almost instantaneously. While having high Intrigue is good, if your Martial skill is shit, you won’t be winning any crusades.

Back when I spoke to the game’s director, Henrik Fåhraeus, he described how the team were keen to engage with new players - whether they’d played any grand strategy titles beforehand or not - without “dumbing down” the Crusader Kings experience and estranging the established community. The RPG elements - from customising your leader’s looks down to Lifestyles and traits - have all been expanded upon in such a way that makes the gameplay far more immersive and enjoyable. 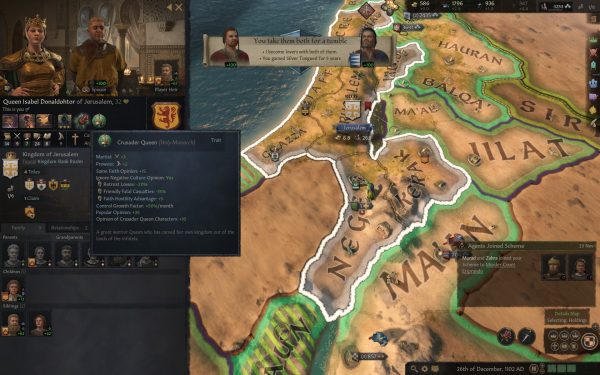 One unexpected outcome of this win and death occurring at the same time was that I was faced with a Dynasty decision. I could carry on as Malcolm's son, Donald, and lead Scotland for another generation, or play as my beneficiary, Isabel, who was crowned the Catholic - and female! - leader of the Kingdom of Jerusalem.

The chance to play as a woman so early in on the game - around the 1066 timeline - is pretty rare, and the circumstances of her victory led to her being hated by the surrounding leaders. Plus, you can't really get more of a win in Crusader Kings than taking Jerusalem by force - even unknowingly - so I declare myself the ultimate victor ahead of its release. Sorry, medieval history nerds.

One key feature in Crusader Kings 3 is Stress, which builds as your leader faces various scenarios, like all of their children dying during a pandemic or at war. When playing as Isabel, she racked up an enormous amount of stress after several children died due to the fact I had a Lifestyle perk active that made her a family-orientated leader. At first, I was able to make a choice that offset her stress with no repercussions, but as the deaths kept coming, I was faced with the unpleasant task of deciding on a permanently negative trait that was potentially congenital, therefore inheritable. This trait would negate her stress levels, but the choice wasn't ideal; she could become sickly with a small appetite or an alcoholic, both of which would affect her longevity. 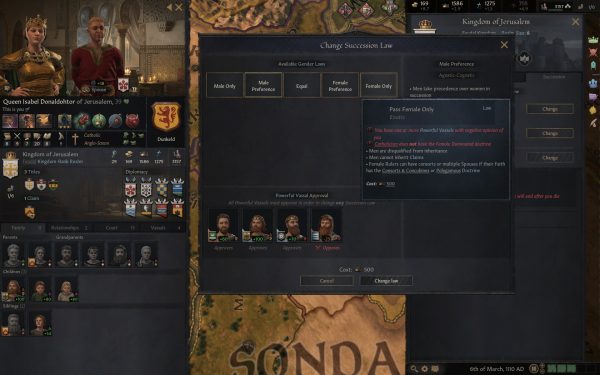 There are a few issues here and there - dead guys wanting titles to your lands or heirs suddenly becoming unavailable despite being very much alive - and fans will be disappointed to hear that there are no plans to allow you to have a horse leader any time soon. That one-eyed, lunatic eunuch, though? He can stay.

At launch, you'll be able to start in either 867 and 1066 with access to almost every ruler across the entire map. There are hundreds of leaders to choose from, with each continent and region facing unique war time scenarios, adopting various religions and having different rules of succession. More are likely to be added in the future, but there's definitely enough variation to satiate your grand strategy appetite.

All in, Crusader Kings 3 is my Game of the Year so far. If you’re looking for a new strategy title with some RPG flair that will suck you in for 500 hours or more during this endless lockdown, then it should be on your wishlist already. Better still, future support is already assured - there's one expansion already in the works plus a few flavour packs coming soon if the huge base game isn't enough for you.